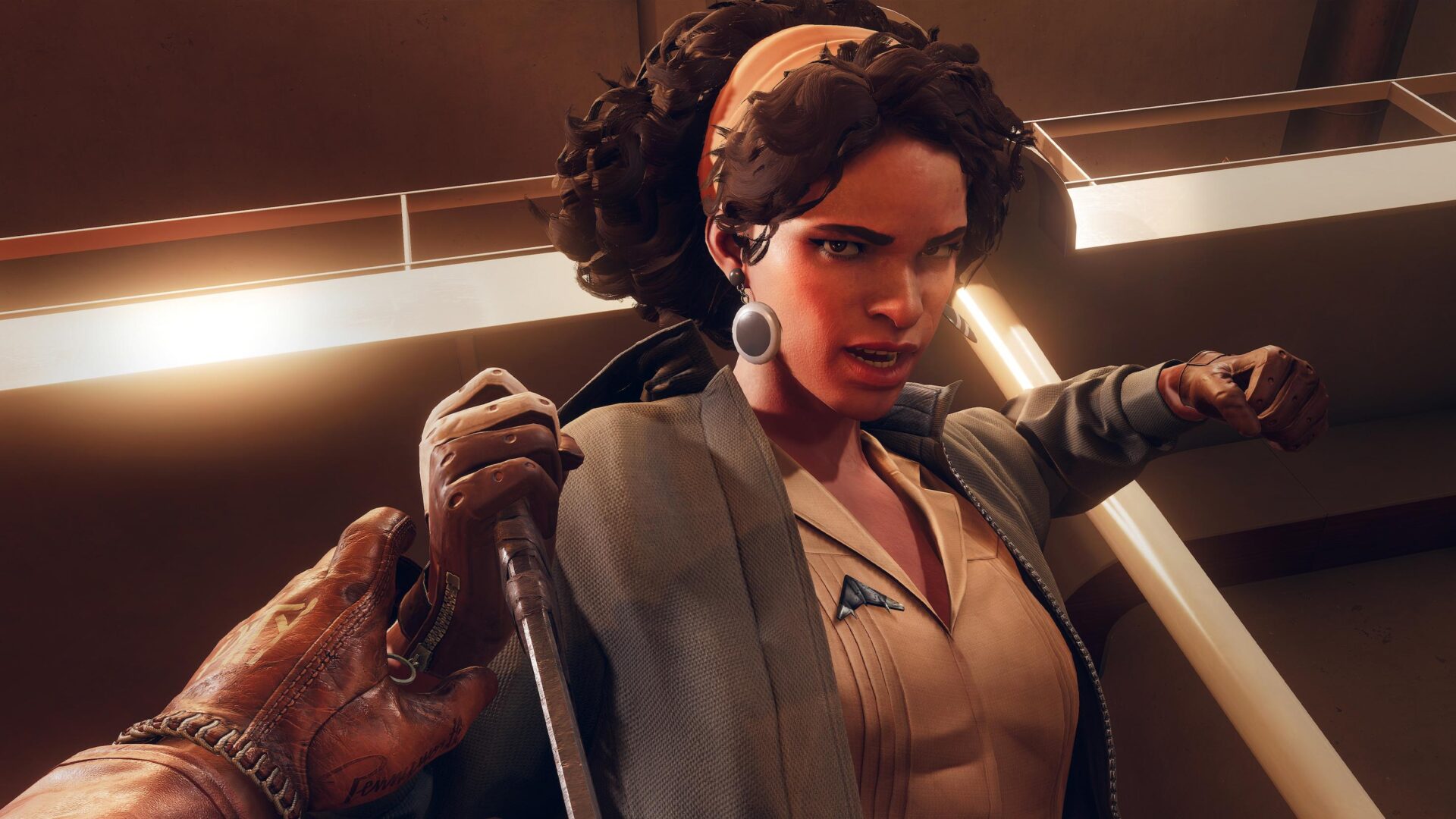 In this guide, we’ll be running you through how to get the delivery code in Deathloop to open Gideon Fry’s delivery booths, and also explain exactly what they’re used for.

Chances are, you’ve heard Gideon Fry The Delivery Guy’s commercials of sorts across Black Reef. This isn’t just a funny little bit of world-building, but a nod to a gameplay mechanic you’ll need to make use of in Deathloop.

What Are Delivery Booths Used For?

Gideon Fry the Delivery Guy Booths enable you to request the following items to different parts of the island:

You won’t be able to access these delivery booths right away, but you will need to use them further down the line in order to solve a number of other ‘leads’ and discoveries across the various regions of Black Reef. In particular, you’ll need to use these in order to get the Sterlak Verso pistols, one of the unique weapons in the game.

There are four delivery booths in Deathloop, one in each region that you’ll visit on your loop-ending quest. We’ve listed their exact locations below:

Each time you find one of them, they’ll be added to your ‘Discoveries’ page where their locations will be detailed so you can return at a later date.

How to Get Delivery Code for Gideon Fry Booths in Deathloop

To get the delivery code in Deathloop, you need to head to Fristad Rock at noon. Here, make your way to the big bunker, being mindful of the enemies out front, and use the button to open the door.

Once you’re inside, press another button in front of the next door to open it up and take the guards just up ahead.

Go up the stairs to your left, but be careful, there’s a camera just around the corner that’ll scan down the walkway, so use your Hackamajig to take care of it before going any further.

Walk over towards the camera and head down the hallway to the left. Go down here and take the door at the end. You’ll now find the code on a white board by some schematics for a plane.

It’s worth noting that the delivery code in Deathloop will be random in each playthrough, so unfortunately we can’t just give you it. You’ll need to follow the steps above to find your playthrough’s unique sequence.

The code scrawled on the whiteboard here is the only one you’ll need to open all four of the Gideon Fry the Delivery Guy booths in Deathloop. Simply walk over to them, enter the code, and voila!

That’s everything you need to know on how to open Gideon Fry’s delivery booths in Deathloop. For more tips, tricks and guides, head over to our wiki, or see more of our coverage on the game below.