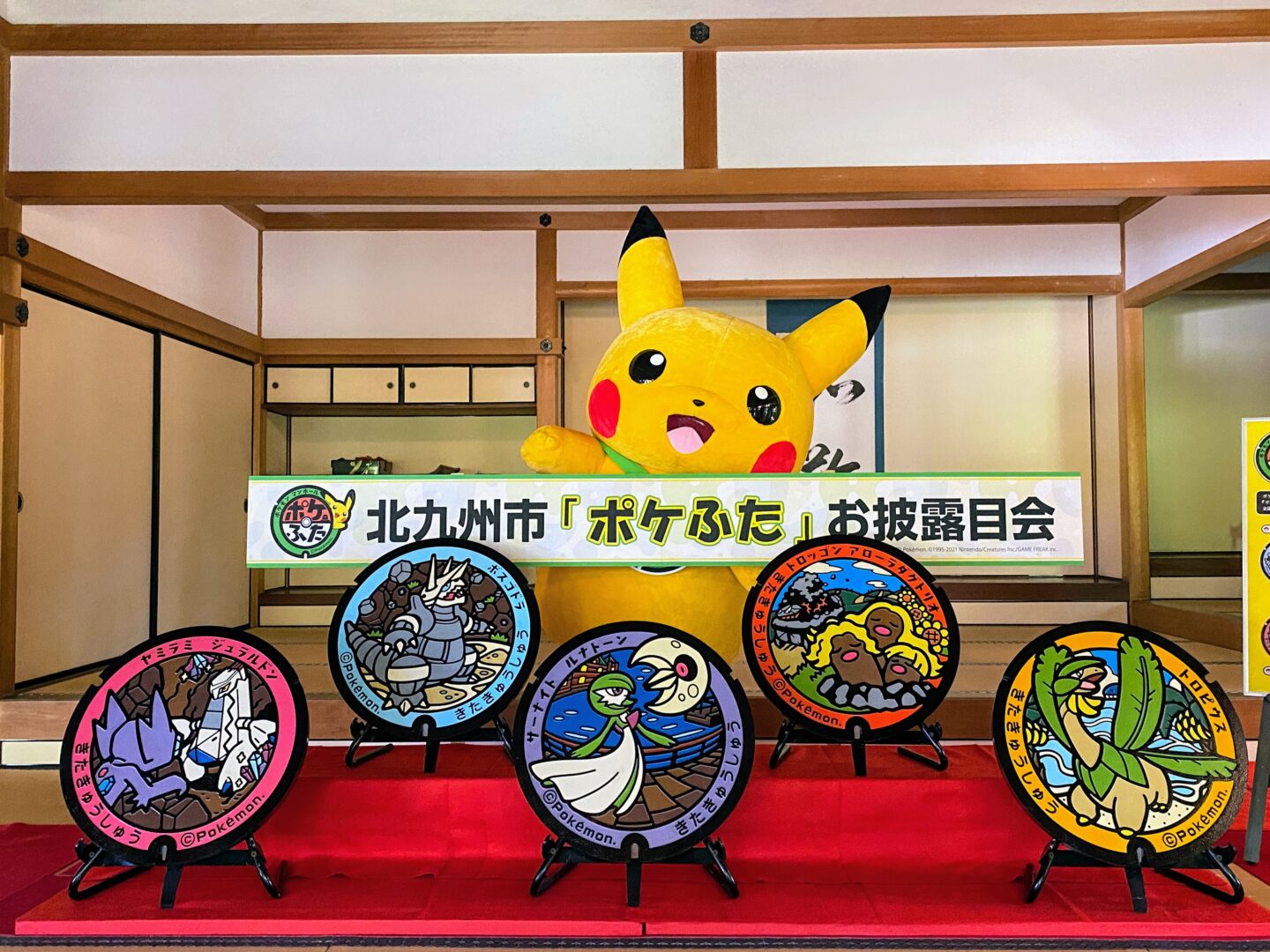 The “Poke-Lid” trend in Japan keeps going strong as more Pokemon-themed manholes have been installed in a local city.

This time around the five new colorful manhole covers have been installed in Kitakyushu, Fukuoka Prefecture.

They portray the following Pokemon (identified by our Rebecca Stone).

You can see what they look like below, alongside a couple of pictures from the official press release portraying the unveiling ceremony in Kitakyushu city, and a full image with all the current Poke-Lids.

The trend started with the installation of the first Poke-lid portraying Eevee in Ibusuki, Kagoshima prefecture, back in December 2018. As of now, 198 of the colorful manholes have been installed in eighteenn prefectures including the seven showcased here.

If you want to see more, you can check out those installed in Tottori prefecture featuring Sandshrew and Sandslash, the lids portraying Chansey in Fukushima prefecture, the batch in Hokkaido, featuring Vulpix, the group in Niigata prefecture starring Magikarp, another in Nara prefecture portraying a bunch of different Pokemon, the previous batch in Ogasawara, another group in Kyoto, the previous Exeggutor batch in Miyazaki prefecture, more in Hokkaido, and another batch in Kurashiki, on top of a video from a few months ago showing how the Poke-lid are made.