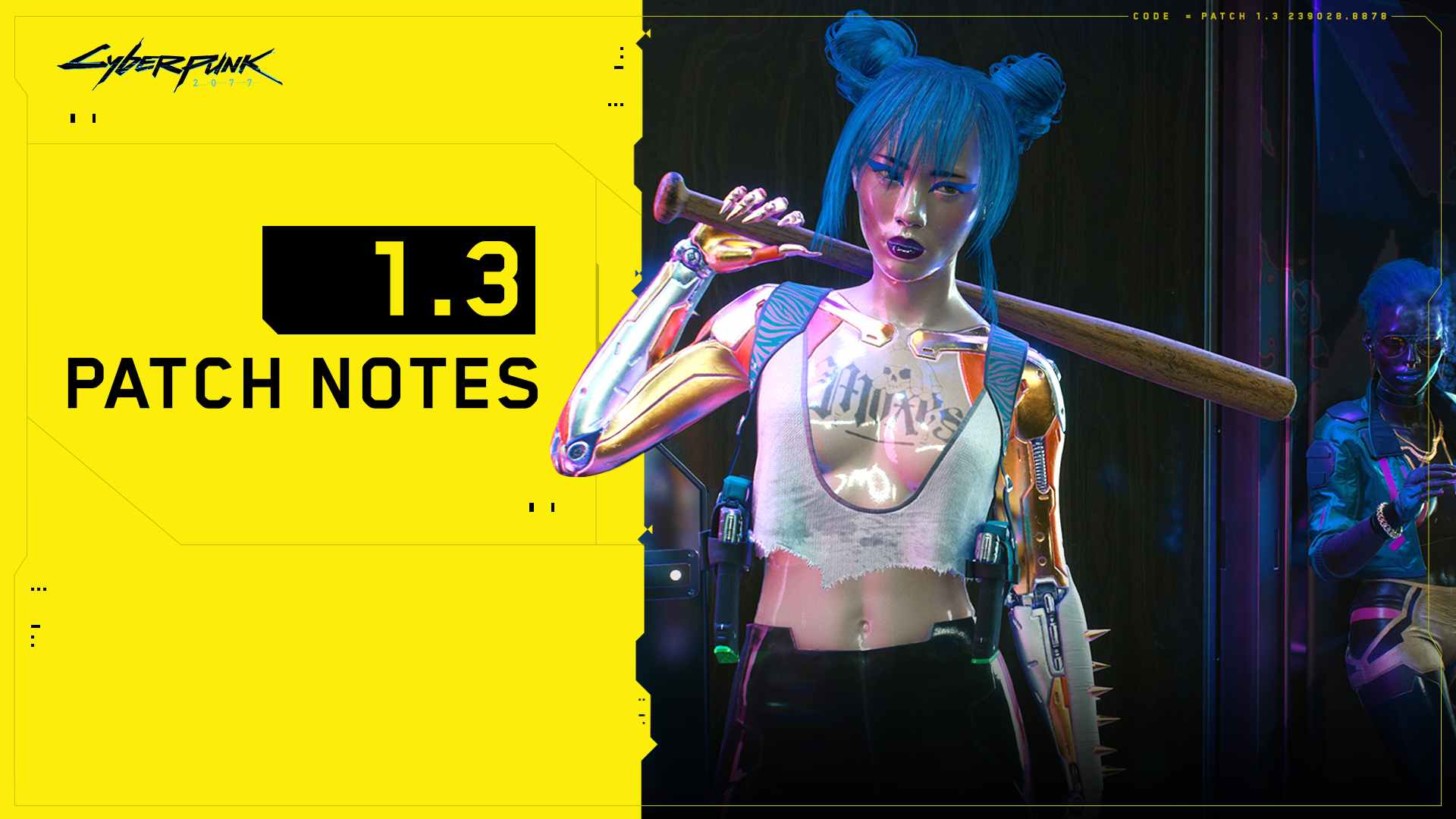 Today, CD Projekt Red revealed the newest patch for Cyberpunk 2077, which will feature a lot of small changes to the overall game. In a live stream announcing and discussing the patch, the developers stated that significant changes include a zoomed-out mini-map while driving, more actions for Nibbles, two new DLC jackets, a brand new car, and an alternative look for Johnny Silverhand.

Right after the live stream, the full Cyberpunk 2077 1.3 patch notes were listed on the official website. Alongside the changes we listed above, you’ll see plenty of other helpful improvements to Cyberpunk 2077:

There are also plenty of mission-specific notes for the patch, which you can see by clicking on the drop-down on the website. If you’d like specific insight from the developers on the Cyberpunk 1.3 patch, a full replay of their recent live stream can be found here.

You can also find plenty more related Cyberpunk 2077 located right down below. Be sure to check back to Twinfinite for more information once we’ve had a chance to test everything out for ourselves.