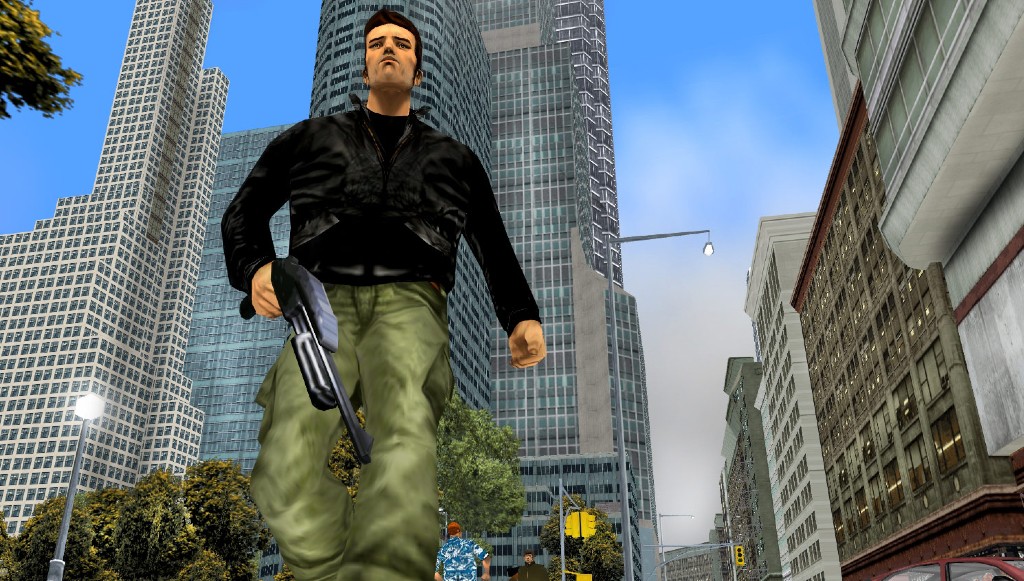 With newfound rumors as originally reported by Kotaku of Rockstar Games planning for all current platforms, a trio of GTA remasters, including Grand Theft Auto III, Grand Theft Auto: Vice City, and Grand Theft Auto: San Andreas, it only makes sense to think about what improvements the developer could add to make these great open-world action games even better.

Returning to GTA III, Vice City, or San Andreas after playing GTA IV and especially V (which by the way, the latter is still coming to PS5 and Xbox Series X and S) might make for a rude awakening for many players used to the more refined control schemes of modern GTA when compared to the PS2 games. Understandably so, of course.

Thus, it would most likely behoove Rockstar Games to improve upon some of the less-than-perfect controls of the PS2 GTA games. No doubt more unified controls across all three games would be ideal.

Furthermore, improvements especially to the aiming and shooting mechanics would make for a better remaster of these games as well. Lock-on can stay, of course, but the ability to better free-aim your guns would make for a more optimal (see: less agonizing and annoying) experience.

Making the controls of the remastered GTA games more akin to those seen in GTA IV and V brings with it not just familiarity but would make for a better gameplay experience overall.

Something that some of us may take for granted nowadays in modern GTA games, but it is an honest to goodness godsend is that of mid-mission checkpoints. In the more classic GTA games, if you failed a mission, even if it was near the tail end of a 10-20 minute endeavor, you would need to start the mission from the very beginning.

There is nothing more demotivating as a GTA player than constantly failing a difficult mission, and then finally reaching the home stretch only to fail at the very end. This is especially true if you have to repeat a particularly annoying part or worse, an insanely easy part (such as driving to a destination) just to get to the part that tripped you up earlier.

Thankfully, recent GTA games have included mid-mission checkpoints, avoiding the need to replay obnoxious parts of missions if you’ve already reached a checkpoint. This would make a lot of late-game missions within GTA III, Vice City, and San Andreas all the more manageable and enjoyable while making them all the less frustrating.

While we’re not expecting a GTA Online equivalent to any multiplayer that would be added to the rumored GTA remasters, that isn’t to say that multiplayer, specifically the online type, wouldn’t fit within these games.

Take Grand Theft Auto: San Andreas, for instance. In that game, while Carl “CJ” Johnson explored the state, there were points the player could stumble across where they could initiate a two-player mode – however limited it was.

The multiplayer in San Andreas focused on two aspects: Rampage missions and Free Roam. The former allowed two players to battle wave after wave of enemies, causing as much destruction as possible in the process. The latter bounded both players within close vicinity, but they could explore the expanses of San Andreas together.

With the advent of online play, these modes could not only be given the online treatment in GTA: San Andreas, but also added to GTA III and Vice City as well. The more, the merrier, after all, which would add even more value to these rumored GTA remasters.

If Grand Theft Auto III, Vice City, and San Andreas are going to get the remaster treatment, making them look more glorious than ever before in the process, then why not allow players to get a closer view of the work done with remastering these games with a first-person view?

Not only would the details of the environments and world of these bona fide classics become available to be appreciated even more, but it’d give the gameplay a fresh perspective as well.

Imagine looking through the eyes of Tommy Vercetti or Carl “CJ” Johnson and getting absolutely immersed within the world of Vice City or Los Santos. We’re getting goosebumps just thinking about the possibilities!

Licensing music can be and always is a legal nightmare because as licenses expire, and as we’ve seen with past GTA games given the re-release treatment on older HD consoles, songs get removed from the games.

The Grand Theft Auto series is a veritable treasure trove of awesome music, really fitting of the times and eras each game is set in. That is whether you’re rocking out to ’80s hair metal in Vice City or listening to the classic beats and rhymes of Playback FM in GTA: San Andreas.

The addition of more music and more radio stations to all three GTA remasters would make for a fine inclusion, offering even more jams to cruise the city streets with and to perform all the crimes you can muster – whether that be the destruction of property, unlawful use of a weapon, jaywalking, etc.

While more pie-in-the-sky thinking, it would be even better if Rockstar could somehow retain all of the songs from the originals rather than use the cutdown catalog of songs from the previous re-releases.