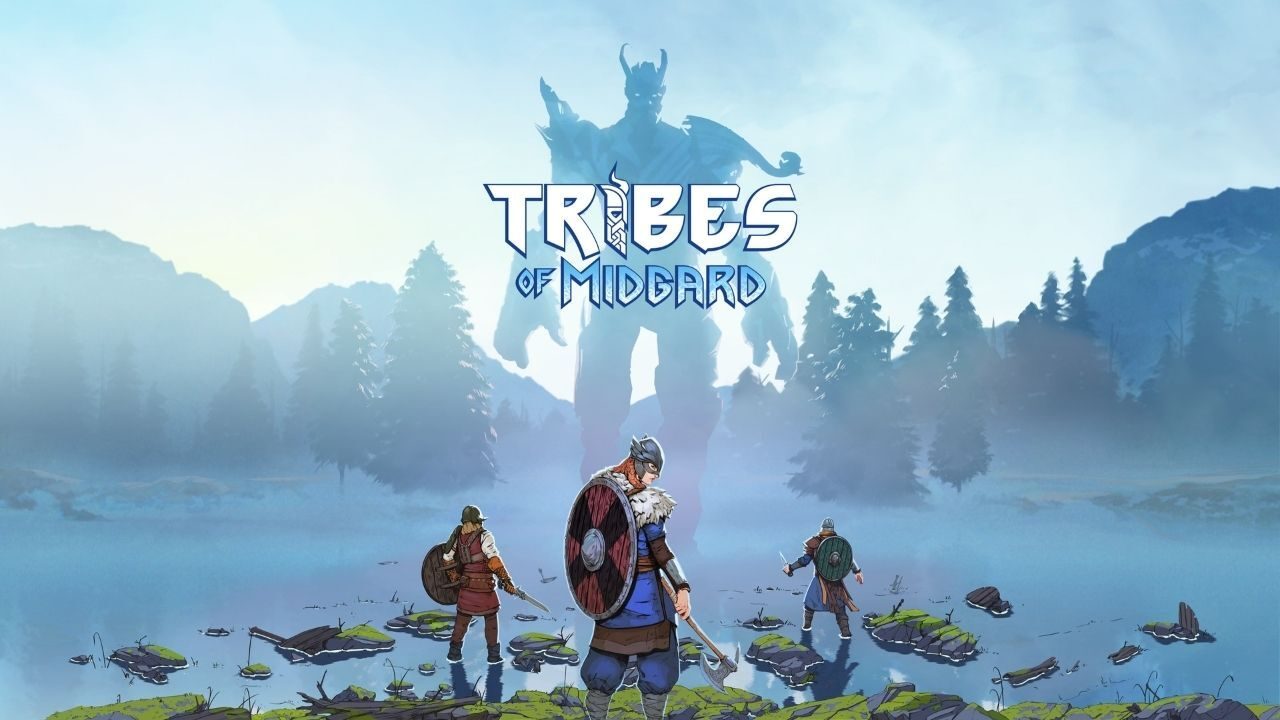 Norsfell’s Tribes of Midgard is finally about to release, and it’s certainly an interesting game with intriguing gameplay and an engaging setting.

Taking on the role of a mighty Einherjar, players will have to defend their villages from the literal end of the world, heralded by monsters and terrifying giants.

Giuseppe: You collect souls, you lose them when you die, and the game does feel a bit Souls-like in the pacing of its combat. Is there a bit of inspiration there?

Julian Maroda: We’re inspired by a lot of classic games – our team worked really hard to make Tribes of Midgard a game that’s taking some flavor from a lot of our favorites like Diablo, Don’t Starve (especially Don’t Starve Together), and more.

To be compared to the Souls franchise is honestly humbling. There are definitely some small similarities that you’ve already mentioned, but I think that’s about as far as it goes. Tribes of Midgard was designed to make survival gameplay more accessible – where you can have an awesome shared co-op experience with friends, and we made sure that our difficulty would scale automatically to however many players are in a given session.

Giuseppe: For a game portraying literally the end of the world, the art style is quite bright and colorful. What is the reason behind this choice?

Julian Maroda: As you can tell from our studio’s name we are big fans of Norse mythology. It’s so bright and vibrant – and though our Western culture is shaped heavily by Norse traditions and storytelling – many are less familiar with it than they might be with, say, Greek or Roman mythology. And Norse mythology is not all dark and dour.  One whimsical example from myth: Baldr, the Viking God of light, joy, purity, and the summer sun, who’s nigh-invulnerable, is taken down by an arrow made of mistletoe! We really wanted to bring players into that lively, whimsical, and beautiful world of Norse mythology.

As we zeroed in on the design, we wanted to convey the right tone through our art. As an Einherjar, a glorious Viking hero chosen by Odin himself, you have been revived for this exact moment, a pivotal one to save all of Midgard. These warriors aren’t scared of Ragnarök! Instead, they view it as a chance to prove themselves and become a hero of legend. So the bright, colorful appearance is reflective of not only Norse mythology, but the excitement that an Einherjar would feel as they rise to the challenge of saving Midgard and becoming part of the myth, too.

The contrast also helped us to visually signify things happening in the game, like danger. For example, one of our Giants has this dark purple cloud that surrounds her and turns day into night (and impacts the state of resources!) Those clouds let players know they’re getting close – the purple fog hangs forebodingly in the air. She is quite literally looming over your village in a sea of violet!

Giuseppe: How did you ensure that each giant feels like a unique challenge compared to the other giants?

Julian Maroda: Norse mythology is so rich with characters for us to choose from, each with its own distinct characteristics, personalities, and mythology, and our Giants reflect that.

In Tribes of Midgard, not only do all our Jötnar look different, they fight differently based on the mythology that inspired us. For example, many of the Jötnar in Norse mythology have power over a specific element, so we built their look and their attacks around that.

Giuseppe: What was the most challenging aspect of developing a game like Tribes of Midgard?

Julian Maroda: It was probably balancing the gameplay for solo play and ten-player co-op – and everything in between! If you do the math, the number of variables we’re juggling from a balance perspective is just staggering. There’s such a wide range, and so much to adjust based on the party size – not just difficulty, but taking into account how many events you can throw at people since one player can’t be everywhere at once.

To solve this we ended up building out a whole lot of balancing levers we can tweak based on the number of players in the game. Each balance has varying levels of nuance around enemy health, map size, Giant spawning rate, night wave difficulties, resources earned, and many more. Then we had to balance all our classes, armor, and weapons to ensure they’re at the right power level across all of those permutations, too!

Giuseppe: Are the classes balanced so that having a mix will provide an advantage, or players can pick whatever they want without worrying about that?

Julian Maroda: We really are trying to make Tribes of Midgard both accessible and driven by player choice. Sure, you can take down a Jötunn with 10 Rangers, but your Tribe’s/groups ability set/tools will be far more limited than compared to a more mixed team.

If you play as a team, while ensuring that you have multiple classes (and in larger parties, to have one of each of our 8 classes,) you will have a balanced team that can face greater challenges than if everyone played the same class.

We recommend mixing it up, not only because it’s fun to try new classes, but it’ll also be more balanced from a gameplay perspective. The classes interweave with each other, and each has its own set of strengths and weaknesses, special abilities and skills. For example, when you combine a Berserker’s wanton destruction with a Guardian’s tanking skills, magic happens. And that happens across different permutations of all eight classes in the game – then combine these classes with the 30 modifier Runes we have, the possibilities are nearly endless!

Giuseppe: We haven’t seen much about dungeons. Could you share more details about that? And how will dungeon-crawling work with the requirement of having to defend your village every night?

Julian Maroda: Dungeons are super cool, but Tribes of Midgard isn’t a dungeon crawler, per se. Think of Dungeons as another biome in the game, but one with a bit more challenge. Each dungeon is made of 3 floors that become increasingly hard to survive, with the last floor containing an epic treasure chest that only unlocks after having defeated all creatures there. More powerful monsters (and their loot!) will appear in these dungeons, so make sure you’re bringing a strong team to bear…and don’t forget about the Helthings or an encroaching Jötunn back at the village in the process!

Giuseppe: You mentioned the possibility of post-launch content. Do you have any examples you can provide of what players can expect on that front?

Julian Maroda: More than a possibility, it’s definitely happening! While I can’t say a ton right now, we have major plans for seasonal content that will expand the world of Tribes of Midgard. We’re planning to release multiple post-launch “Sagas” on a seasonal basis, and each will be centered around a challenging Saga Boss – and the tools you’ll need to take them down. These Saga’s will build on each other in that we’ll never remove previously released content. In the end, our vision is to create the ultimate Norse-themed sandbox where players can live their own mythology!

Giuseppe: I understand that the game has a pretty heavy focus on co-op, but what kind of hopes does a solo player have to defeat giants?

Julian Maroda: Well, that was actually one of the biggest challenges we had to overcome when developing the game. Tribes of Midgard automatically balances and scales difficulty based on party size, so you’ll absolutely be able to take down Jötnar solo or with friends (and it won’t just be an automatic walk-in-the-park if you bring 9 others!) Plus, to make solo play even more viable, we isolated it as a separate mode that features a smaller map size as well as special balancing.

Now that Tribes of Midgard is nearly out on PlayStation and PC, are you considering expanding to other platforms?

Julian Maroda: For now, we are focused on delivering the best experience possible to our PC and PlayStation communities at launch.

Julian Maroda: Honestly, we’re just super excited for players to get their hands on the game. We’ve been working so hard on Tribes of Midgard since our 1st prototype in 2017 when we were just 9 on the team. Our community has been with us all along the way, especially during the 3 Closed Alphas and Open Betas we ran in 2019 that got us on the front pages of Steam and Twitch. The response has just been phenomenal and we’re so proud that our team was able to put this game together.

One thing I’ll add – Vikings were tribal. Hence, you know, the name TRIBES of Midgard. Even though you can certainly play solo, the game is definitely best experienced with a few friends, so if you’re reading this and excited to play, then start getting your tribe together! Valhalla can wait!