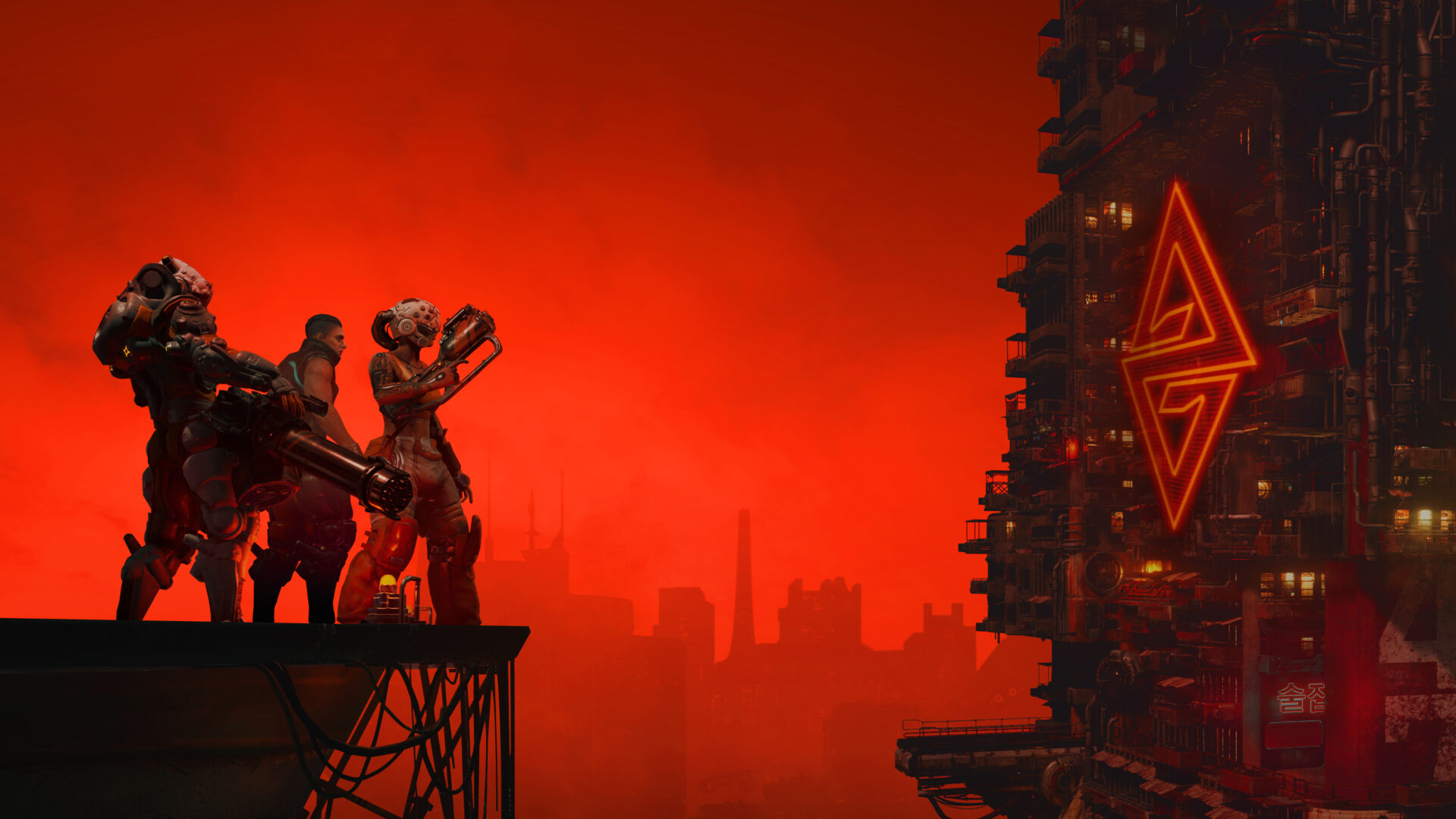 The Ascent on PC

December 2020 brought with it one of the biggest disappointments in recent video game history. CD Projekt Red’s Cyberpunk 2077 promised us a futuristic, cyberpunk universe, teeming with things to see and do. Performance problems aside, it somewhat delivered on this vision, but it still left many with a bitter taste in their mouths. Seven months later and the dust has settled, and now it’s the turn of Neon Giant’s The Ascent to try its hand at satiating our cyberpunk cravings.

I’ll note now that, for the vast majority of my time with The Ascent, I played in single-player. The game does allow for co-op multiplayer both with friends and strangers online, but due to low player numbers during the review period, playing online multiplayer proved to be incredibly difficult. As such, the opinions and criticisms shared in this review are largely based on my time exploring Veles solo.

Taking place in the cyberpunk world of Veles, you’re an ‘indentured’ citizen. Essentially a slave to a corporation with little to no rights, you live your life down on the lower levels of this towering, layered world. The more affluent and ‘free’ people live at the top, and both your affluency and social standing are lower the further down you are. Corporations battle it out for control of technological assets across Veles, and it just so happens ‘The Ascent Group’ has recently shutdown for unknown reasons, putting the survival of your district at risk. With your (and many others’) life on the line, you embark on a new mission to find out what caused this sudden downfall.

From there your story evolves, you’re eventually recruited into yCorp’s Corporate Grab Team (CGT). These teams are tasked with acquiring the assets of recently shut down corporations before another corporation’s grab team manages to acquire them. This often involves a bit of hacking, traversing the world, killing a bunch of incoming rival grab team members, and then reporting back to your superiors.

I wasn’t all that wowed by the story. It’s an interesting take on the cyberpunk genre, with the societal ‘layers’ of Veles feeling not too dissimilar from the Snowpiercer train’s hierarchical carriages. But The Ascent buries a lot of its interesting information between abbreviations and technical jargon that went straight over my head. Some of this you can quiz characters on in conversations when first accepting a quest, but this isn’t always an option.

The mystery surrounding The Ascent group’s sudden collapse does keep you on tenterhooks right until the end, but the general busywork you’re doing for yCorp initially is largely forgettable. The voice acting here feels a little all over the place, too. Some characters spoke with believable emotion and plight, while others sounded over-the-top or just straight-up out of place.

The good news is that The Ascent’s world is, initially, fascinating to simply exist in. Veles is a massive, sprawling city of buildings stacked on top of one another, an overdose of neon lights, chrome and winding pathways. Streets are crammed full of civilians both alien and human, offering you words of advice on ‘the orange stuff’ that makes you see a lifetime in a heartbeat, or casually asking if you have anything to sell or want to buy as you pass markets.

It’s easy to just get lost, roaming the streets to find chests with upgrade materials or new weapons hidden in dark corners, or just doing a spot of shopping to upgrade your wares. It really took my breath away the first time I entered Cluster 13, my character’s home area of sorts.

Littered throughout the world are NPCs looking for a blood-soaked helping hand, or vendors selling new Cyberware, augments, weapons and armor. Others upgrade your weaponry with crafting components scattered throughout the world with their tell-tale glows. All your weapons can be upgraded if you have the right components, and once you’ve upgraded a specific weapon, all variants of that weapon you then pick up or purchase will remain at that upgraded level.

Developer Neon Giant has really leaned into its cyberpunk setting here, from the aesthetics of the world, right through to the thumping cyberpunk techno that ups the ante while you’re firing off round at thugs and alien enemies, delivering hammer blows with your fist augmentation (read: special ability). When you’re busy just exploring the world, you’re left with these chill synth tracks that perfectly transition into that harder-hitting bassy beats when the bullets begin to fly.

It’s the combat in The Ascent that really stands out. Each time you engage in a gunfight, you’ll inevitably take on far more enemies than you’d expected. Even walking the streets I’d be accosted by gangs of thugs trying to warn me off their territory. It makes each combat scenario feel not only important, but equally dangerous. It’s easy to get overwhelmed by enemies until you’ve improved your loadout, but once you do, mowing through low-level enemies guarding earlier streets gives a satisfying sense of power.

But just as likely as you are to wander into low-level enemies as you’re trying to take on side quests or just reach you next main objective, you can also walk straight into a high-level area unexpectedly. There’s no markers on your map or warning of when this might happen, but if you push in far enough it can become infuriating trying to battle your way out of the accidental lion’s den you’ve stepped into.

And it’s here where things begin to fall apart for The Ascent. The bulk of the issue focuses around inconsistent difficulty from mission to mission and each quest’s ‘Recommended Level.’ Like in many other RPGs, this gives you an idea of whether your character is leveled up enough to take on the challenge ahead. But, in The Ascent, these seem to be about as much use as a calculator in an English exam.

For example, in a side mission called ‘The Stash’ it required me to navigate parts of the city with enemies at level 14, yet the recommended level was 5. Another side mission, ‘Anabolic Express’ was another level 2 recommended mission, yet had me coming up against level 8-10 enemies on my way to the quest marker. At the complete opposite end of the scale, in a late-game side mission ‘Exotic Dinner’ with a level recommendation of 23, I was able to breeze through with a character level of 21 and enemies coming in way below the recommended level.

I questioned whether I was simply making my way to a quest marker through a path I shouldn’t have been taking, but the game’s guiding path (activated by pressing up on the d-pad) was leading me that way.

This inconsistency is really problematic in a game that makes traversing its world feel so laborious. There’s no sprint option here and your character doesn’t move all that quickly on-foot by default. There are some fast travel options in the taxi and subway services, but these aren’t available if you’re indoors (or in the case of the subway you must go to a station dotted around the world), and even after using these it can take upwards of five minutes just to reach an objective marker.

I wouldn’t mind taking time getting from point A to point B if there was enough to see or do. But there’s only so many times I can interact with vendors, or open a chest that contains uCreds (the game’s currency that’s largely inconsequential because there’s no reason to buy anything as you can pick it all up as drops from enemies or other, specific chests anyway) until it gets stale.

This frustration is only compounded further when you find that, despite meeting the aforementioned seemingly random level recommendation of a given quest, you meet enemies that are far, far stronger than you’re able to realistically take down, especially in the large swarms they often come in. The game advises you to upgrade weapons and invest skill points whenever you can, and while this does certainly help you to hold your own, when there’s nothing else to upgrade or you can’t complete quests to level up, it becomes a horrible grind playing solo.

So then you’ve got to drag yourself all the way back out of the building the quest has guided you into, just to try leveling up your character or upgrading weaponry at a Gun Smith, before making your way all the way back over there. Because of this, it didn’t take long before ‘The Ascent’ felt like more of a tedious chore, interspersed with enjoyable chunks of combat.

It’s not just some dodgy leveling issues that you’ll have to deal with though, because there’s also a number of bugs that rear their heads rather frequently in true ‘cyberpunk’ fashion.

The most problematic of these was also the one I most frequently ran into. After watching a cutscene or fast traveling to a location, enemies and quest markers failed to load in properly. In one instance I didn’t notice and managed to get through almost an entire main quest, mistakenly thinking I was supposed to just be walking towards one big boss unopposed. Yet, when the boss didn’t load in and I couldn’t proceed, I exited out and reloaded my save, only to be swarmed by a ton of enemies just before said boss came to fill my screen.

Another instance had the game completely crash to desktop altogether unexpectedly, though this happened only once, and in intense gunfights I found my character stuck inside the scenery, locking me in place for the enemy to overwhelm and eventually kill me. The Ascent also has some compatibility issues with DX12 which causes the framerate to hit the floor, though developer Neon Giant did confirm to me that it was working with NVIDIA to get this resolved as soon as possible.

And most recently, I simply wasn’t able to explore the ‘Scraplands’ area, despite having two side quests that tasked me with going there. I still haven’t gotten to the bottom of this issue. All of these minor issues detract from the engaging twin-stick shooter experience that’s here, and while I’m sure the developer will work on getting many of these resolved in time for launch, I can only speak of my experience with the game and I was left a little disappointed at the lack of polish here.

It’s a shame that when I think of The Ascent after putting 18 hours into it, the first thing that comes to mind is the painful traversal of the world and the bugs that hindered my enjoyment of the world. Its stunning environment and engaging combat are strong, but the former never realizes its true potential with lackluster attractions and vendors, and the latter is too infrequent among long stretches of navigating packed streets and hi-tech hallways.

The Ascent is a tough game to recommend for solo players in its current state. Its buggy, tedious at its best and utterly frustrating at its worst. While I’m sure playing with friends will resolve some of my chief complaints, more fundamental issues like a rather boring overworld can’t be fixed with a few laughs with friends. 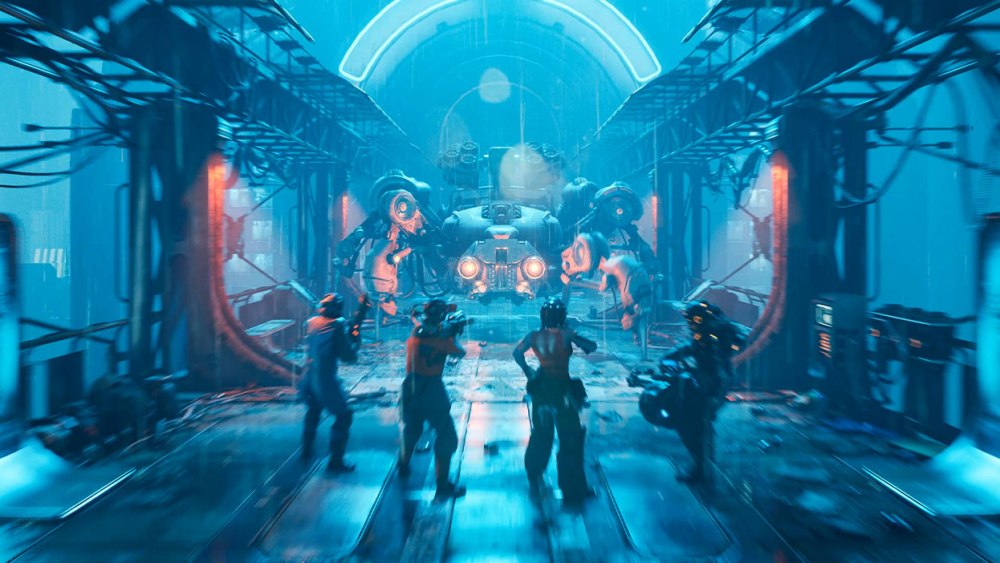