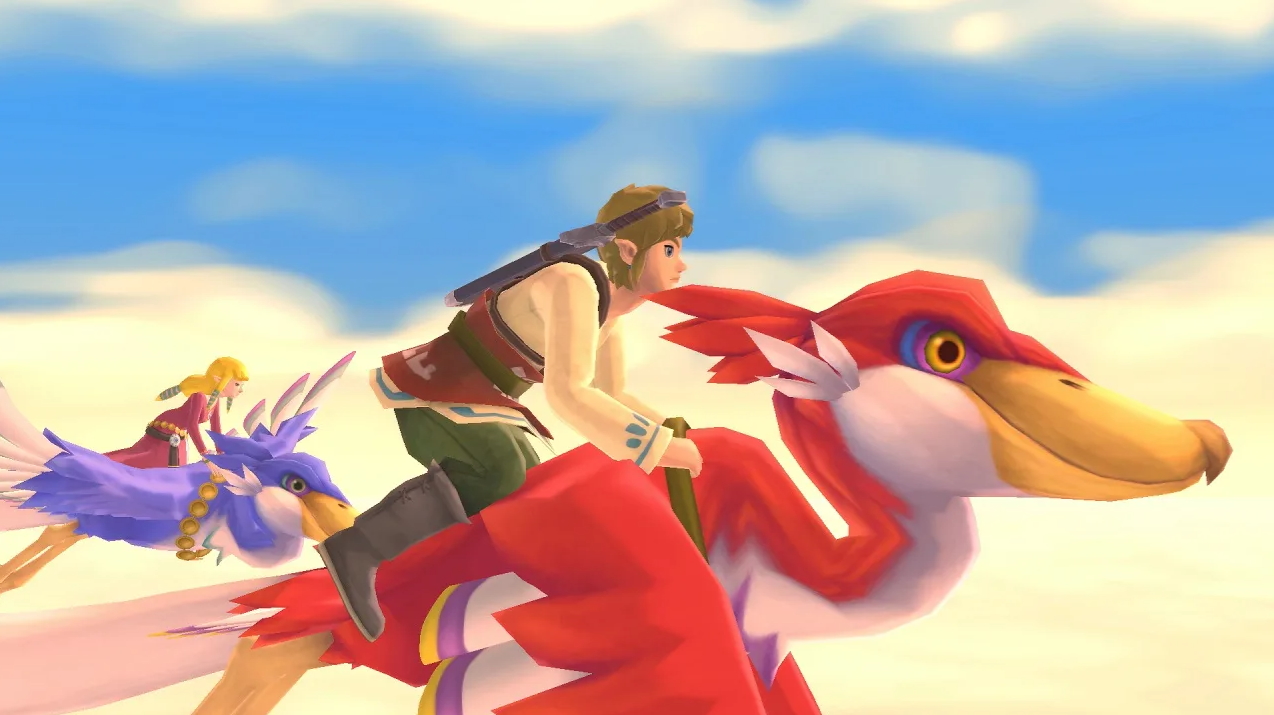 Where to Find Link’s Loftwing

The first thing you’ll need to do to proceed in this quest is to talk to a character named Groose. He’s located over at the Plaza. Open up your map with the minus button, take note of where the Plaza is, and head in that direction.

Groose will be standing with two of his friends, and you’ll quickly find that they’re up to no good. Turns out they have something to do with Link’s Loftwing disappearing.

After you talk to them, you’ll want to head towards the Sparring Hall near where you started. A boy named Fledge will be there and will admit he knows where your Loftwing is. Speak to him, then head into the Sparring Hall and to the back of the building to get your sword.

You can do the sword tutorial here if you’d like or just leave. Look at your map; we’re headed to the waterfall on Skyloft next. Fledge should have marked it on your map.

At the top of the ridge near the waterfall, you’ll see some wooden sticks blocking a cave entrance. Chop them down with your sword and make your way through the cave. There are enemies here, so be careful.

After you carefully make your way through the cave, exit through the opposite end. There will be a short cutscene with Zelda when you continue along the path outside. You’ll spot Link’s Crimson Loftwing locked up nearby.

You need to use your sword to cut the ropes on either end to free the Loftwing. Once you do this, you’ll be able to practice flying for the Wing Ceremony.

That’s everything you need to know about where to find Link’s Loftwing in Skyward Sword HD. For more tips and tricks, be sure to check out our Skyward Sword HD guide wiki.