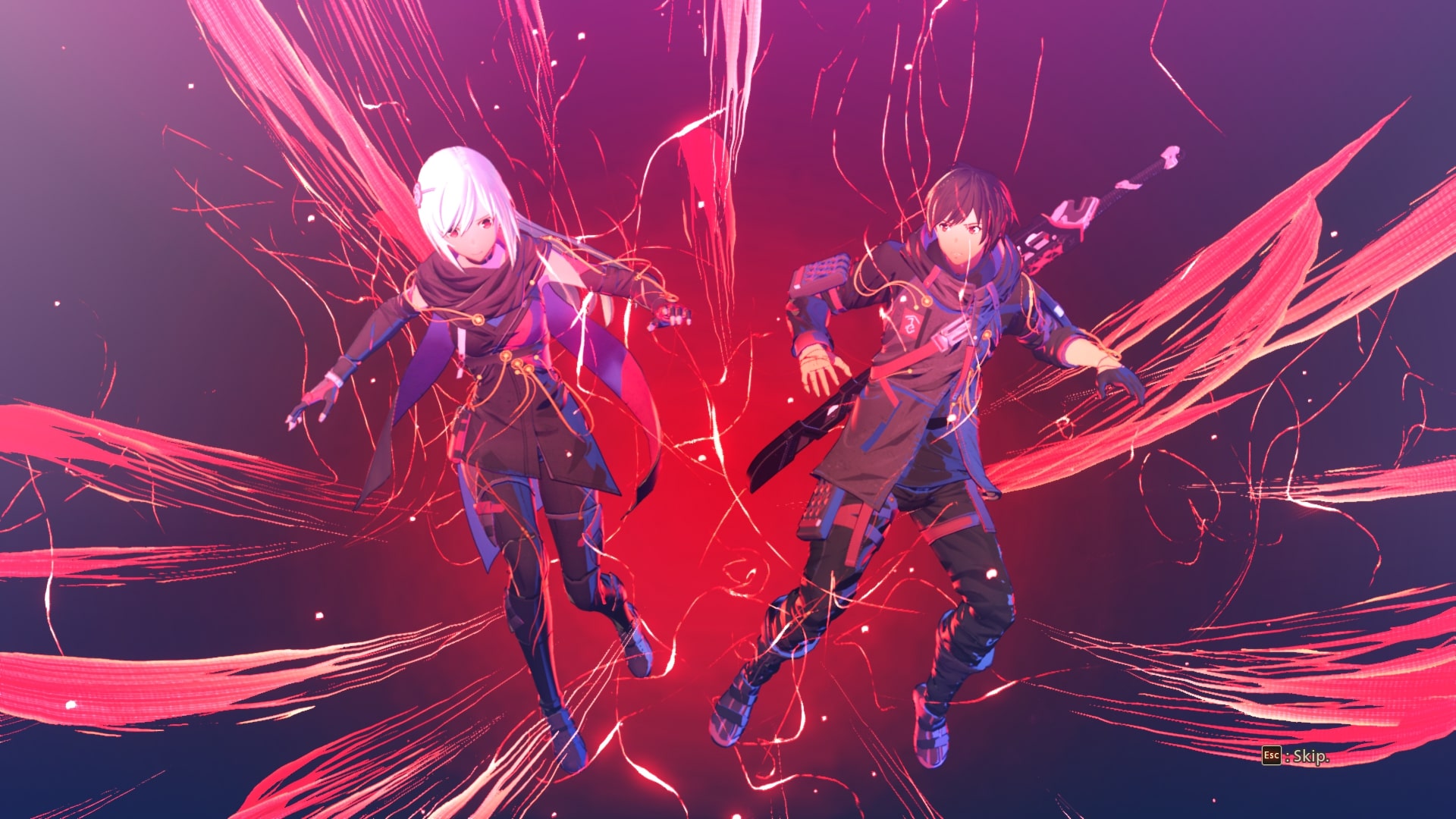 Looking for some useful advice at the start of your journey in Scarlet Nexus? Well, you’ve come to the right place. This game throws a lot of concepts and mechanics at you, so it can be tough to know what to focus on. Here are a few tips and tricks for beginners in Scarlet Nexus.

This may sound like an odd one at first, but trust me. The game allows you to use your teammates’ special abilities in combat. Scarlet Nexus start you off nice and easy with one power to manage, but this tip is for when combat expands beyond that. Once you get a full team, managing the meters tied to each power can become overwhelming.

Always remember to deactivate the SAS abilities that you aren’t using so that your meters aren’t running out for no reason. For example, you’ll get into serious trouble if Tsugumi’s Clairvoyance runs out when you need to see invisible enemies.

Eventually, you’ll be able to activate up to four SAS abilities at once, which can be hard to keep track of. Instead of deactivating them one at a time, simply hold RB on Xbox or R1 on PlayStation, then press the right stick to turn them all off.

Rebound is a very simple skill that will save you a ton of frustration, especially early on. Rebound allows you to press B on Xbox or Circle on PlayStation to recover quickly after being knocked down by an enemy. Without it, Yuito and Kasane just lay flat on their backs for far too long every single time that they get knocked over.

Once you gain access to the Brain Map skill tree, Rebound should be the first skill that you choose to unlock as a beginner. It’ll help you get back into the fight as quickly as possible, which is useful if you’re having trouble dodging enemy attacks when starting out.

This tip is another one that focuses on Scarlet Nexus’ Brain Map skill tree. Unlocking Concurrent SAS Activation skills will allow you to use multiple SAS powers at the same time, greatly expanding your capabilities in battle.

There are two Concurrent SAS Activation skills. The first will allow you to use two SAS abilities at once, while the second one allows you to use four at once. These skills are must-haves, especially during mid-to-late game fights.

For example, it’s a ton of fun (and very useful) to activate Gemma’s Sclerokinesis to protect you from damage while also having Hanabi’s Pyrokinesis to increase your attack at the same time. Add in Luka’s Teleportation and Tsugumi’s Clairvoyance, and you’ll feel unstoppable out there.

This is a JRPG rule as old as time. Do not sell any of the items you collect early in the game. This includes Environment Data, materials dropped by Others, and weapons. All of these items can be used to obtain rare new equipment.

After progressing a bit, you’ll gain access to the Exchange section of Satori’s shop. This is where all previously useless data, materials, and weapons can be exchanged for brand-new items that are extremely hard to find. Some of those items can’t even be bought or found elsewhere.

These rare items include gifts for teammates, stronger weapons, clothing accessories, and Plug-In Parallelization Programs that allow you to upgrade your squad. So, again, remember not to sell anything. Money will come as you defeat enemies, so don’t even worry about that.

This Scarlet Nexus tip is in the same vein as the last one. Satori’s shop has plenty of items that you can exchange your hard-earned materials for. These shop items include cosmetic accessories. Accessories add a bit of personality to characters’ outfits, for sure, but they also require you to exchange useful materials to obtain them.

It’s best to hold off on exchanging for accessories when you start out because the materials you lose could be better spent elsewhere to give you more of an edge in combat.

Another downside to these exchanges is that you can’t preview what accessories will look like on the characters. This means that materials can be wasted for potentially ugly-looking cosmetics, which is a true lose/lose situation. At the very least, be sure to save your game before the exchange so that you can reload just in case you don’t like what you get.

Speaking of wasting items, this tip will explain how to heal for free in Scarlet Nexus. Instead of using items like Jelly or Team Jelly to restore your health, you can heal at Satori’s shop or at the Hideout. There’s even a convenient auto-heal skill that restores your health when outside of combat.

Scarlet Nexus is extremely generous when it comes to Satori’s save points and shop locations. He appears before every major boss encounter and between each floor of each dungeon. Every time that you use him to save your game, your entire party will be fully healed for free. So there’s no need to use healing items if you see his little shopping cart icon near you on the map.

Another option is the Hideout. Each platoon will get a Hideout after a bit of progression, and every single time you fast travel to it, everyone is fully healed. You can fast travel there at any point as long as you’re not currently engaged in combat, so make good use of both of these options.

Brain Messages are basically telepathic texts that get sent between platoon members throughout the game. Scarlet Nexus will notify you as soon as you get a new one, and this tip is just to respond to them immediately. Brain Messages are time-sensitive, so don’t wait too long to reply.

Replying can lead to increasing the bonds between you and your teammates, which then leads to perks and buffs during combat. These Brain Message conversations are also a nice way to learn more about teammates outside of combat through casual dialogue.

They can occasionally start Bond Episodes as well, which are character-specific side quests and conversations for each platoon member. There’s really no downside to answering the Brain Messages.

If there’s one glaring weakness in the game’s overall package, it’s the side quests. My tip would be to ignore the majority of the early-game side quests in Scarlet Nexus, as they offer very little in the way of worthwhile rewards.

Various NPCs will give you basic fetch quests and kill quests that involve taking down specific Others or finding specific items. These side quests are tedious and your time is better spent on the main story since main missions allow you to unlock more gameplay elements, better equipment, and new areas to fast travel to.

Late-game side quests are much more profitable, but as a beginner, there’s no need to complete every single one that pops up — especially when you’re given Jelly items or weapons that you can already buy as rewards.