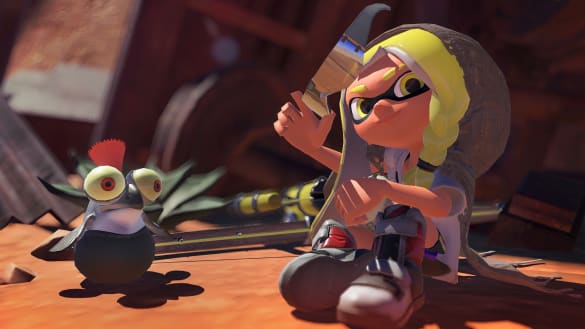 It’s 2021 and E3 is finally back. It’s been tough for years for the iconic gaming show between the show leaking out personal information of attendees, combating Covid-19 in 2020, and publishers starting to pull out and do their own thing. Still, in spite of all that, E3 2021 is trucking along and aiming to continue to be a major event for video game news. With most of the big publishers attending, including Nintendo, E3 2021 looks to be in decent shape as we stand today. So there’s no reason not to keep the tradition going here and dive into some predictions for Nintendo’s E3 2021 conference.

Whether it’s through E3 proper, or their big Nintendo Directs around E3 time, Nintendo is usually eager to let loose a nock of big news this time of year. In 2021, new game reveals, details on what the big IPs are up to, and even possibly new consoles are on the table. Let’s run through a few of our big and bold predictions for what Nintendo may show at E3 2021.

Just a note, this isn’t a list of everything we think will be shown at E3 this year by Nintendo. For example, the new Mario Golf: Super Rush is definitely going to get some love since it’s so close to release. Instead, we’re going to focus more on the speculative side of things to keep things fun and interesting.

An Acknowledgment of 40 Years of Donkey Kong

You would be forgiven for completely forgetting that it’s the 40th anniversary of Donkey Kong this year. Nintendo hasn’t really said anything about the monkey that helped propel Mario into stardom. While this could be a case of Nintendo forgetting or just not caring, they have done this before, I’ll go out and a limb and say that they do have something planned, but they may just be holding it for E3.

It has been seven years since the last Donkey Kong game, Tropical Freeze, originally debuted on the Wii U. While it did get re-released on the Switch, Nintendo’s latest console has yet to see a proper new entry in the franchise.

While other franchises, such as Kirby, are a bit overdue as well, at least Kirby did get a new game a few years ago. It would definitely be surprising to see Nintendo let the 40th anniversary come and go and not announce something new for Donkey Kong, especially when it’s incredibly due for a new game.

It may be a new game, or maybe it will just be cameos, collaborations, partnerships, or some re-releases on the Switch, but expect something.

Breath of the Wild 2 Gets Serious Screen Time

A sequel for Breath of the Wild showed up out of nowhere at the end of 2019 and it’s pretty mum ever since. It’s been a while since its reveal and even with Covid-19 slowing things down, it’s’ likely that Nintendo is ready to show it off. In fact, it’s my belief that it will dominate Nintendo’s E3 showing.

If it does show up, like I believe it will, expect to see a long gameplay reveal, showing off what’s new when it comes to the game’s world, gameplay, and story.

Nintendo enjoys doing deep dives when they have a lot to show, and right now, there isn’t anything with the same level of weight that would likely be ready enough to dive into and carry a show with. It seems extremely likely, then, that a Breath of the Wild 2 would be the main event this year.

Our senior editor Alex Gibson recently dove into some features that he would like to see make the cut in Breath of the Wild 2 right here. So if we get a deep dive, let’s see if any of them make the cut.

Speaking of coming out of nowhere, Splatoon 3’s reveal late last year also came as a shock to many Nintendo fans. Splatoon 2 wasn’t released all that long ago and it’s hard to imagine how much further Nintendo can push the gameplay without some kind of generational leap to leverage. Regardless, Splatoon 3 is coming.

While Splatoon 3 probably isn’t as complicated to make as a new Breath of the Wild game, I’m going to assume that the latter is probably further ahead in development and is more ready for the limelight.

That said, Splatoon 3 will likely show up, and will probably get a bit of screen time with some details about what is new to justify a sequel so soon after the last game. Expect story content to be a focus and if there are any new dramatic gameplay changes, for that to also get some light shed on it.

Even while celebrating an anniversary year last year, Mario has felt suspiciously incognito. Ever since Super Mario Odyssey released all the way back in 2017, the series has been very quiet when it comes to brand new games in the franchise. Sure, re-releases and spin-offs such as Super Mario Maker 2 and Mario Tennis have filled up the calendar nicely but we are kind of due for at least an announcement of a new Mario game.

I really believe that Nintendo wants the focus on Zelda and Breath of the Wild 2 this year at E3 2021. So I don’t think this is the time for a new 3D Mario in the vein of Super Mario Odyssey. That said, a smaller-scale 2D Mario game could slide into the E3 2021 lineup without overshadowing the Zelda party.

I’ll admit, this prediction is a bit sketchy since there has been basically nothing that any of us here at Twinfinite have heard about regarding anything related to a brand new Mario game. But just looking at the calendar, it feels like it’s about that time.

While rumors have been aplenty, official information has amounted to absolutely nothing. The closest you get to anything official is from this Doug Bowser interview conducted by Polygon where he acknowledges that they are always looking at technology and how they can improve the gameplay experience.

The rumors in recent weeks have started to ratchet up again just in time for E3 2021. If the show comes and goes this year with no mention of a Switch Pro or a New Nintendo Switch, I’m done giving the rumors and leaks any modicum of credibility and you should too.

Seriously, what is going on with Metroid? Does anyone know? Does Nintendo know? If Nintendo knows anything, it’s time to clue the rest of the gaming community in this year at E3 2021.

Nintendo got everyone super hyped for Metroid Prime 4 way back at E3 2017 and it’s been, um, a bumpy road since then to say the least. After years of silence, Nintendo admitted in 2019 that development had not gone well and had to restart.

If an update on Metroid Prime 4 is too much to ask for this year (it would be the perfect close to the show, though, wouldn’t it?), then maybe Nintendo can tide us over with something else in the Metroid franchise. Perhaps a new 2D game or a remaster, something along those lines.