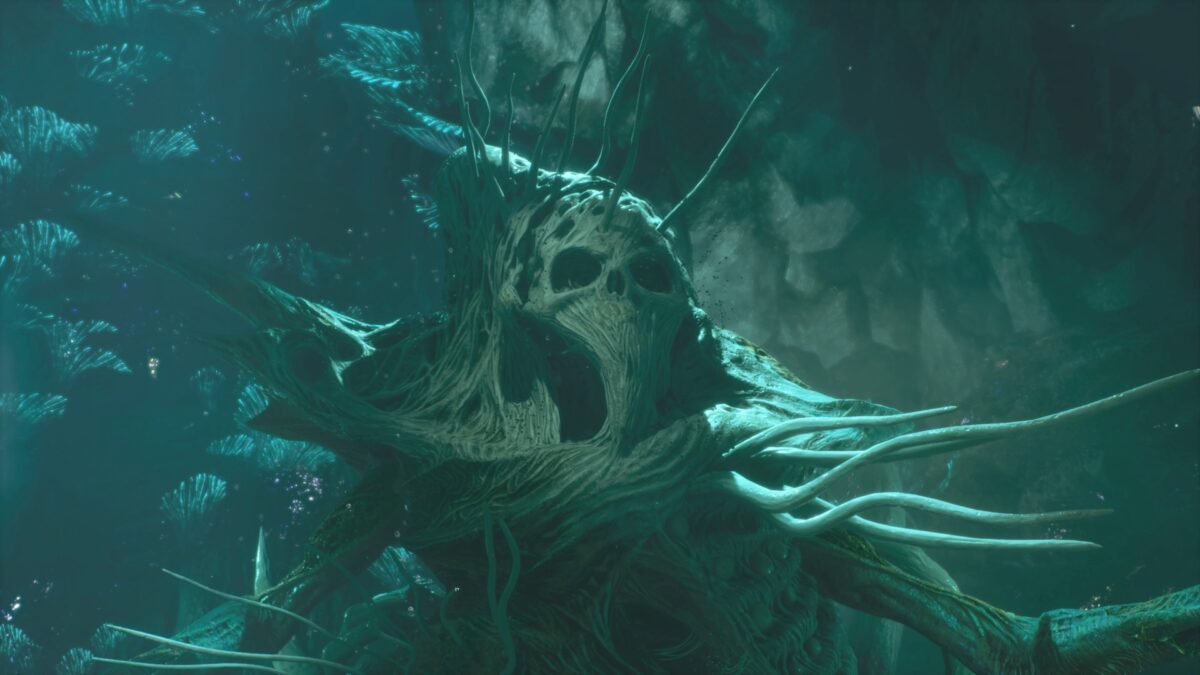 Your perseverance has paid off and you’ve made it to the final boss in Returnal. But, just like the others, this one can be tough as hell to defeat if you’re not ready. Fortunately, we’re here to help. Here’s how to beat the Ophion boss battle in Returnal’s Abyssal Scar biome.

How to Beat Abyssal Scar Ophion Boss in Returnal

The weapon you choose is always important, but even more so here. Something that allows for precise medium or long-range shots is your best bet. Short-range guns aren’t ideal for this one.

As usual, you just can’t go wrong with the Hollowseeker and its Serrated Projectiles, Split Stream, and Oscillator Traits. Other viable options include the Electropylon Driver with Pylon Web, Tachyomatic Carbine with Leech Rounds, Hardened, and Rising Pitch, or the Modified Sidearm with Homing Missile, Serrated Projectiles, and Shrapnel.

The best Alt-fire modes for this fight are the reliable Trackerswarm, the precise Killsight, and the powerful Doombringer.

One of the most important things to know here is that Ophion doesn’t actually take damage from shots that land randomly on its body. Shoot any of the glowing blue orbs floating around it to activate your new sight ability. Ophion’s glowing red weak spots on its body will then be revealed. Those are your targets for every phase of the fight.

Another important thing to note is that there’s a single vertical rock behind you at the back of the area. Break it and there should be one large Silphium inside for healing if you need it. There’s another one to the left side of the area, but it contains Silphium Resin instead. Try your very best not to use your supply of heals until phase three, though. You’ll need them.

In phase one, Ophion will release green and orange energy orbs in waves that slowly float toward you. Get around these by carefully walking through the open spaces, or dodging if necessary. It’ll also unleash blue homing orbs and green pellets in small bursts that can be avoided by strafing in a single direction and then dodging as they rain down.

Outside of those energy orb/pellet attacks, Ophion will create purple rings whenever it hits the ground with an arm or tentacle. The rings expand outward and need to be jumped over. There’s also an easily avoidable move that brings purple lasers down from above. Simply stand in the open spaces to stay safe. Remember that no purple attacks can be dodged through.

Thankfully, this phase is actually similar to the last one in terms of attacks. There are a couple new purple laser ones that target specific areas, but running toward Ophion or simply relocating to open sections of the area should allow you to avoid them entirely.

Ophion will, however, begin to use different combinations of every attack mentioned above. Avoiding them all at once while aiming for the weak points can be tough, but if you have a high-level gun that does significant damage, Ophion’s health will be gone in no time since it’s just a huge stationary target.

Phase three is where Ophion turns up the heat. Hopefully, you still have healing items and haven’t yet used that Silphium at the back of the arena. This phase is so dangerous because of all the purple moves that can’t be dodged through along with the insane amount of energy orbs thrown in your face.

Always find out how to get away from the purple lasers and ground rings before dodging anything else. These new lasers will fire directly at you, but there’s a bit of an indication before they strike. Try to watch out for thin purple lines going from Ophion to your body that look almost like a laser sight on regular guns. If you see that, dodge immediately.

There’s also another non-purple move to look out for. Ophion will shoot green and blue orbs at you wherever you go while also firing homing green pellets at the same time. Don’t try to strafe back and forth in one spot for that one. Pick a direction (left or right) and just keep moving, then dodge in the opposite direction right before you hit the wall. These can be dodged through, so you can even dodge toward Ophion, then circle back to create more space between the two of you.

It really comes down to reaction time and spatial awareness for most attacks at the end of this fight. The screen will look like a wall of colors, but do your best to differentiate between which attacks are actually targeting you and which ones are just floating around to cover space.

Above all, never stop firing at those weak spots. You can be done with this fight much sooner than you think since Ophion has absolutely no way to avoid your attacks. You can kill it before it even has the chance to unleash too many of those seemingly unavoidable attacks.

That’s everything you need to know about how to beat the Ophion boss fight in Returnal’s Abyssal Scar biome. Phase three is pretty crazy, but the colors always indicate what’ll happen, giving you just enough time to avoid them. If you need tips on anything else in the game, be sure to check out our guide wiki.