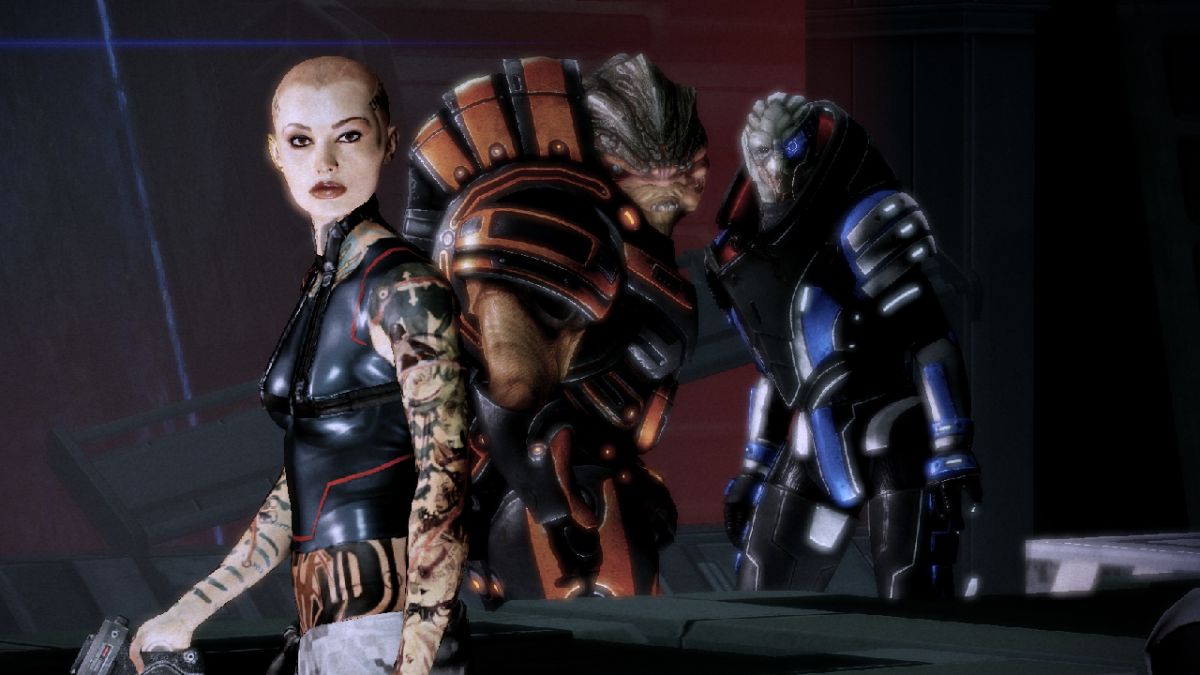 As you’re exploring the Citadel, specifically the Zakera Ward, you’ll eventually come across a Krogan called Kargesh talking about how they’d like to taste fish from the lakes of the Presidium. After hearing this, you’ll then get the Mass Effect 2 Krogan Sushi quest, but if you’re struggling to figure out how to complete it, or what you’re supposed to do, we’ll talk you through it.

How to Complete Krogan Sushi Quest in Mass Effect 2

For now, head upstairs to the Dark Star Lounge on Level 28, and you should find a Turian Presidium Groundskeeper. Speak to them and ask if there are any fish in the lakes.

Unfortunately, he’ll tell you that the lakes are reservoirs that provide water for the Presidium, so as you might expect, there aren’t any fish swimming about in them. He does tell you that you can find fish in the Citadel Souvenirs store on Level 27 of the building.

If you want to earn those Paragon points, return to the Krogan on Level 27 and simply tell him there are no fish swimming in the lakes of the Presidium. He’ll appreciate your honesty, and you can rest assured that your conscience is clear.

For the Renegade route, make your way to the Citadel Souvenirs store and buy any of the fish that are on-sale here.

Now return to Kargesh, tell him that the fish came from the Presidium and he’ll be very happy you’ve come through and delivered the goods.

You’ll earn 5 Renegade points for lying and will wrap up the Mass Effect 2 Krogan Sushi quest.

It’s worth noting that you’ll need to speak to the Presidium Groundskeeper regardless of which of the choices you want to make, so be sure to find him on Level 28 before doing anything else.

That’s everything you need to know on how to complete Mass Effect 2’s Krogan Sushi quest. For more tips and tricks, head over to our wiki, or see more of our coverage on the Mass Effect Legendary Edition.