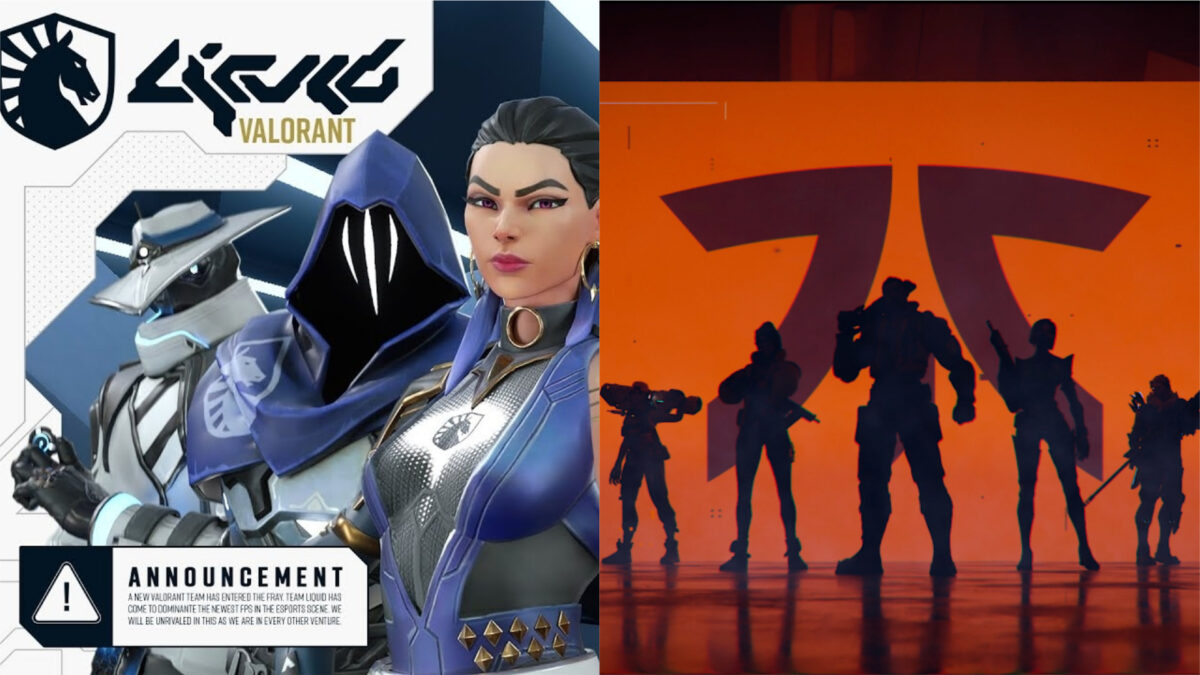 For professional Valorant teams across the globe, the past few weeks have been incredibly testing and hugely consequential as they’ve sought to qualify for the world’s first-ever international Valorant LAN competition. The event is called Masters 2, and it’s being held in a stadium in Iceland’s capital, Reykjavik, later this month.

It is the most significant milestone yet for Riot’s ambitious year-long tournament, VCT, which will culminate in December at an even larger international LAN called Champions. Only those with enough “circuit points,” earned by placing well at Masters events, will qualify, but Masters 2 is special for more reasons than securing valuable points: it’s the first chance to compete on an international stage and prove which region is the best in the world. Every professional player wants to be there above all else.

However, the number of slots is obviously limited, and competition to earn them has been fierce, especially because the scale of Masters 2 was reduced from 16 to 10 teams in the interest of COVID-19 safety. The restriction has impacted all regions, but perhaps none more so than EMEA, the designation given to EU, Turkey, and CIS regions which have all been lumped together and allocated just two slots.

Two slots for 84 countries and some of the biggest esports organizations in the world! The odds of qualification even for the most highly regarded teams was a long shot, indeed. Particularly so, given that Europe has recently proven itself to feature a far deeper pool of talent than anybody had given it credit for at the start of 2021 — a notion based in part on the struggles of two popular esports teams of which much was expected: Team Liquid, and Fnatic.

Respectively called Fish123 and SUMN FC before they were signed, both have underperformed in recent months, as the resume of results seen above highlights. In failing to qualify for the first Masters event at all three attempts –Liquid didn’t even make the qualifier itself on two occasions–, their ability to live up to the Tier 1 mantle they were supposed to represent was understandably called into question by fans and analysts alike.

Both teams responded by making notable roster changes several weeks ago, and the impact was quickly felt. The young Finnish former CS: GO star “Jamppi” took a little while to settle into Valorant, but he’s since brought much-needed firepower to Team Liquid. “Derke” and “Magnum, ” meanwhile, did the same for Fnatic. Suddenly, the muscle matched the professional discipline and strategic prowess which had defined both teams up since their inception.

Even still, though, the journey from the bottom of the Tier 1 pile to earning the vaunted Masters 2 slots for Iceland hardly looked likely — not with the likes of Team Heretics, FunPlus Phoenix, Acend, Dfuse (now BDS), Ninjas in Pyjamas, Guild, and a resurgent G2 standing in their way, let alone all the frighteningly talented Turkish and Russian teams added into the mix.

Indeed, if you had asked analysts, pundits, and fans ahead of last weekend’s Challengers finals who were most likely to go to Iceland and represent EMEA, few, if any, would have picked Liquid and Fnatic.

But somehow, someway, both not only made it through the unforgiving qualification events and into the EMEA Challengers Finals but ended up convincingly beating every team in their path along the way to the grand final. In the end, Team Liquid won out the final in a thrilling 3-2 series and scooped up the $40,000 prize. Although, ultimately, the real prize was shared by both teams in their qualification to Masters 2.

Thanks for everyone who believed in us, love you ❤️ #LetsGoLiquid pic.twitter.com/JxiSLCo9Ra

Esports’ long history is full of all sorts of comeback stories and praiseworthy feats, but I’d argue that Team Liquid and Fnatics’ rise to European prowess is among the Valorant scene’s most compelling yet. From (relative) zeroes to heroes, you simply cannot understate the achievement — one earned not just through raw talent but determined effort and unwavering self-belief.

For Liquid, the team’s underwhelming performance at virtually every major event since they were signed surely put immense pressure on them to make Iceland. It may very well have been their last chance to prove their worth; who knows what might have happened had another Challengers run ended in disappointment. We’ve seen rosters let go for much less than their run of form.

That pressure was perhaps why they opted to boot camp at Liquid’s HQ over the past few weeks, traveling from across Europe amid a pandemic to ensure no stone was left unturned in their quest.

The players have now been away from their families for two weeks, grinding day in and day out under the guidance of their coach, “Sliggy,” to quickly improve. And when I say quickly improve, I really mean it: Liquid had been knocked out by Tier 2 teams, such as Alliance and Rix.GG in previous Challengers events, and so even beating the likes of Ninja in Pyjamas along the way to the EMEA Challengers Finals represented a huge leap.

Since their boot camp began they’ve only lost one series (ironically, to Fnatic in the Challengers 2 Grand Final), beating premier European sides like Team BDS in the process.

Fnatic, meanwhile, had been suffering a similar fate in 2021 since they were signed, albeit over a much shorter span of time. After their honeymoon period under the SUMN banner, the successes just haven’t been there as Fnatic.

The incredible underdog story of a team of misfits who all met online after the determined efforts of their charismatic captain, “Boaster,” to form his own team when none would give him a shot almost looked as if it wasn’t going to run any further than the achievement of simply being signed by a big esports org. But boy did the roster changes make a difference. Their tactics are drilled to perfection, and the new fragging power adds an intimidating new dimension to their composition.

With their skills on a steep upward trend and their confidence levels presumably at an all-time high, I can think of no two other teams I would want to represent EMEA at Masters 2 in Iceland. Fans of Valorant esports have long been fantasizing (read talking shit in Twitch chat) the showdown between Europe, North American, and other regions of the world since the scene kicked off, and I feel very confident that EU is set to deliver a strong showing after having witnessed the events of last weekend.

In fact, I’m backing the pair of them to go all the way, and I’ll wager that anybody who had written them off previously will now be keeping a very low profile as we wait for Iceland to commence.

For those interested in following Valorant esports, I recommend vlr.gg and Liquidpedia to check for upcoming match times and to find links to streaming channels. You can, of course, look forward to further reports and news on the scene right here at Twinfinite.