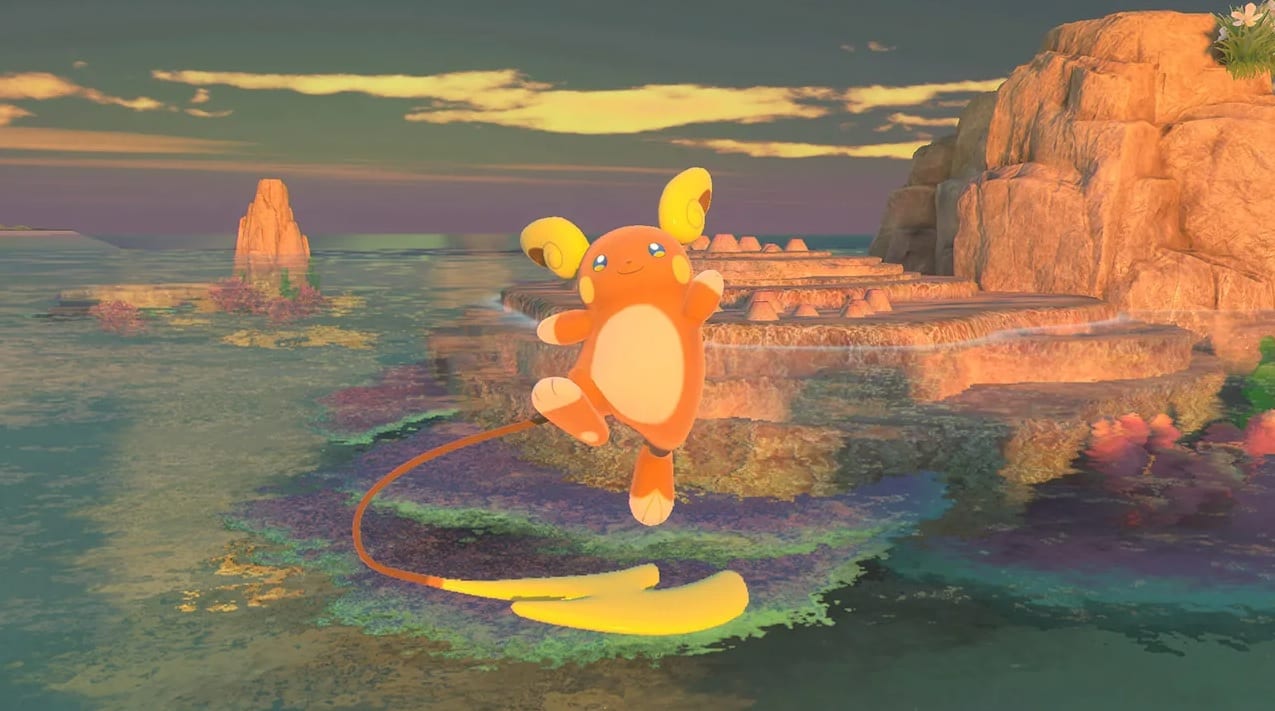 New Pokémon Snap is the latest big game released on the Nintendo Switch. It comes 22 years after the original game on the Nintendo 64, so it’s a long-awaited sequel for many fans of the franchise.

Whether you’re a fan of the first game or you’ve never played it before, you may be wondering how New Pokémon Snap differs from the original. While the key mechanics and gameplay are the same, there are a few important differences you should know about.

In the original Pokémon Snap for the N64, photos of Pokémon were scored based on criteria such as size, pose, and technique. That type of scoring still exists in New Pokémon Snap, and it’s used to raise a course’s research-level to unlock new areas.

However, there’s a brand new type of photo scoring in New Pokémon Snap that wasn’t in the original game. Photos are now given a rating between one and four stars based on how rare the Pokémon in the photo’s behavior is. One star indicates common behavior, while four stars indicates the rarest behavior.

This is completely separate from the number score that the photo is given, but it’s important because the Photodex records one photo from each star rating. This is fantastic news for completionists who may hope to fill pages and pages of their Photodex with many different types of pictures.

Items are an important part of Pokémon Snap because they are used to interact with Pokémon and the environment in order to make different types of things happen. A few of the items in New Pokémon Snap are nearly identical to the ones in the original, such as the Fluffruit apple and Melody (Poké Flute), but others are brand new.

The most important new item in the sequel is the Illumina Orb. This has some similarities to Pester Balls from the original game, but instead of bothering Pokémon, they make them glow. They can also be used on Crystabloom flowers to make special things happen on the courses.

There’s also a helpful scanning feature on your camera in New Pokémon Snap that serves a few purposes. It not only tells you important information about your immediate surroundings, but it can also get the attention of Pokémon. This is vital in some cases for getting a Pokémon to look directly at the camera.

One of the biggest differences in New Pokémon Snap from the original game is the number of courses and course variations that are available to unlock.

The first game had six main courses and a special final course, with no variations for any of them. New Pokémon Snap, meanwhile, has double the amount of main courses, but it feels like more than that due to the variations on each course that are available.

Every course in the game has a different variant, such as a night version, season change, or Illumina Spot. The Pokémon found in these variants are often drastically different than the ones found in the main version of the course, so much so that it often feels like a brand new area.

In addition to the variations, courses change slightly based on the research level achieved. More types of Pokémon begin to appear that didn’t before, which encourages playing the courses multiple times. Also, branching paths can be found, which takes you to a new part of the course you couldn’t reach before.

None of this was possible in the first game, and it makes the replay value so much stronger.

The Nintendo 64 didn’t have online capabilities, so the ways to share your best photos back then was extremely limited. If you couldn’t invite your friends over to your house to show them the pictures on your TV, your only other option was to have your photos printed out at Blockbuster (which was totally the coolest thing ever at the time!).

In 2021 though, we have the power of the Internet. You can now share any screenshots of photos you take to social media via Switch sharing.

There’s also an in-game photo sharing option. You can post your favorite photos to your online profile for players across the world to see and like by giving them a “Sweet!” medal. By choosing your six best photos, it shows off your skills and personality.

You can browse other people’s photos in a number of different categories and see who scores at the top of the leaderboards worldwide and on your friends list. If you don’t want to be spoiled on the Pokémon you haven’t discovered yet, the game gives you the option to hide those.

This in-game online photo sharing option is a great way to see what kinds of pictures other people have been taking and to share your own with the world.

Even though the story in New Pokémon Snap is pretty basic, the original barely had any story at all, so the one here is great by comparison.

The original game only had you navigating through courses to take enough photos to fill in Professor Oak’s Pokédex.

In comparison, the story of New Pokémon Snap revolves around you helping Professor Mirror with research on the Illumina phenomenon in the Lental region. In addition to photographing Pokémon, you need to photograph Crystabloom flowers to help him investigate why they make Pokémon glow.

Without getting too far into spoiler territory, you learn early in the game that thousands of years ago, there were some special Pokémon that protected the rest from a devastating disaster. Your job is to research what type of Pokémon those were and what ended up happening to them.

It’s basic and straightforward, but it’s enough to keep you trekking on to each new course to figure out a little bit more each time. The characters are entertaining, and the plot is a lot more interesting and ambitious than the original, especially when the gameplay is as simple as taking photos.