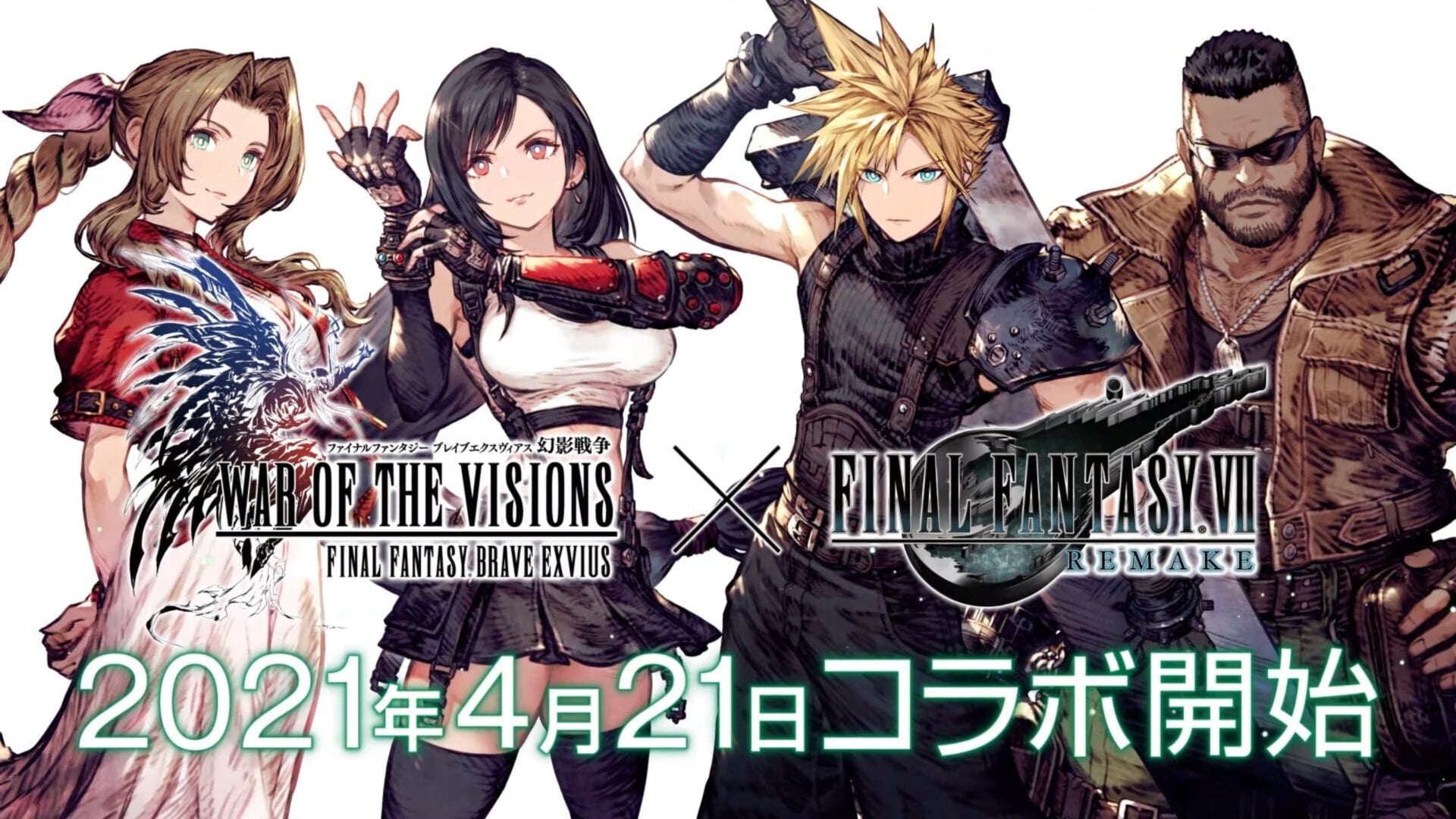 For now, the collaboration is only for Japan, and will bring characters from Final Fantasy VII Rmake into War of The Visions.

Specifically, we’ll get Tifa, Cloud, Aerith, and Barret, as you can see in the reveal trailer below.

The collaboration will launch on the Japanese servers on April 21.

At the moment, there’s no launch date for this collaboration on the western servers, which normally are behind by a few months, but it’s almost guaranteed that it’ll come at some point.