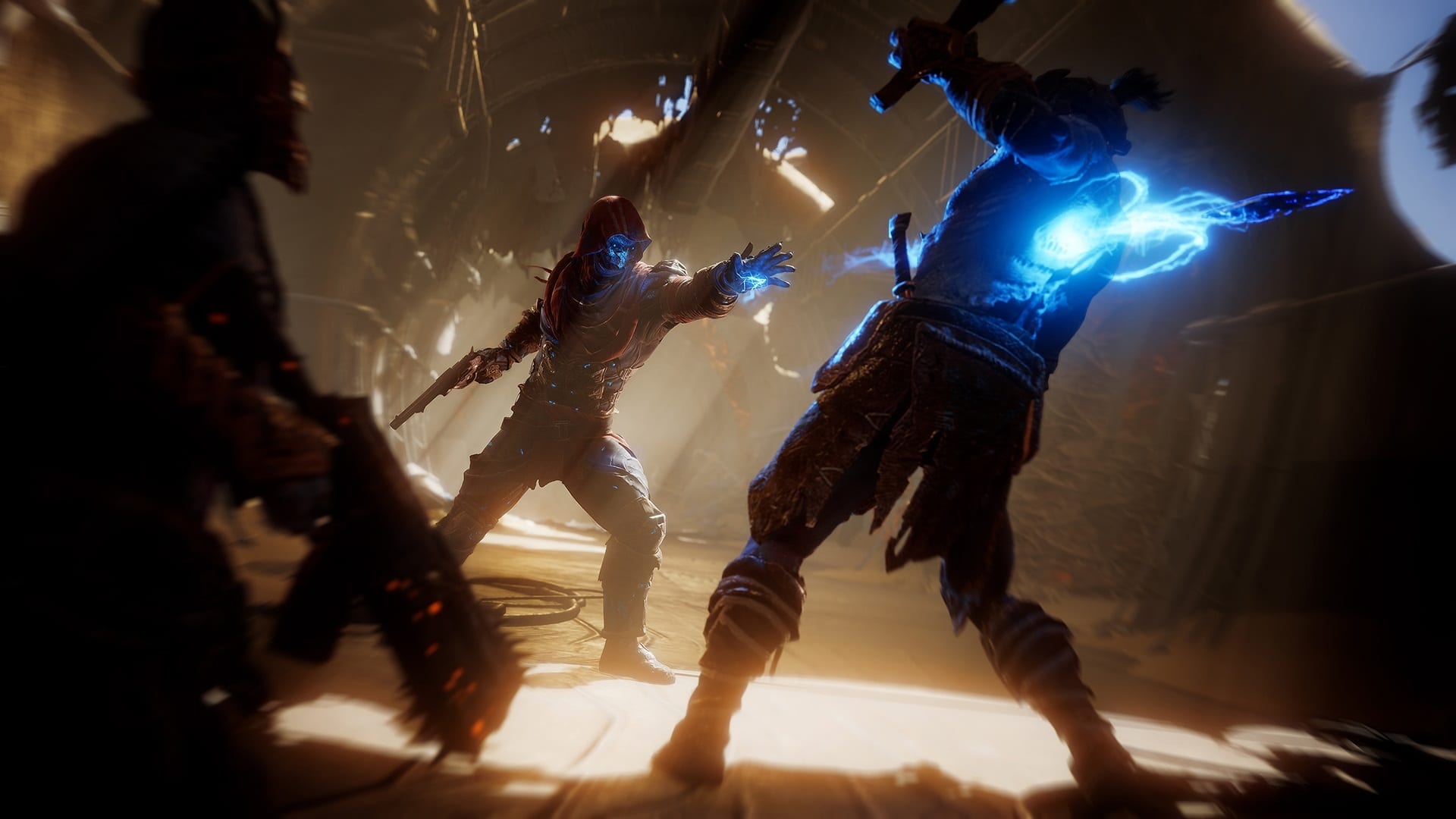 Complete Any Remaining Side Missions

Outriders’ side missions are actually pretty darn fun. They’ve got interesting stories and often see our Outriders using their powers for more menial tasks, rather than the whole cleansing Enoch of hostiles malarkey in the main story.

That means you could be seeking vengeance for an elderly man, saving someone trapped in an outhouse surrounded by uglies, or trying to seek out a mysterious ‘alchemist’ to learn more of your powers.

They make for a nice excursion from the main story, and make for a great means to grind out experience both for your character and World Tiers.

We’d suggest clearing these up before going any further.

Alongside the normal Side Missions, you’ll have ‘Collectible’ missions to complete, too. Some of these require you to find items from ‘the lost world’ (Earth), while others task you with taking down particularly powerful enemies in certain areas.

These are recurring side mission types that’ll pop up throughout your playthrough with different icons on your map. If you’ve not yet cleared these out, we’d advise doing so as they reward you with some decent gear drops, and we definitely won’t turn our nose up at some extra experience!

With all the side content cleared out of the way, you can now focus on grinding out to the max World Tier.

Your World Tier is increased by defeating enemies on your current highest tier. The higher your World Tier, the better your loot drops, too, so it’s well worth grinding this out.

The max Outriders World Tier is 15, and chances are you’ll be fairly close to this by the time you reach the end of the story missions. Those side missions and collectible-based quests should help take you the rest of the way, but if they don’t make sure to replay tough side missions or revisit densely populated areas of enemies.

Expedition mission are the main chunk of Outriders end game content. Upon beating the main story, you’ll be transported to the Outriders’ Camp where you’ll find a new Expeditions Map.

This map will enable you to take on tough Expedition missions. The Challenge Tier for these missions determines difficulty and the amount of Drop Pod Resources you’ll gain for completing the mission (as well as the quality of your loot drops).

The better your completion time, the better rewards you’ll get, and the more you’ll contribute to increasing your Challenge Tier.

You’ll have three Expeditions to complete initially, with more unlocking as you complete these and increase your Challenge Tier.

After completing all 14 previous Expeditions, acquiring 40,000 Drop Pod Resources and reaching Challenge Tier 15, you’ll unlock the final Expedition to The Eye of the Storm. Prepare for a tough battle here!

Start Over with a New Class

Just because you’ve beaten Outriders’ story with one class, doesn’t mean you’re all done and dusted. It’s now time to try your hand with one of the other classes in the game.

Trickster, Pyromancer and Technomancer and Devastator are the four classes in the game, each one lending itself to a particular playstyle. Trickster, for example, is great for close range, hit and run gameplay with a focus on manipulating spacetime to aid you. Meanwhile, Pyromancer is a medium range conjurer who predominantly uses fire to set their enemies ablaze.

We’d recommend using a class that’s almost the complete opposite to the one you used the first time around. That way, the gameplay will feel the most different, as opposed to playing the Devastator after the Trickster, for example.

Help Out Your Friends

Got some friends who haven’t quite finished yet? Or perhaps they’re struggling on some of the later Expeditions. Lend a hand and get them past whatever is ailing them. That’s what friends are for after all!

Remember, it doesn’t matter who is the host here. Regardless of whether you host and your World Tier is higher than your friend’s, they’ll still make progress on their current highest World Tier.

Equally, you’ll both get plenty of experience from defeating enemies and completing missions, so it’s a win-win for both of you, especially if you’re still just a few thousand XP off the max level cap.

Get All 1,000 Gamerscore/ the Platinum Trophy

When everything else has been checked off your list, it’s time to go for the big one.

By this point, you should only have a handful of trophies or achievements still to get in Outriders, but with a concerted effort once you’ve got your character and World Tier to max levels and have a killer loadout, you should be able to complete the whole list fairly easily.

That’s the great news about Outriders, its achievements and trophies are all relatively straightforward to get if you know what you’re doing. You will need to get ready to hunt down those journal entries, though, so be prepared for a hunt!