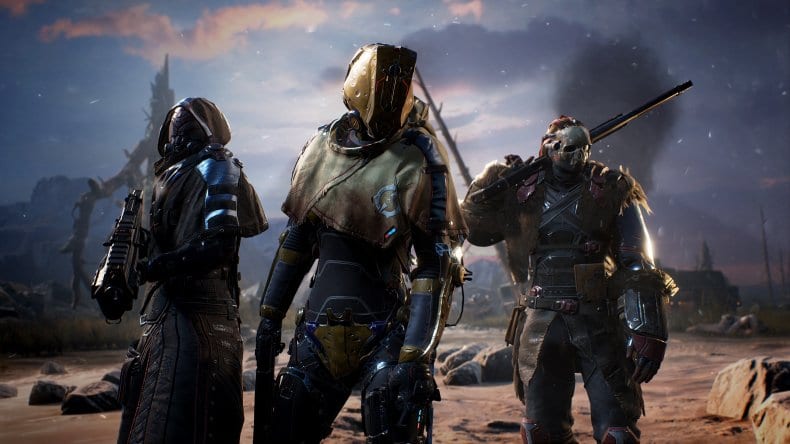 The combat in Outriders is surprisingly varied, with a wide array of weapons and skills to take advantage of. You can even bash enemies with class-specific melee attacks, though if you’re like most players, you might not know how to melee in Outriders.

That’s why we’ve taken the time to create this guide. Read on to find out what you need to do to melee, when the best times to melee are and more.

How to Melee in Outriders

To melee in Outriders, all you need to do is press R3 on PlayStation consoles or RS on Xbox consoles. Doing so will see your character strike out with a short-range attack directly in front of them. What kind of attack they use, though, will vary based on their class. For example, the Pyromancer class fires a burst of flame in a line in front of them, setting enemies ablaze and healing you in the process.

Likewise, if you sprint for a bit before hitting the melee button, you’ll do an area of effect melee instead. This can be useful in situations where you need to hit several enemies at once to gain some breathing room.

When You Should Use Melee Attacks

However, it is worth mentioning that there are some situations that are better than others for using melee attacks.

If you’re going up against a single enemy, then using melee attacks is recommended. It can help you take them out quickly, while also gaining any benefits that might result from your character attack’s elemental affinity.

If you find yourself against a group of enemies though, it’s best to hold off on trying to bash them. More often than not, they’ll swarm you before you can take them out, killing you in no time flat.

That’s all there is to know about how to melee in Outriders. For more on the game, check out our guide wiki. It has plenty of tips, tricks, and info on other topics like how long it takes to beat the game and how to holster your weapon.