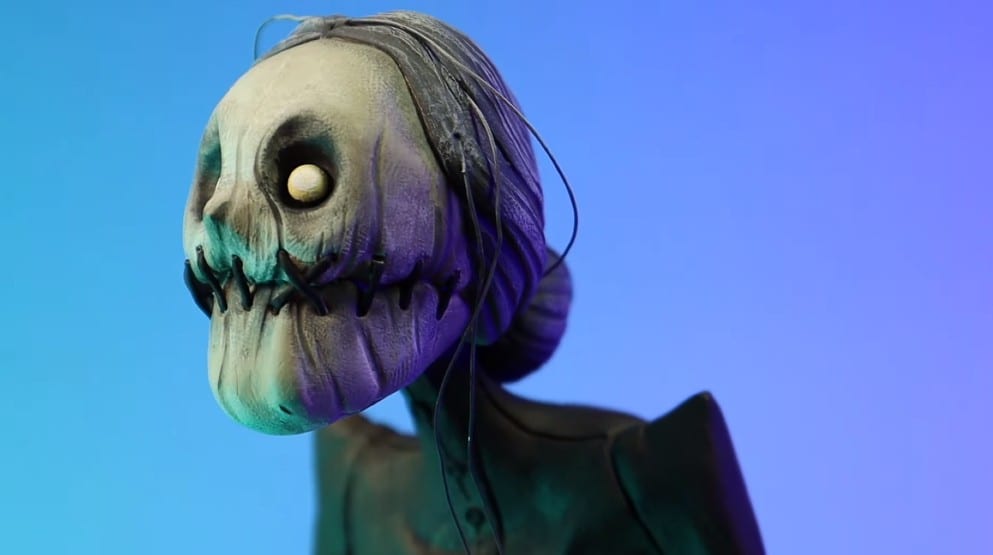 Little Nightmares is known for having some of the most creative and grotesque creatures in video gaming. They range from a terrifying Teacher that can stretch out her necks to gluttonous Twin Chefs that chop up everything they see.

These creatures were so creative, they actually inspired professional sculptor Ace of Clay (real name Anthony) to dedicate a segment of videos on his YouTube channel to them. In this series, he not only comes up with his own ideas for new monsters for the Little Nightmares ethos but also crafts them out of clay, showing fans his step-by-step process as he makes them.

In the video above, you can see his latest creation, The Seamstress, a lanky, spindly old woman that has her mouth sewn shut. Backstorywise, Ace of Clay stated that this character comes to your room and steals your soul, adding it to her collection of souls she has sewn together that are doomed to sit in limbo for eternity.

So far, this is the third character that Ace of Clay has created. The previous two unique clay creations were The Icecream Man and The Photographer. Before he started making his own versions, Anthony also made his very own sculpting of The Teacher, one of Little Nightmare II’s main bosses.

If you’d like to check out more of Ace of Clay’s work, be sure to head on over to his YouTube channel, as he’s created a lot of other amazing pieces of work outside of Little Nightmares as well.