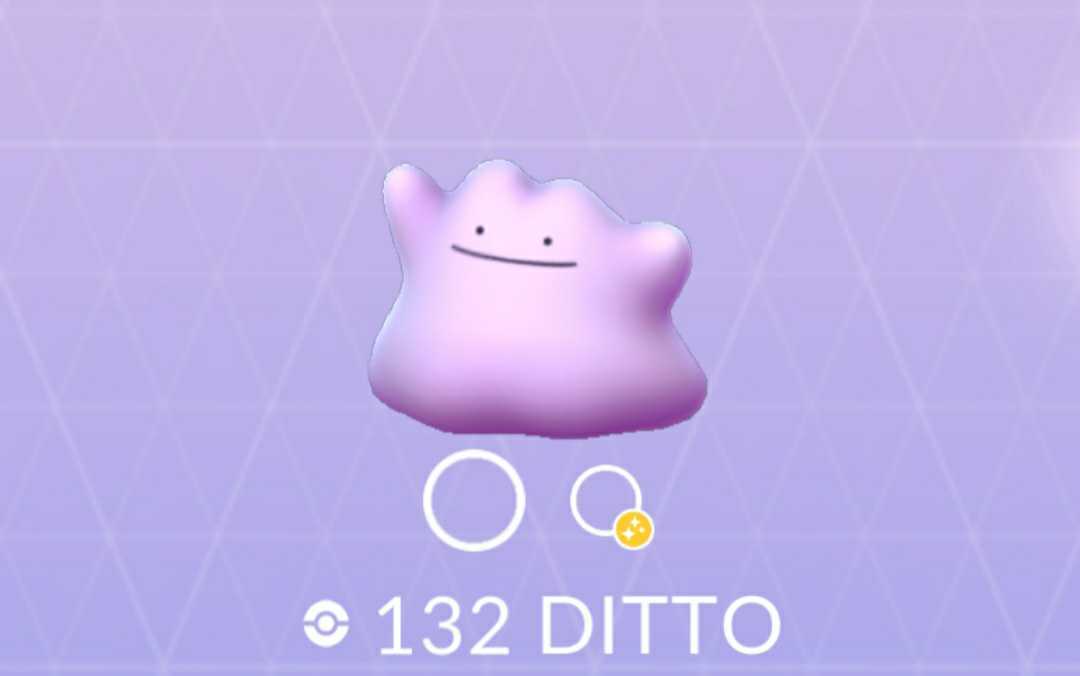 There are a lot of different pocket monsters to capture in Pokemon GO but Ditto is one of the trickiest, largely because it comes down to RNG.

Ditto, the cloning Pokemon, can be caught out in the wild randomly just like any other one. However, there is a slight catch to this elusive monster.

First reported by Serebii.net, instead of appearing in his blobby pink form, this critter actually takes the form of other Pokemon which can make it a pain to search for.

When you are out exploring, there is a chance that you will encounter a Ditto hiding as another Pokemon, however, you will not know it until you’ve captured it. This makes capturing a broad amount of Pokemon worthwhile, as it could very well be a Ditto hiding in disguise.

Only the following Pokemon have the chance of being a Ditto in Pokemon GO as of March 2021:

Once you’ve captured a Pokemon, you will either go through the menus like normal or a text box will pop with the word “Oh?” in it. If this shows up, then it means you have captured a Ditto.

Is There a Way to Spot a Ditto in Disguise?

Unfortunately, no, there’s no way to tell the difference between a regular Bidoof, and a Ditto disguised as one.

Your best bet is to simply catch any of the Pokemon listed above whenever you see one and cross your fingers.

That’s everything you need to know on how to catch Ditto in Pokemon GO. For more on the game, head on over to our guide wiki or check out more of our coverage on the game below.