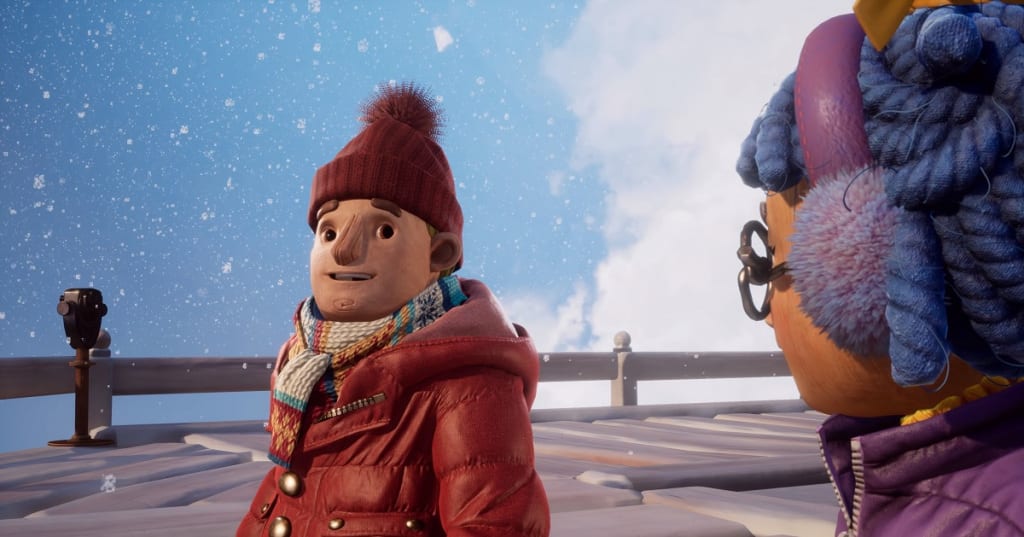 It Takes Two features a lot of really challenging boss battles, with most even requiring you to go through multiple faces to finally beat them. The Giant Octopus is one of those battles, which can be a little tricky if you don’t know the right way to do things. Here is everything you need to know about how to beat Giant Octopus in It Takes Two.

For a small section of Chapter 3, Rose’s Room, May, and Cody find themselves traversing the world via a toy boat. As soon as you get in the boat, you receive general directions on how to steer and fire its guns.

As you can see in the picture above, each person controls their side’s movement with their left stick. Cannons are also the same for each character, simply requiring you to press RT on Xbox and R2 on PlayStation.

You’ll use these controls to move, destroy obstacles, and defeat enemies. At the very end of this short section, they must the boat and its cannons to defeat a Giant Octopus in a pirate hat.

How to Beat Giant Octopus Boss Battle in It Takes Two

As soon as the fight begins, your boat is trapped in a whirlpool you need to shoot your way out of. Point the front of your ship toward the Giant Octopus and fire non-stop.

Once you get its health down to half, it’ll pull the ship down and reset you to start the next phase. Its tentacle will surface in front of you, pushing TNT rubber ducks toward your ship.

Take out the TNT rubber duck with your cannons to avoid getting damaged. It releases them in a circle so be prepared to move clockwise.

After a full rotation, the Giant Octopus pops back up. Pepper it with more cannon fire until it flips your boat up in the air.

Take out the tentacles that are floating in the middle while avoiding the attacks from the toys on the right. Repeat this process one more time and you’ll have defeated the Giant Octopus.

That is everything you need to know about how to beat Giant Octopus in It Takes Two. If you and your partner are still hunting for more help navigating the game’s bite-sized world, look no further than our official wiki guide.