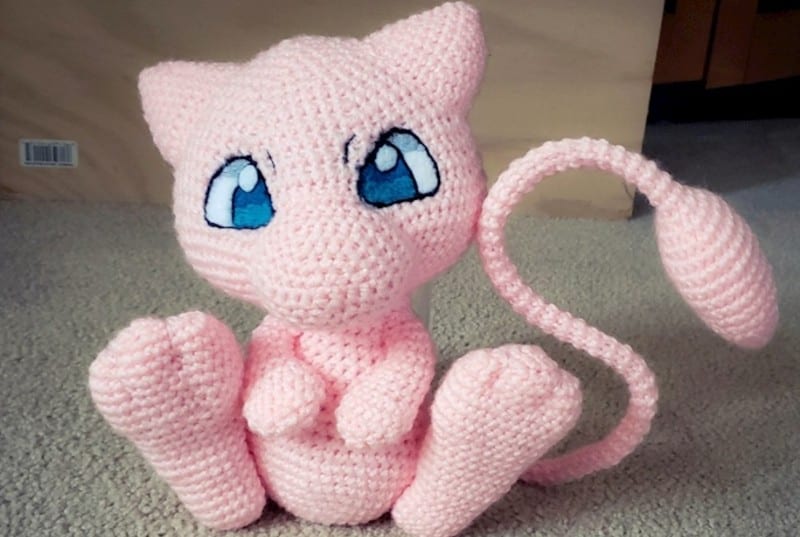 Earlier today on the r/gaming subreddit, a user by the name of noduckshere94 posted that she is making it her goal to crochet all 892 Pokemon. And while she may still have a bit to fill out her yarn Pokedex, what we’ve seen so far has been ridiculously adorable.

As you can see in the picture above, she’s already created a slew of different cute yarn Pokemon from across different generations. Just in this picture alone you can see she’s made a Scorbunny, Squirtle, Jirachi, Seedot, and Gengar.

On her official PatternsByJazz Etsy page, where she goes by Jazz, she details that she started making these dolls with the goal of donating them to The Child’s Play Charity. On the site, Jazz also encourages others to give it a try, sharing the patterns so that users can do their best to recreate the Pokemon themselves.

At the moment, PatternsByJazz has five Pokemon patterns available for purchase on her Etsy page: Gengar, Jigglypuff, Squirtle, Mew, and Oddish. Each is only around $5 plus shipping.

Alternatively, Jazz has also made a Ko-fi page for those who would either prefer just to donate directly to her or directly to the charity. While the amount isn’t specified, she also says that she is more than happy to give the plushies directly to supporters in exchange for a monetary donation for the charity.

If you’re still on the hunt for more Pokemon-based content, be sure to check out all of our other content, ranging from quizzes to articles, including a discussion on what Pokemon Legends: Arceus needs to evolve the series.