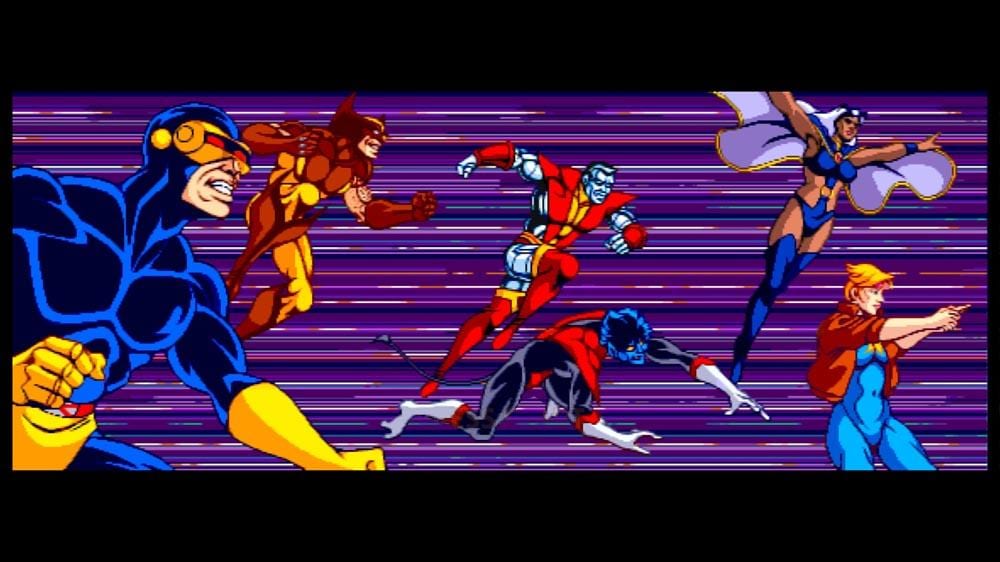 Between Battletoads, Streets of Rage 4, and the newly announced Teenage Mutant Ninja Turtles: Shredder’s Revenge, classic side-scrolling brawlers have seen a mini-renaissance as of late. To celebrate this influx of awesome beat ’em ups, we’ve come up with a list of four series we think are due for a revival.

The Simpsons has been a huge part of popular culture ever since it released on TV back in 1989. There were plenty of kids that weren’t allowed to watch it, though, and many were likely introduced to the franchise via its Konami arcade game.

Released just two years after the show’s debut, The Simpsons Arcade Game tasked up to four players with rescuing a kidnapped Maggie, giving them control over Marge, Homer, Lisa, or Bart. Regardless of which character you choose, characters use two different attacks to disperse a myriad of different enemies and bosses.

While it may be the deepest of the brawlers out there when it comes to combat, the level-designs, enemies, and co-op experience in The Simpsons Arcade Game is top-notch.

Considering the amount of content that the show has produced since the game’s original 1991 release, another game in the series would have more than enough unique source material to draw from to justify a new game or at least a refresh similar to Turtles in Time.

While it may not get the same acclaim other Konami brawlers like The Simpsons and TMNT received, that doesn’t mean Violent Storm isn’t still an amazing game. This 1993 beat ’em up allows you to choose between three fighters: Wade, Boris, and Kyle.

Depending on which character you chose, players get to experience a lot of different styles in which to play the game. Where one character specializes in damage, another is much faster, meaning different ones thrived in different situations.

While this may not sound too revolutionary these days, the variety of moves, combinations, and weapons that were at your fingertips in Violent Storm was really refreshing when the game was released.

Even with only seven stages, the gameplay never gets old. A modern installment of the series would surely thrive, as its combat variation-styled gameplay is now the norm with most games in the genre.

Thanks to Fox and Marvel, the X-Men have remained apart of the zeitgeist of popular culture for well over two decades now. Yet, despite the comic, television, and movie presence the franchise has, it still hasn’t gotten the proper respect it deserves regarding its amazing side-scrolling video game.

Simply titled X-Men, this 1992 video game lets players choose between six X-Men: Cyclops, Colossus, Wolverine, Storm, Nightcrawler, or Dazzler. The main objective of the game was to team up and stop Magneto from terrorizing civilization.

To accomplish this goal, you and your friends have to fight an endless army of enemies, ranging from Sentinels to mutant crocs to even supervillains like the Juggernaut.

The gameplay is as straightforward as they come for brawlers, as you move left to right, punching and kicking every enemy you see. Using those basic moves ends up being really rewarding, though, as it builds up a meter that eventually lets each character pull off their specific finishing move.

Executing one of these powerful finishing moves is not only satisfying to see, as the game featured beautiful pixel artwork, but also served to clear out the area of multiple enemies simultaneously.

To this day, I still have fond memories of playing X-Men with my friends, and would absolutely kill for a modern installment.

While Castle Crashers certainly isn’t as old as most of the games on this list, there is still no denying that it is a classic. Released in 2008, this 2D brawler makes it so that you and three friends could group up to defeat foes with a range of unique combat and magic abilities.

As you progress throughout the multiple stages that make up the game, experience points are doled out, allowing each person to invest them however they please.

This choice to allow players to pursue certain paths when it came time to invest their skills resulted in a lot of different ways to play Castle Crashers.

Though it did receive a remaster in 2019, it is time for the series to return.