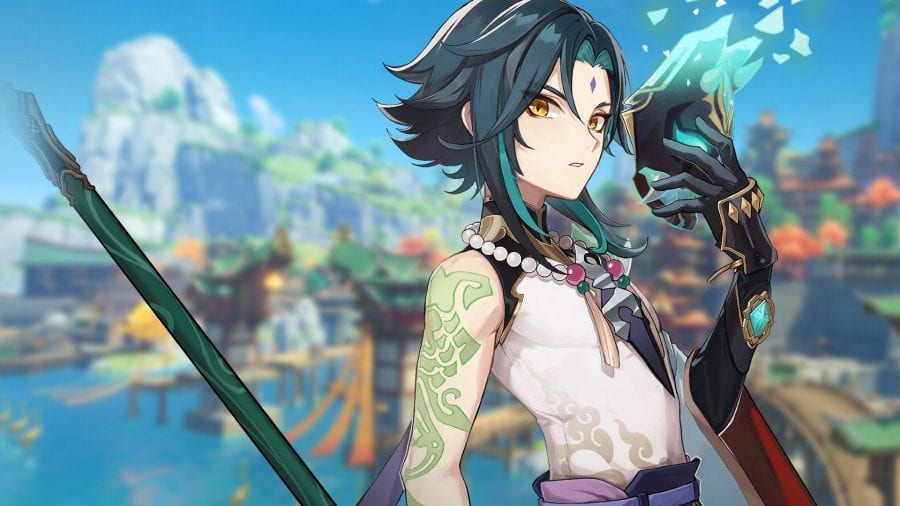 With the release of update 1.3, Genshin Impact players can now check out a new quest called Five Flushes of Fortune. You’ll have about a week to clear the quest, but if you check back in everyday to complete your objectives, you’ll be rewarded with valuable resources like primogems, leveling items, and Mora. Here’s how the Five Flushes of Fortune event works in Genshin Impact.

First things first, head over to Liyue Harbor and speak with the NPC named Ji Tong. His quest should automatically pop up in your journal, but we’ve got a short guide on how to locate him if you’re a little lost.

Speak with him, and he’ll hand over the Kamera, which is a gadget that you can use to take pictures of your surroundings. Each day, you need to submit five different colored photos of a particular colored object to claim your reward. We’ll go through each of the days’ objectives below.

The first day of the Five Flushes of Fortune quest requires you to take photos of red items. However, there’s one important thing to be aware of: the red items that you take a photo of need to be interactable. This means that you must be able to pick up the item or interact with it in some way in order for it to count.

Here’s a list of items that will work for this objective:

Do be aware that you’ll only get 10 pieces of film a day, so be careful not to take too many photos of the same object. Simply hit the Z key to open the Kamera, then click and drag on your screen to align the viewfinder with the object. You can also use the scroll wheel to zoom in and out. With the object properly in the frame, the Kamera will automatically take the photo for you.

Once you have all five colored photos, bring them back to Ji Tong for your reward.

You can also attempt this quest in co-op mode, and if you have extras of a particular colored photo, you can also give them to a friend if they need it.

The second day of the quest requires you to take photos of blue creatures, and as you might’ve already guessed, most of them can be found in Dragonspine. In fact, just making your way up Dragonspine mountain should allow you to get all the photos you need.

In addition to that, you can also take photos of the Wolf and the Cryo Regisvine if you need more.

The following enemies will qualify for the blue creatures requirement:

Brown creatures are a little tougher to get ahold of, especially since they’re also generally more challenging to fight. That being said, here’s a list of creatures that will work for this requirement:

Yellow items are pretty common in Genshin Impact, so you shouldn’t have too much trouble getting photos for these.

Blue items are also pretty easy to get photos of in Genshin Impact, as most of them are commonly found items in the world. Just make sure to take photos of a variety of different items to increase your chances of getting more colored photos.

We’ll be updating this guide throughout the rest of the week as more objectives pop up.

That’s all you need to know about how the Five Flushes of Fortune quest works in Genshin Impact. Be sure to check our guide wiki for more tips and information on then game.