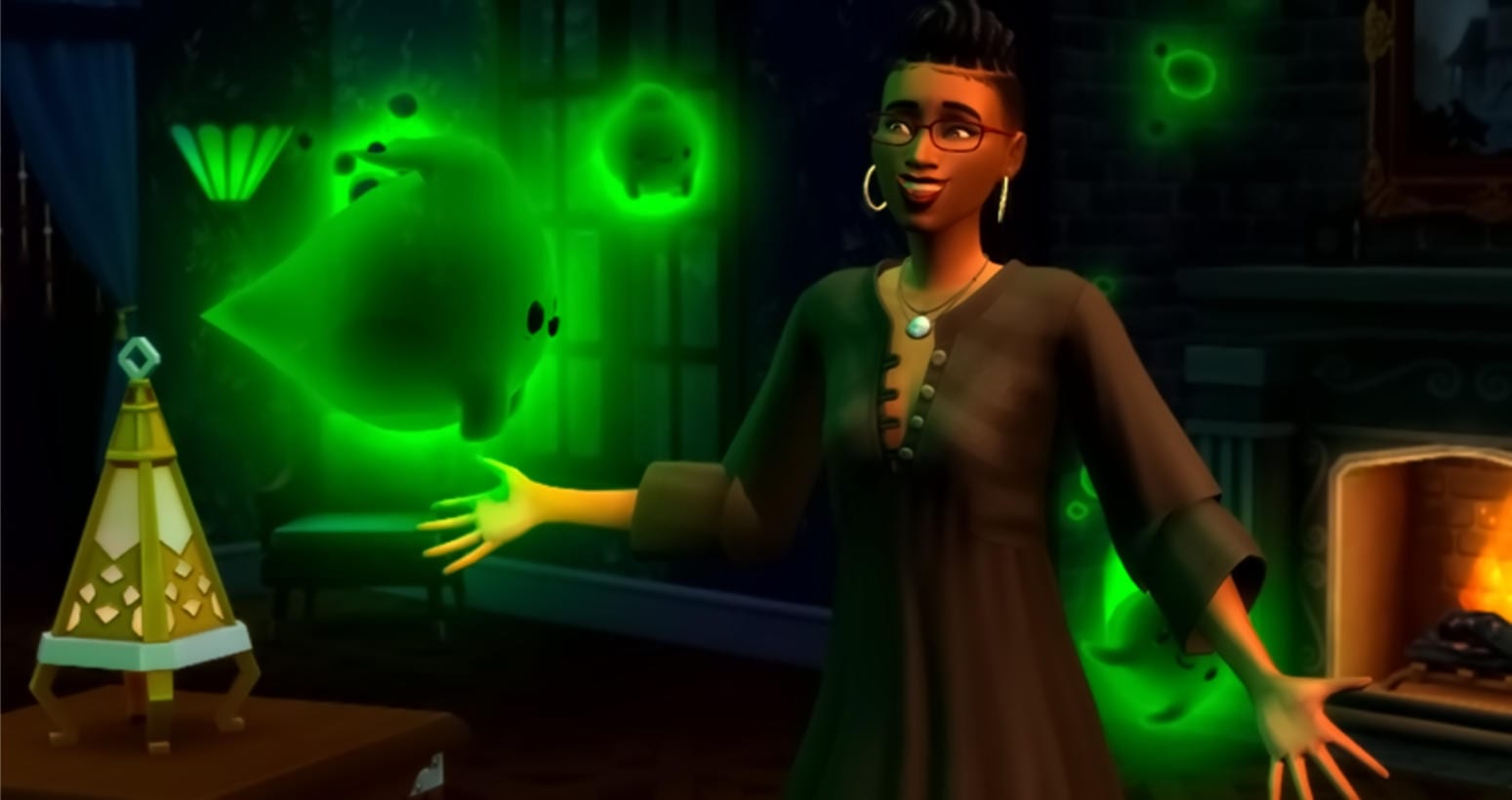 As Sims fans, we’re used to getting content we’ve either not requested or not even considered, and once again this latest Paranormal pack is another welcome but unexpected addition to the game.

After all, between the Spooky Stuff Pack and Vampires expansion, I really didn’t expect any other paranormal-themed content to come out (at least any time soon). And I must admit, at first glance, the contents of the new pack appeared rather underwhelming even if I was still excited to jump in a see how it played in practice.

Upon entering Create-A-Sim, I excitedly clicked on every section of clothing to see what had been added. Much to my disappointment, only a few new clothing items came with the pack (even less for masculine-presenting Sims). There were only a few new hairstyles, which were underwhelming but not too surprising as I was expecting the focus of Paranormal to be on the gameplay rather than Sim design.

I also noticed that there were no new traits or aspirations which I would expect from something as minimal as a Stuff Pack. However, I feel as though some fun traits could have been added, or at the last an aspiration relating to the new Paranormal Investigator career. These also could have enhanced the gameplay aspect by allowing players to fully devote their Sims to experiencing and getting better at dealing with the paranormal. There is a reward trait later on, “Brave,” however, that helps boost confidence and counter fear.

After making some Sims and placing the new lot that comes with the pack, I got ready to move a family into it. If you want to experience Paranormal, you’ll have to make sure you’re playing on a special type of residential lot– one marked as “haunted house residential.” I was sad to see that this was introduced as a lot type rather than a lot trait (no haunted libraries, parks, tiny homes, etc.). This also made jumping into the pack itself a little confusing as I was trying to figure out how to set the lot trait without realizing that it was the type of lot placed.

Once I was finally able to start playing on a haunted lot, I had to wait again for nighttime. When the day ends and night finally rolls around, you can begin to see specters on the lot. These guys are absolutely adorable, but there’s not much to do with them. You can give them gifts (one being your soul), or attempt communication with them. The green ones are nice, the blue ones are sad, and the red ones are bad.

Weird stuff started to happen in the house as well, with creepy dolls appearing, gnarly plants growing in the yard, and slime covering random parts of the flooring. You can thankfully destroy the items and clean the house when your Sim has calmed down a bit.

The new moods that came with the update for the pack (allowing your Sim to be scared and terrified) were definitely a good addition, but I felt like these got annoying at times. Sims seem to get stuck in a loop of being afraid and unable to do anything other than hiding under the covers. You do eventually find out from the fancy ghost Guidry later that you can make Sims’ lives a lot easier by making them less scared.

By using different dialogue options with Guidry, you can obtain items like sacred candles and place them near Sims to make them less afraid. Other items you can expect include soul scraps, or bits of soul to replace your Sim’s if they gifted it to specters.

I discovered that Guidry had a lot of dialogue options that pertained to certain moods, so I made sure to make the most out of him and get any and every helpful tooltip and gift I could. A lot of it did seem to drag on sometimes though, and some of his beginning dialogue did very little to help me. At this point, you might find yourself happy he has even appeared since it seems like you have to wait a few nights for him (I’m not sure if that’s a bug or if his appearance is completely random).

You should immediately purchase a seance table and mess around a bit, enabling you to level up the new medium skill finally. You can talk to the dead, check how haunted your lot is, and perform ceremonies to hopefully make your Sim’s home a little less haunted. Once you start leveling up the medium skill, you unlock new “abilities.” When it levels up, you can perform group seances, and when you hit level 5, you can talk to Guidry about getting a license for the Paranormal Investigator career.

Everyone’s fave macabre maid, Bonehilda, is summonable when your Sim’s medium skill hits 3. She cleans, produces food out of thin air, and flirts– a powerful entity indeed. I felt let down by the restrictions, however, as you can only summon her using the seance table so she doesn’t come out daily or instantly. Who wouldn’t love to have her as a scheduled maid?

The Paranormal Investigator career is pretty much more of the same thing once you do unlock it. You do for other Sims what you do for yourself– seances, communication with the dead, and everything you’ve already seen on your own haunted lot. Exorcising lots can be fun at first since it’s a new place to do those things in, but it gets old. It would be nicer to see more depth with the ghosts rather than just having specters and a couple of actual ghost figures. There are some audible “jump scares” though, so be warned.

That’s one aspect you might find quite well-done about this pack– the sounds. The creepy noises, the lights bursting, and the little children laughing creepily… these all added to the experience quite well and made it feel pretty immersive.

Overall, The Sims 4’s Paranormal Stuff Pack adds some gameplay elements that make the game a bit more fun, but it’s definitely not content-heavy. Paranormal is something you engage with at night or on the side when your Sims aren’t busy with their actual lives.

The new Freelancer career option is fun but getting to it can feel like a grind since you have to level up your medium skill first. I’d recommend you grab this pack on a sale just to have the options it presents Sims, but don’t buy it full-price unless you’re prepared to be a little bit disappointed.

Most of Paranormal’s additions should have otherwise been found in the other similar packs or at the least been enhanced as a stand-alone pack. The grammatical errors encountered didn’t help the pack feel any less rushed, either.