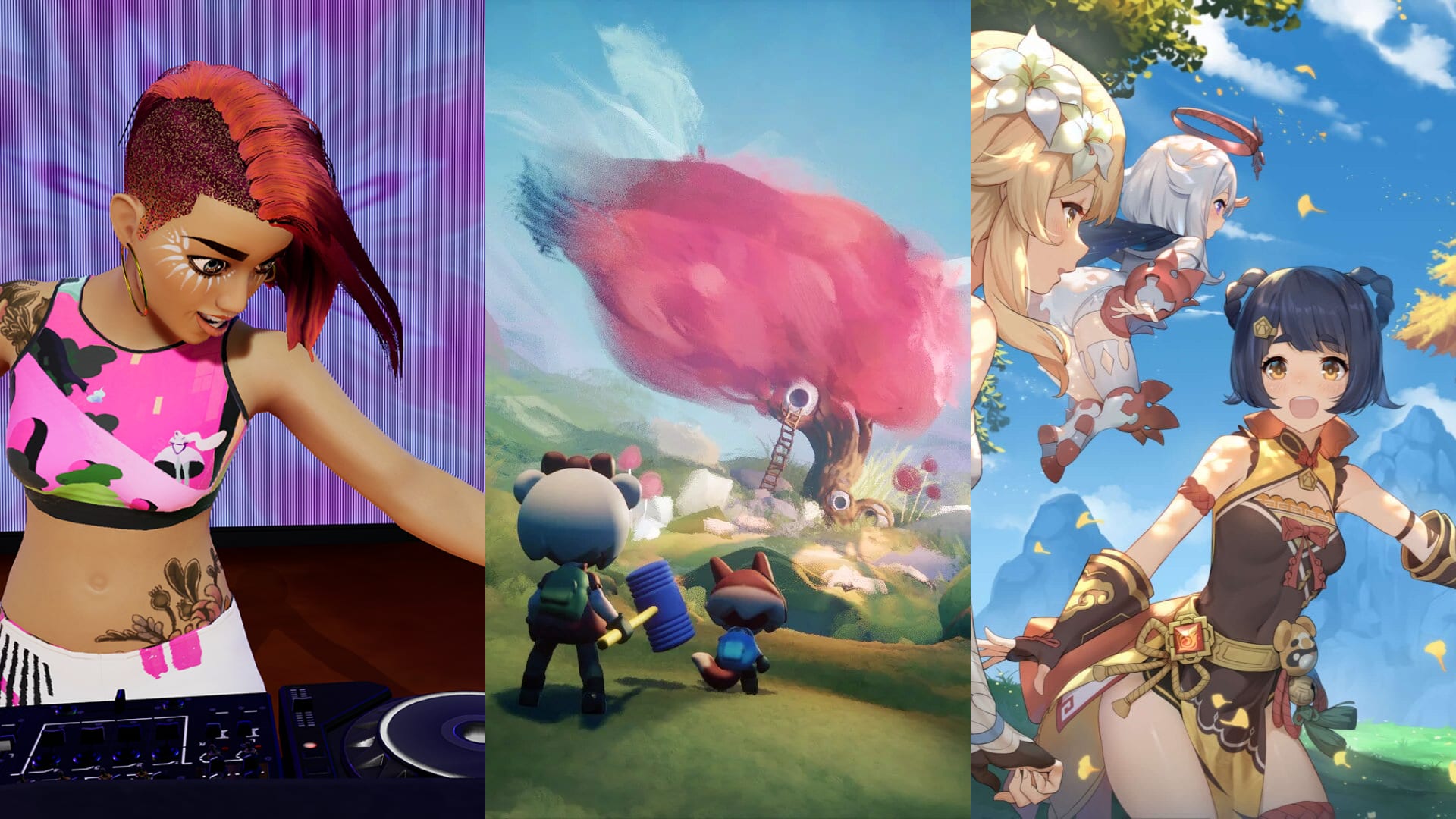 After a long year, it’s finally awards season here at Twinfinite and throughout this month we’re going to look back at our favorite games of 2020. In such a busy year, some games have stood out as doing something new and special, so here are our picks for the most innovative games of 2020.

Voted on by our editors, these were the games that stood apart from the pack by introducing us to something new, whether it be via gameplay, story, or something else entirely, so let’s take a look at the best of the year.

Senior Editor Alex Gibson: I know what you’re thinking: how could a game that is so obviously a pastiche of Nintendo’s superb The Legend of Zelda: Breath of the Wild be considered inventive in its own right? Isn’t Genshin Impact really just a copycat?

The answer is yes, and no. Because for all its liberal borrowing of popular Zelda mechanics, so too does developer miHoYo put its own clever spin on things. The result is an epic adventure that feels familiar and wholly unique in equal measure.

Genshin Impact’s fusion of anime-esque storytelling, epic exploration, and deep, engaging RPG mechanics is something we rarely see on such a massive scale — and all completely free-to-play, and available across not only console and PC but mobile as well.

It really is a game that feels as though it’s a landmark title for a segment of the industry that’s often marred by controversy and skepticism.

Genshin Impact, by comparison to what has come before, is a rare breed of gacha game that encourages you to spend not through manipulation but the quality of its design and the commitment from its developer to provide a robust experience no matter your budget.

It’s no surprise that its community continues to grow at an astonishing rate, and I’m certain they’ll be sticking around to enjoy miHoYo’s impressive live-service support moving forward.

Reviews Editor Zhiqing Wan: 13 Sentinels: Aegis Rim isn’t going to be for everyone. The prologue feels unnecessarily verbose, and the combat UI isn’t particularly nice to look at –a strange thing to say about a Vanillaware game, considering how pretty their past works have been.

Still, if you’re able to get past all the fat from the beginning (and that’s a very big if, mind you), 13 Sentinels quickly reveals itself to be a pretty compelling game with fascinating characters and an engaging sci-fi plot.

While there are some elements of it that can feel rather over-the-top fanservice-y at times, 13 Sentinels is still pretty grounded at its core and it delivers a powerful and surprisingly memorable punch as you enter the final hours.

The story unfolds in a mysterious and effective way because you’re constantly jumping between different gameplay sections and only seeing small vignettes of the story each time. It’s frustrating at some points, but the payoff is worth it as everything comes together in a satisfying manner.

Deputy Guides Editor Tom Hopkins: In the Guitar Hero days, rhythm games were as popular as ever, but weren’t ever particularly complex. Following the promise shown by Harmonix’s Dropmix, the studio released Fuser to satiate the DJ inside all of us.

From a structure and visual standpoint, Fuser is pretty straightforward, but it’s the game’s musical systems that impress. With more than 100 separate songs, each with four instrument parts, it’s incredible how seamlessly Fuser melds them together in an instant, without them ever sounding truly terrible.

Then, on top of the basic mixing of songs, you can add little distortions of your own, change the key, the bpm, and more to create the perfect track. Fuser never strains under the weight of what you ask of it.

Hopefully, it’s the kind of technology that sees the resurgence of rhythm games in a new format. As fun as the likes of Rock Band were – and they were innovative in their own right too – it’s time for something new and Fuser is a great example of what is possible.

Staff Writer Rebecca Stone: Nintendo is all about innovation, and their latest title in the Mario Kart series is no different. Instead of being a completely digital game, Home Circuit allows players to create physical racetracks around their own homes.

The concept is genius: the Nintendo Switch is used to control a toy kart around the real-life courses set up around the house. The kart even has a camera attached that broadcasts footage in real-time to the Switch or TV screen.

Home Circuit is yet another example of Nintendo thinking outside of the box to rejuvenate one of their most popular franchises.

It’s up to the player to decide how creative the courses should be; the only limitation is four gates that the kart must pass through during the race, so the potential is grand. Ramps made out of books and tunnels behind couches are all within the realm of possibility here.

Players have already uploaded videos of their most creative courses online, not to mention plenty of funny clips of pets interacting with the game. Home Circuit might be the closest we ever get to actually racing in Mario Kart in real life. Just don’t leave any banana peels lying around the house.

Most Innovative Game of 2020

After the extended early access period in 2019, the promise of Dreams became clearer and a magnificent game blossomed. While there is a beautiful single-player segment to it, called Art’s Dream, it is the creation tools that make Dreams a special and innovative game.

You truly can make almost anything you can imagine. Racing games, first-person shooters, beautiful walking sims, and rhythm games are all present in the library, and many of them are genuinely great games. Just take a look at this list of the best Dreams games we’ve played so far.

Never has a simple to understand game creation title had quite so many options and possibilities. All that’s required is some understanding of the game’s tools and an idea.

Even if your skills aren’t quite what you’d like, you can collaborate with other creators to make every aspect of a game as good as possible.

Then, there are hundreds of great games made by the community that you can either play for fun or use as a bit of inspiration. As a game to sit back and play, it’s great, but Dreams is a magical experience for the creative people out there. The possibilities are almost endless and I never expected it to be quite so deep.