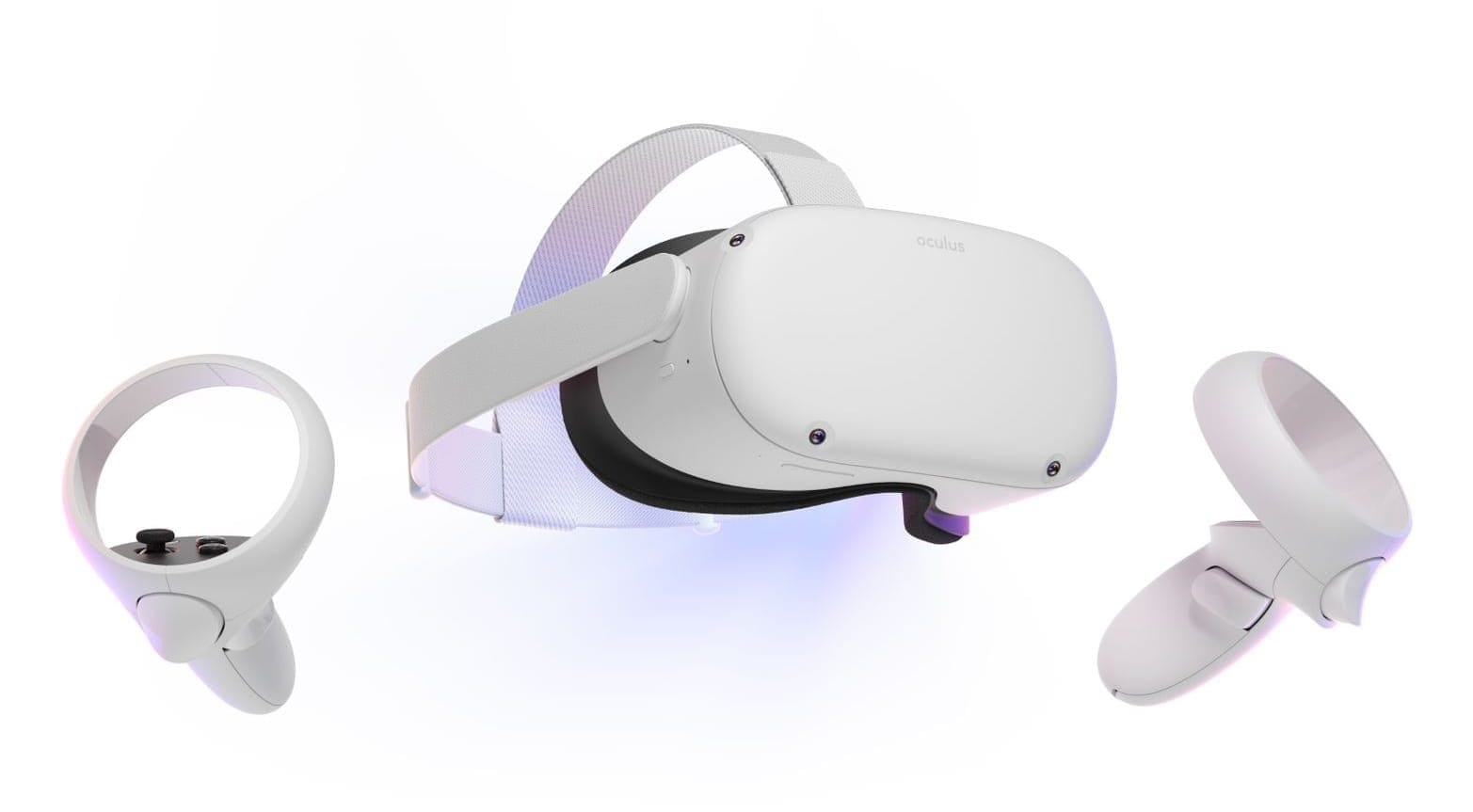 The Oculus Quest 2 is currently the best standalone VR headset on the market right now. Its fantastic screen resolution, excellent library of games and accurate motion tracking make it easy to recommend at its low price point. While the battery life of both the headset and the controllers is pretty good from our experience, there will come a time when you need to charge them both. In this guide, we’ll be running you through how to charge your Oculus Quest 2 controllers, as well as the headset itself in case you’re having any difficulties.

While the headset itself has a built-in battery that you charge via the USB-C port in the side of the unit, the controllers themselves actually require a single AA battery each to work.

To replace this, look for the battery compartment cover. This is on the outside of each controller, and is marked with an ‘eject’ button on the controller itself.

Once you’ve found this, press down gently on the panel and slide it in the direction the arrow is facing. This will reveal the AA battery inside, which you can then remove and replace with a fresh one.

This does mean that you’ll either need to keep buying AA batteries to replace each time they run out in your Quest 2 controllers, or buy some rechargeable AA’s with a charging station to save you some money over time. These could also be used with other electronics such as an Xbox controller or TV remote, so may be a worthwhile purchase.

The headset itself is much simpler to charge up. Simply use any USB-C cable and plug it into the port on the left-hand side of the headset.

That’s everything you need to know to keep your Oculus Quest 2 fully-charged and ready for your next VR adventure. If you’re looking for more Quest 2 guides, be sure to check out our list of the best Oculus Quest games, or see more of our coverage below.