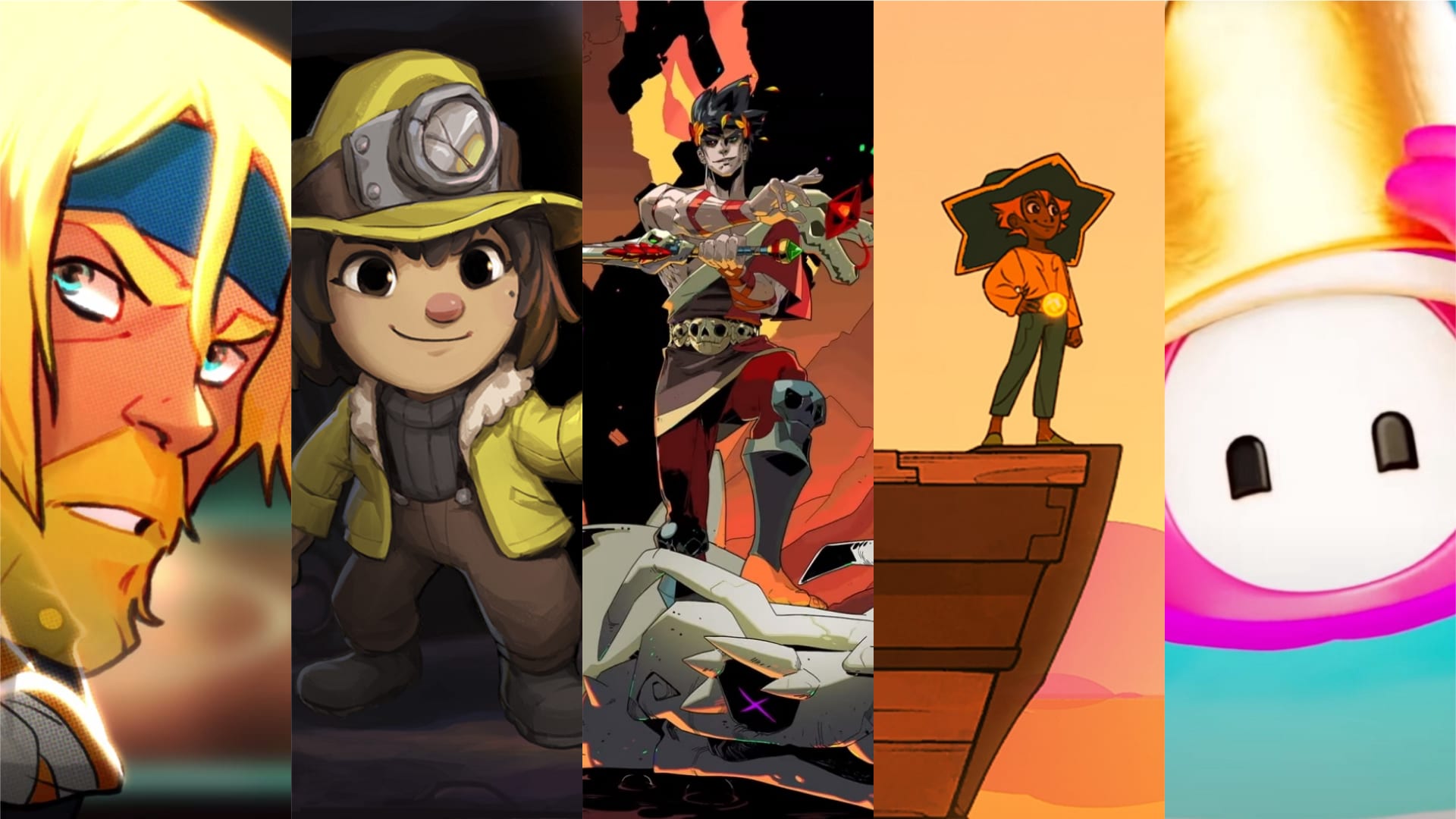 It’s finally award season here at Twinfinite! Over the course of the next week we’re going to look back at our favorite games of 2020. That includes the plethora of memorable indie games the year has seen. These are the best indie games of 2020.

Voted on by our editors and staff, these were the indie games that stood apart from the pack.

Editor-in-Chief Ed McGlone: Streets of Rage 4 was long overdo. For years it was a treasure of an IP that for some reason or another, Sega refused to do anything with.

Fortunately for fans of the classic beat-em-up, Sega finally felt comfortable allowing indie developers DotEmu, Lizardcube, and Guard Crush to take a stab at bringing Streets of Rage into the 21st century and they did not dissappoint.

Streets of Rage 4 turned out to be a fantastic and faithful follow up in the series. The developers were able to strike a balance between tweaking the gameplay, visuals, and new features with ensuring that it still felt like a direct continuation of the classic games. Oh, and getting the legendary composers from the original games to help with the soundtrack was a massive cherry on top.

The result is a game that not only impressed critics, but also was able to please fans both new and old, a difficult task in this day and age that should not be underappreciated.

Staff Writer Omar Banat: As a part of the indie boom of the late 2000s, the original Spelunky received universal praise from critics and players for its endlessly fun gameplay. It gave Spelunky 2 some massive spike shoes to fill. But as it turned out, the sequel far exceeded expectations.

Spelunky 2 takes bits of every indie stereotype and blends them into a wholly unforgettable experience. The game is a spectacular 2D roguelike platformer that pulls no punches in terms of difficulty. Your eyes are drawn in by the beautifully designed sprites and your ears are filled with ridiculously memorable and catchy music.

In a year that was filled with fantastic indie titles, Spelunky 2 was undoubtedly one of the best. Its extremely responsive controls and endlessly replayable randomized levels challenged anyone who dared to take the game on.

Editor-in-Chief Ed McGlone: Fall Guys followed the Rocket League formula almost exactly in 2020 and like Rocket League, Fall Guys is on track to be a fixture in the online multiplayer scene for years to come.

Fall Guys has an effective gameplay loop that is accessible enough even for the most casual of players to jump into, while also being fun for gamers of all skill levels.

The minigames are a perfect blend of skill, RNG and madness. It’s just chaotic and rando enough that while skilled players generally should get through, a rookie has a shot of getting a crown too should the game break in their favor.

And if you don’t win and are unceremoniously thrown from the stage, you can jump right back in the action to try again. Fall Guys just ends up being one of those games that even when you lose (horribly) you’re still having fun.

Developer Mediatonic has a hit on their hands and appear committed to supporting the game for the long haul.

Guides Editor Chris Jecks: When I look back on the 20+ glorious hours I spent with Spiritfarer, I have to resist the urge to start that magical adventure with Stella and her cat Daffodil all over again.

An indie management/ sandbox sim, the game sees you assume control of a Stella, the newly-appointed Spiritfarer tasked with picking up lost souls from around the world, fulfilling their final wishes and bringing them to the Everdoor so their souls can finally be laid to rest in the Afterlife. It’s a beautiful game with an emotional story and while the gameplay is never really that difficult, it has an abundance of heart that becomes utterly enchanting.

You see, the spirits you ferry around the mystical seas aren’t as vapid as their initial opaque spirit forms look.

Once this assortment of animal spirits take on their true form on-board your ship, they transform into some of the most personable, likable characters I met in video games this year. Each one with their own plights and pains they didn’t resolve before they passed. Aside from Atul… who just loves eating and building. Atul’s great.

From constructing each spirit’s unique abode and filling it with their favorite decor, you embark on quests to help them finish this unresolved business.

The gameplay in these quests only ever tends to go skin-deep, but it’s the writing around these characters that often brings thought-provoking moments around the topic of death.

A reminder our time on Earth is only finite, and we must let go of pain, hurt and suffering to heal our souls. Life throws curveballs at us every once in a while, and sometimes you’re going to strike out.

Spiritfarer teaches us that’s okay, in the most beautiful, serene video game I got to experience in 2020. It’s not just my favorite indie of the year, but one of my top three games of 2020 period.

Reviews Editor Zhiqing Wan: 2020 was a great year for the indie scene, and in any other year it probably would’ve been a much closer competition between games like Spiritfarer and Spelunky 2 to take the crown of best indie game. But then Supergiant Games surprised us with the full release of Hades.

Hades feels like the epitome of what Supergiant is all about as a developer. It feels like the the studio has truly come into its own as it features the very best of everything Supergiant is known for: incredible soundtrack, beautiful art direction, engaging narrative, and the compelling gameplay loop is just the cherry on top.

With the developer’s past games, you could almost always argue against their gameplay elements. Transistor was too clunky, Pyre’s fantasy football is weird and repetitive, and Bastion… well actually Bastion was alright.

But with Hades, this is Supergiant at its very best, thanks in no small part the years the game has spent in early access as the devs took in fan feedback and continuously worked on and improved the game while accepting criticism.

Hades is astounding as a new member of the roguelite genre; with so many boons to choose from, along with different weapon aspects you can experiment with, no two runs will ever feel the same. And once you’ve beaten the game, you can play around with even more modifiers to make it more challenging in meaningful ways beyond just damage buffs and reduced health.

Even without those modifiers, Hades never fails to surprise players with new boss moves, enemy types, and new NPCs to encounter. There’s always something to look forward to even with each failed run, and Hades truly manages to push the genre forward.