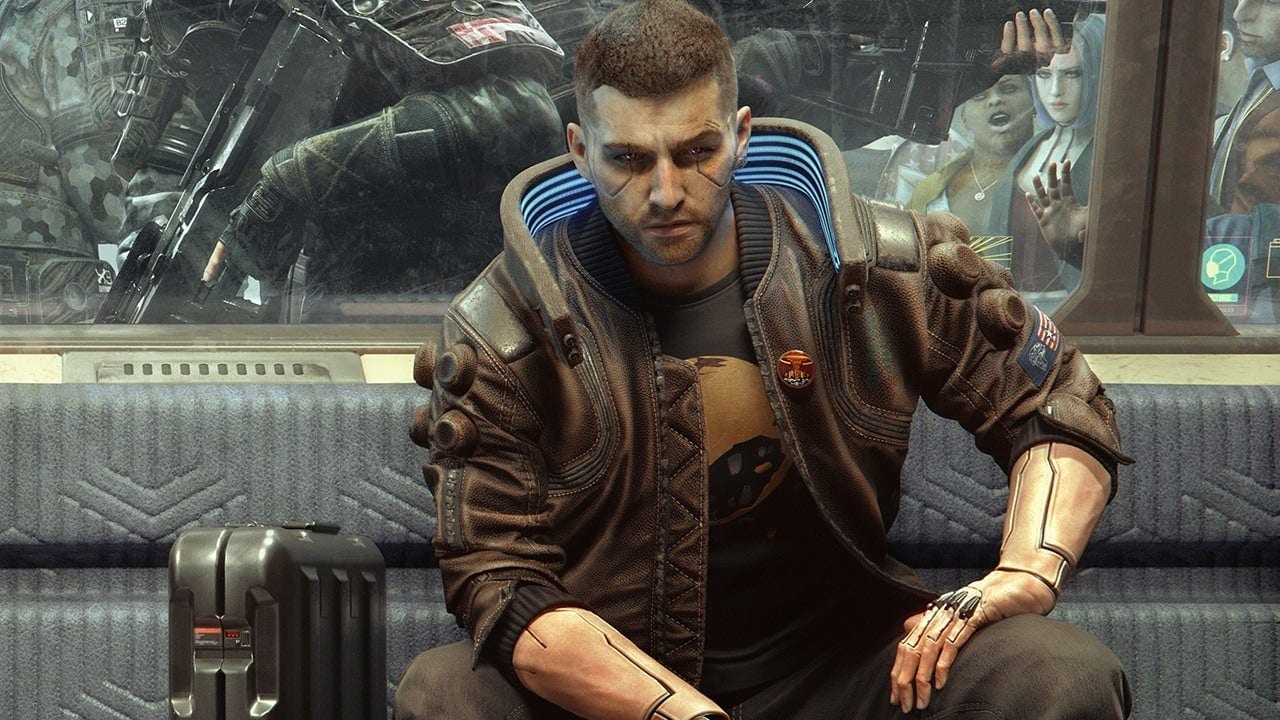 Despite its current issues, there is no denying that Cyberpunk 2077 boasts an impressive amount of story content. From mainline missions to side jobs to gigs, there is so much to do storywise and so many different ways to play each one of them.

Whether you’re in it for the dialogue, overall narrative, or even just the gear and rewards you get for completing them, there are very few quests in Cyberpunk 2077 we don’t recommend you try at least once. The side job known as Sweet Dreams is the main exception to this rule, as we advise you downright avoid it altogether.

Sweet Dreams starts out as one of the random side jobs you can stumble across when traversing Night City. To be exact, you’ll find it right outside of the No-Tell Motel.

You’re only objective is to meet up with a mysterious client. Arriving at the hotel brings you face to face with Stefan, a black market braindance dealer offering you a virtu so good that it’ll make you “transcend.”

The catch is that he requires 16,000 eddies to get your hands on this once in a lifetime experience. The fact that you can’t talk him down off this should be the first red flag.

The second is that you need to shill out another 4,000 eddies for the equipment if you don’t have high enough skill. If you do end up paying Stefan, all it gets you is a one-way ticket to an ice bath. Congratulations, you got conned.

But the worst part isn’t that you got conned; it’s that the rest of the quest is pointless. You’re only objectives are to sneak and retrieve your equipment down the hall – which is optional for some god awful reason – and escape the scav hideout.

You don’t get anything out of Sweet Dreams. It just ends up being a waste of time.

Sure, all quests in Cyberpunk 2077 are a waste of time when it comes down to it – in general, video games have always been good time wasters. The difference is when you invested time into a lot of other quests in the game, you at least got something of value from it.

It may just have been that the action was exciting or that you enjoyed the storyline occurring in the quest. The point is that you were enjoying something.

With Sweet Dreams, there is nothing to enjoy, as it features no interesting dialogue or choices, memorable action sequences, or even a satisfying resolution. All the quest ends up being is a 20k fast travel to fight Scavs.

Sweet Dreams serves no purpose other than an “oh look, that is where we found Sandra Dorsett. It looks like the same thing ended up happening to me too, lol.”

At the very least, it should have had some narrative threads to justify what it put the players through. Add in an extra conversation or even a small questline with Sandra or have it end with Stefan escaping and continue the story with another quest.

Instead, Sweet Dreams ends with you confronting Stefan, who swears he didn’t have anything to do with the faulty braindance. To make matters worse, the only two dialogue choices V is presented with allow him to get off scot-free.

Of course, you can kill Stefan when they are walking away, but it feels pretty empty. If we are being honest, though, it’s actually a pretty fitting end to such an oddly empty quest.