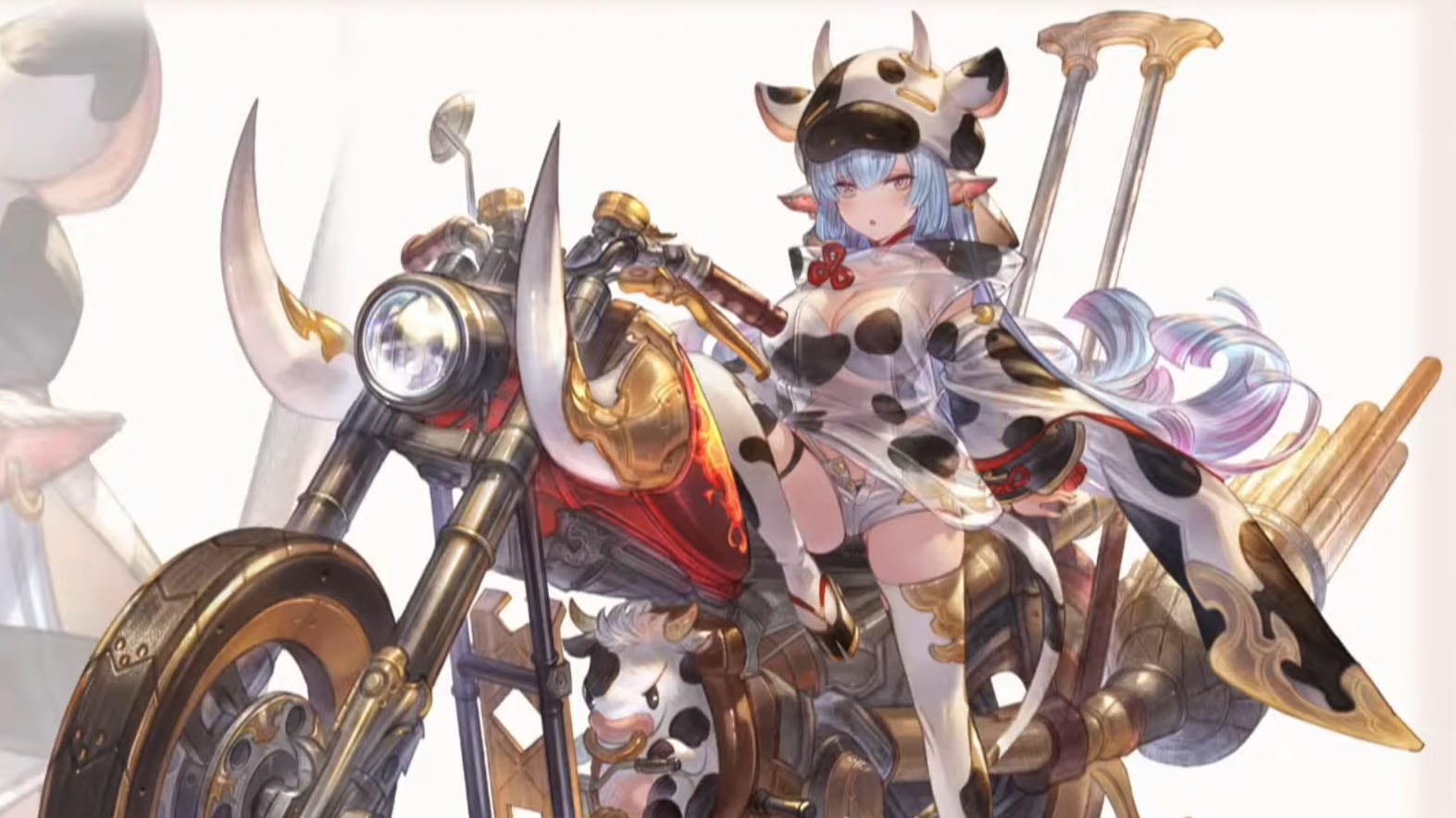 On top of yesterday’s announcements, we get the reveal of Filene from Shadowverse and a new Sandalphon, whocaused a rather… intense reaction from Narmaya voice actress Mao. He always seems to get this kind of reaction for some reason.

The traditional New Year skins include Cain, Danua, and a super-cute Athena, while the inevitable New Year character is Shatla, celebrating the year of the Ox. Quite obviously, she’s a Draph.

We also get the reveal of a new job, which is Masquerade, Dancer’s EXII job. It’ll come with a rank cap increase to 300 for the 7th anniversary next year.

Of course, the Holidays will be full of freebies (following the celebration for 27 million players going on now). From December 22 to January 5, we’ll get up to 200 free draws a day thanks to the traditional Gachapin Roulette.

Last, but not least, a new and really intriguing event is coming on February 26, 2021. We get to see the teaser trailer below alongside all the slides for the content mentioned above.

As a bonus, you can enjoy the awesome annual Character live concert.

If you’re eager to know more about Granblue Fantasy Relink, we heard that the game has been delayed to 2022 and will come to PS4 and PS5. We also got to see some really spectacular new gameplay.

For Granblue Fantasy Versus fans, today we got the reveal of Yuel’s release date and of the coming of Uno as DLC in January.