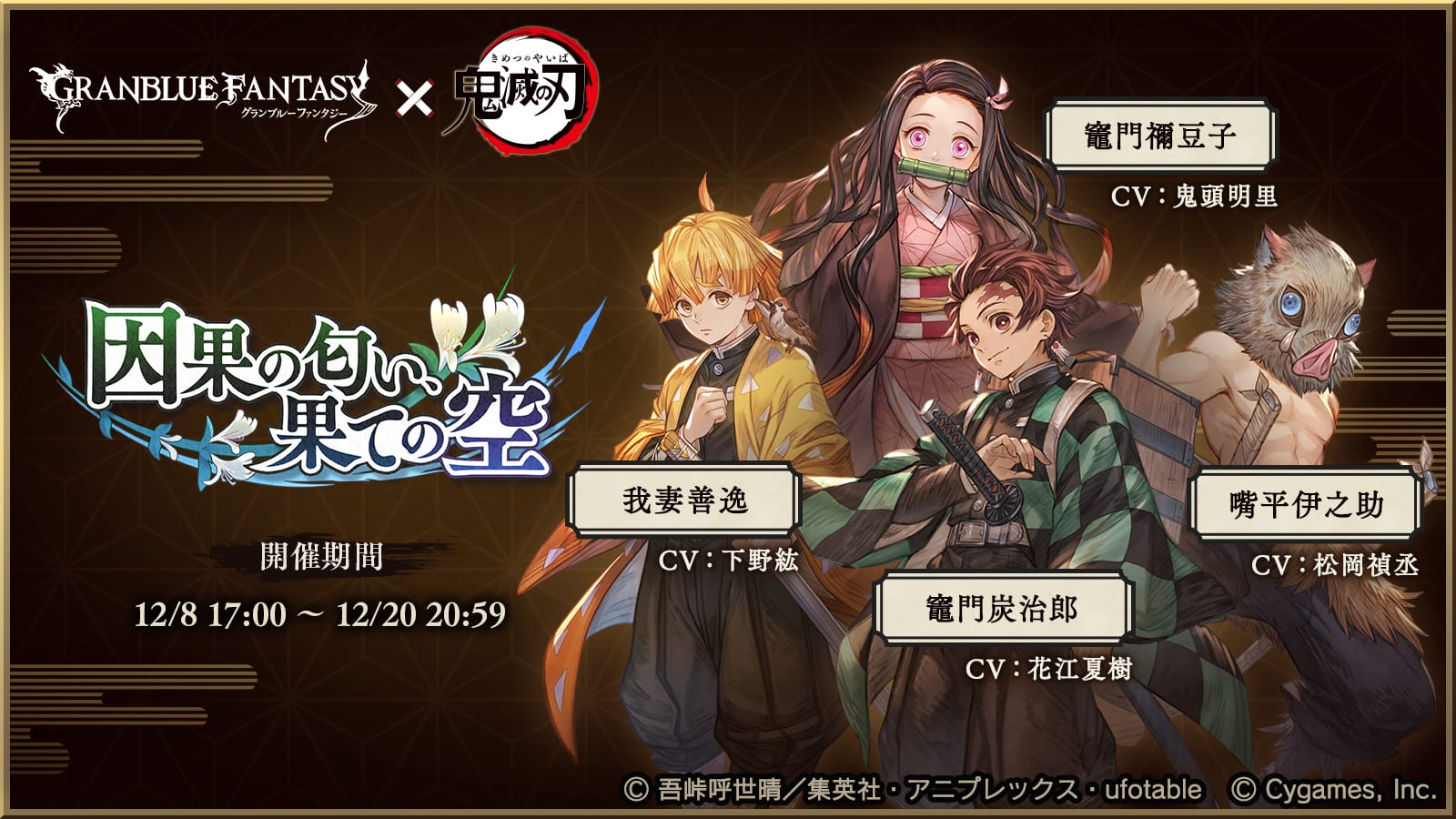 As the Holidays approach things are starting to heat up in Cygames’ popular mobile game Granblue Fantasy.

On top of that, in a few hours the Demon Slayer: Kimetsu no Yaiba crossover event will begin, titled “Scent of Fate at Sky’s End.”

Everyone who plays the event will also freely unlock the Samurai class, while clearing 4.5 will grant the Kengo class.

Incidentally, you should prepare for plenty more Granblue Fantasy reveals as Granblue Fes 2020 is scheduled for Dec. 12 and 13.

While this year’s event won’t be hosted at the traditional Makuhari Messe venue and will happen only online due to the COVID-19 pandemic, it still promises lots of news about the game.

On top of that, we’ll surely learn about the next DLC character for Granblue Fantasy Versus and we’re also supposed to finally hear Granlue Fantasy Relink’s much-teased release date.