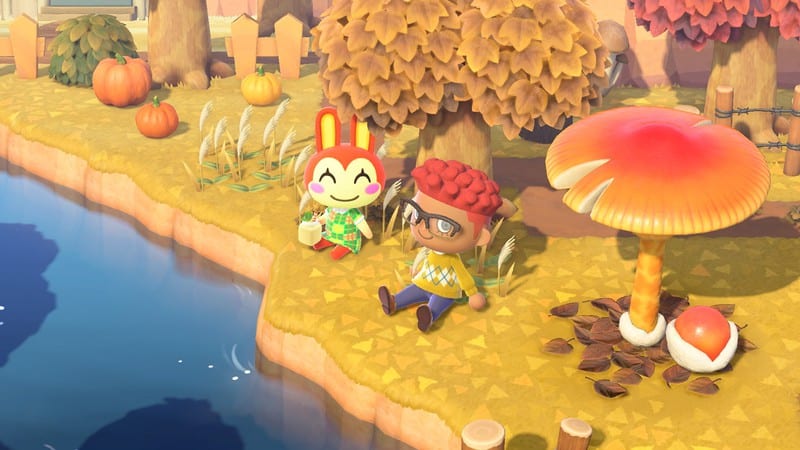 It goes over all of the holidays and events we can expect in the game for the remainder of 2020, and you can read all about that here.

There are a few other things, though, that were presented in the update trailer that go beyond holiday and event updates. A handful of new features are also being added, and they include some that fans have been asking for since the games’ release back in March.

The first highly requested feature we saw in the trailer is the addition of new Black hairstyles (as well as a bald hairstyle) to be more inclusive of diverse characters.

This is a huge win for players of color who felt as though there were no hairstyles in New Horizons that looked like their own.

Fans have already been expressing their gratitude for these new hairstyle options, talking about how far the series has come in terms of inclusion.

Even though it’s only a few new options, it’s definitely progress. We’d love to see even more diverse hairstyles in the game in the future.

The second highly requested feature that’s being added in the New Horizons update is more item storage. Many players, myself included, have been running out of storage space in houses as more items are added to the game.

Currently, the maximum you can upgrade your house storage is a maximum of 1,600 items. After this update, you’ll be able to upgrade to a maximum of 2,400.

This is a welcome addition as we receive more holiday and event items, as well as new crafting materials such as mushrooms, maple leaves, and snowflakes.

Too many players have had to sell items or make a second profile in order to store all of the items they wanted to keep. Hopefully now with the extra storage space, these workarounds can be avoided.

Finally, fans had expressed concerns about the inability to transfer save data. In the summer update, Nintendo added a way to back up and restore their New Horizons save data in the event of Switch damage or theft, but this wasn’t a perfect solution.

Players who upgrade to a new Switch console or simply want to transfer their data to another system will now be able to do so starting on Nov. 19.

There have been instances of players who wanted to move their islands to a new Switch, such as the special edition Animal Crossing console, but haven’t been able to because of Nintendo’s restrictions.

This will be a relief for anyone who was torn between not upgrading and starting their island over from scratch.

While it’s true that these are the types of features that should have been available in New Horizons at the game’s release in March, it’s better to have them late than never.

And, if anything, it means that Nintendo is listening to what fans want to see in the game. Events and holiday content updates are fun, but these are the types of improvements that fans are extra thankful for.