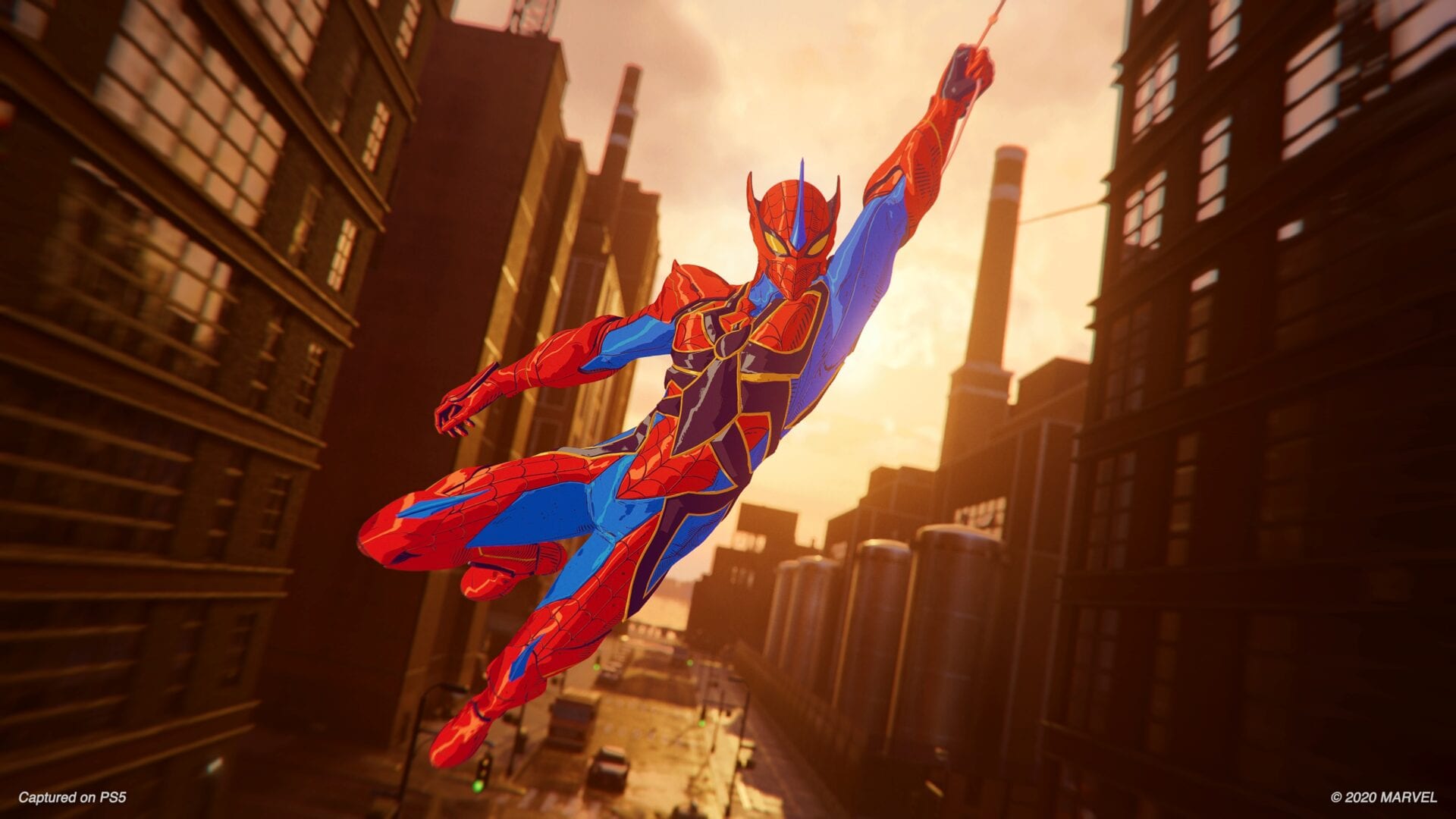 Today Insomniac Games revealed new suits that will be added to the remastered version for PS5 of Marvel’s Spider-Man.

They are the Arachnid Rider and Armored Advanced Suits, and they look really spiffy.

You can see them in action in the screenshots below, explicitly captured on PS5.

We also hear that they will be added with a free update to the PS4 version of the game, but the timing for said update is still to be determined.

We’ll let you know as soon as Insomniac and Sony announce it.

As a bonus, we also get another screenshot from the PS5 version of Marvel’s Spider-Man: Miles Morales.

It’s going to be a PS5 launch title (on Nov. 12 in the United States, Japan, Canada, Mexico, Australia, New Zealand, and South Korea, and Nov.19 in Europe and the rest of the world), but will also come to PS4. We also know that it has already gone gold and that it will include the suit from Into the Spider-Verse. Yesterday we saw a rather spectacular TV commercial and more screenshots.