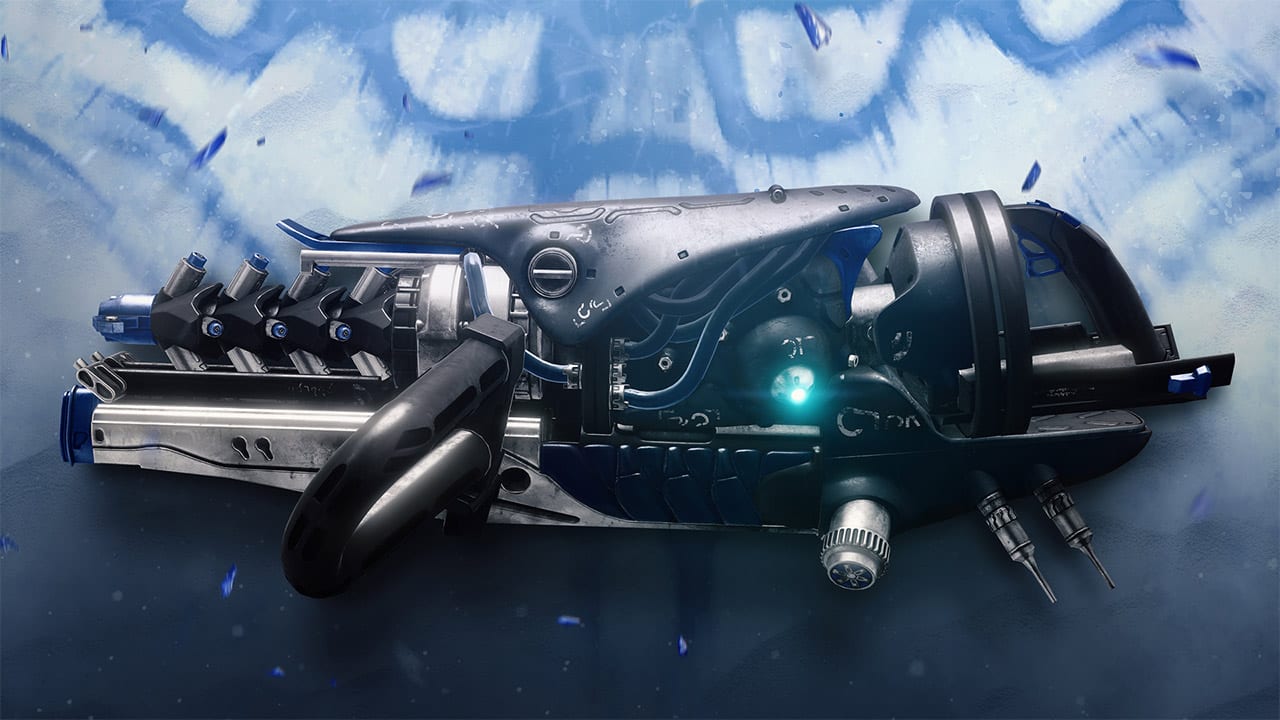 Destiny 2: Beyond Light sees the introduction of Stasis, a new subclass element and the first of what will be a series of Darkness based subclasses. It also introduces the first ever Stasis weapon, the Salvation’s Grip grenade launcher. It’s obtained via an exotic quest so here is everything you need to know for how to get Salvation’s Grip.

Salvation’s Grip, as mentioned above, is part of an exotic quest that you’ll receive from the Drifter after you beat the main campaign of Destiny 2: Beyond Light. You’ll need to go to the Tower afterwards to wrap things up with Zavala, so after you’re done with that go visit the Drifter.

The quest itself isn’t particularly challenging or grindy, but it does end with a mission that you’ll need to be a high enough level to complete so that’s something that’s worth noting. Depending on what your gear looks like, you may need to power up a bit before completing the Salvation’s Grip exotic quest.

Salvation’s Grip is a very unique weapon. It’s literally just a grenade launcher that shoots stasis crystals that will freeze enemies. It doesn’t do any notable damage and the only other alternate function it has is that you can charge the fire for bigger crystals.

So, if add management and freezing enemies is something you could use, this could be a useful weapon to have. It also has a notable function as a weapon that can create platforms for you. If you’re having trouble in a jumping puzzle, the Stasis crystals created by Salvation’s Grip could help you out.

Finally, even if all that sounds terrible to you, Salvation’s Grip is required in order to progress in The Exo Stranger’s quest line, so you’re going to have to just suck it up and get it whether you like it or not.

That’s all you need to know about how to get Salvation’s Grip in Destiny 2: Beyond Light. For more tips, tricks and FAQs answered, be sure to check out our helpful wiki guide.