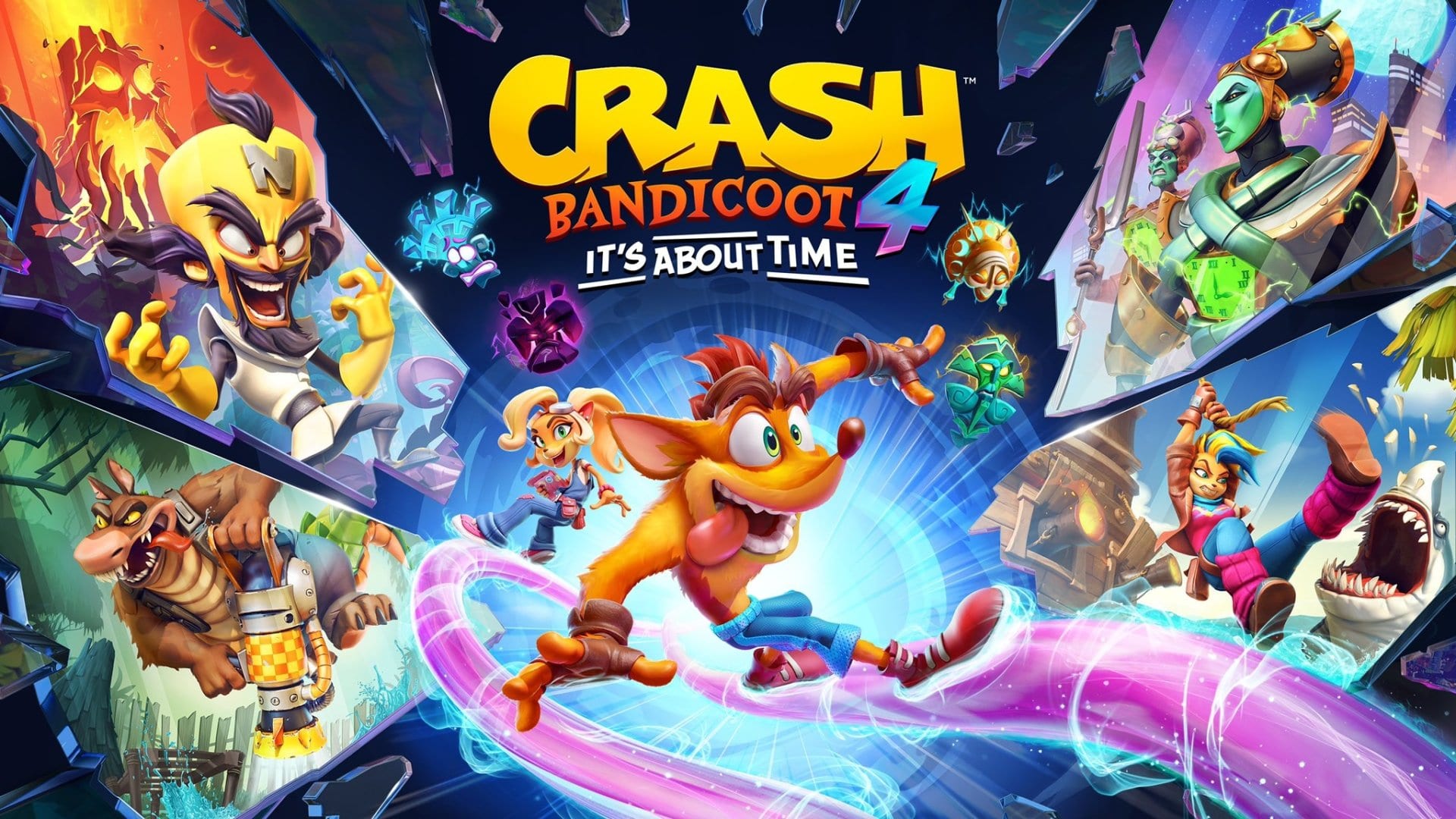 Crash Bandicoot 4: It’s About Time has finally crash-landed onto PlayStation 4 and Xbox One over 20 years after Crash Bandicoot 3: Warped, allowing players to travel not only through time but also through multiple dimensions, where they’ll meet new friends, foes and some familiar faces in the strangest places.

Whether you’ve been a huge fan of the orange marsupial since the totally tubular ’90s or just jumping into the series for the first time and falling in love with it, your fandom won’t be complete without one of these breathtaking wallpapers to set as your PC home screen.

Here are some of the best space-bending, time-twisting Crash Bandicoot 4 wallpapers you’ll want to download now.

Looking at this cover art of Crash, Coco and company lets you know that you’re gonna be in for a wild ride across the space-time continuum. Download this awesome time-warping wallpaper here.

This wallpaper shows Crash doing what he does best: jumping through the jungles of his beloved island and straight into adventure. Grab it here.

Crash is taking a page out of Sonic the Hedgehog’s trick book and grinding on rails and vines like nobody’s business — except Aku Aku, who’s probably telling Crash not to fall off. Grab this wallpaper here.

Being in an advanced high-tech city has got Coco feeling like a kid in a candy store — or an Apple customer hyped up for the latest iPhone. Snatch this futuristic wallpaper here.

Dr. Neo Cortex is once again hellbent on taking over the world and the universe, and driving our beloved bandicoots to extinction. Modern or retro, he reminds me so much of Rasputin (not the historical one, the Don Bluth-animated version). Download this N. Sane wallpaper here.

Crash looks so cool and confident standing behind the sun setting over the horizon. Grab this sizzling wallpaper here.

Tawna is back for the first time with a brand new look and determination to kick some booty. Get it? Booty? ‘Cause she’s on a pirate ship. Grab this badass wallpaper here.

Here’s a wallpaper of Tawna grinding her way to get her revenge against Cortex for torturing her all those years ago. Get it here.

This sinister wallpaper of N. Tropy will strike the fear of God in you to finish all your tasks in a timely fashion. Get this wallpaper here, quickly!

This concept artwork is a primeval throwback to Crash 3, with a dinosaur lurking above Crash and ready to pounce on him the second he runs under the log. Run and grab this stunning pre-historic wallpaper here before the T-Rex eats it.

You can tell from the look on Kupuna-Wa’s face that he’s the Grim Reaper smelling the fear of death from a worried Crash. Get this wallpaper here.

Coco is trying to tell this cute little four-eyed dino that it better slow down or else her laptop will fall out of her hands and shatter into a million pieces. Download this wallpaper here.

Crash Bandicoot 4: It’s About Time is now available on Xbox One and PS4.