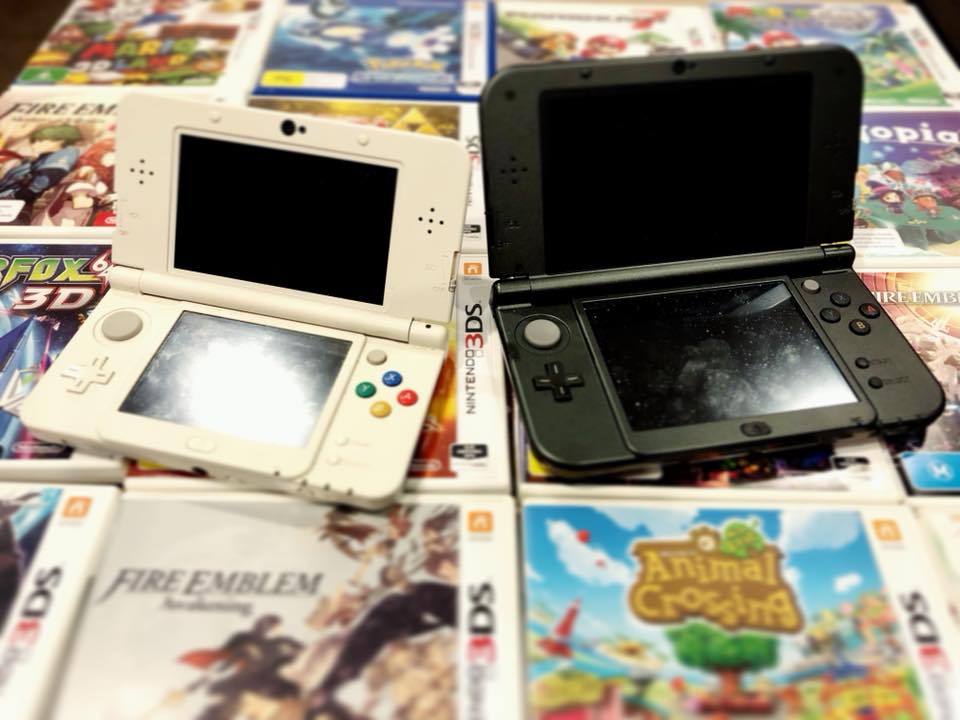 It has finally happened, guys. I’ve joined the popular consensus that 2020 is nigh unsalvageable, and should be stricken permanently from the record books.

I was holding out hope until at least November — because surely this nightmarish year will have an absolutely bonkers Halloween in store — but today, the world received a gut-punch of epic proportion.

The Nintendo 3DS family of consoles has officially ceased production.

It’s hard to quantify exactly how big of an impact this has had on me. Take note; I’m the one who wrote the above news story announcing its demise (cue Obama giving Obama a medal meme), and if you’ve followed my tendencies over the years, you’ll know that I hate writing news pieces.

Mostly because I can’t haphazardly throw around in-jokes to make myself giggle like a preteen. But there’s no joking around now. This is serious.

If you were to assign one adjective to the 3DS (aside from, I guess, ‘three-dimensional’), it would be plucky.

It stumbled out of the gates in a major way when it first hit store shelves in 2011, attempting to ride on the coattails of the original DS in a manner not dissimilar to the Wii U a year later.

Whereas the latter console never really recovered from its sluggish start, the 3DS kept on plodding along. A price cut here, an apologetic ambassador program there, and the looming specter of the PlayStation Vita on the horizon…

Things looked grim, as if the mighty Face Raiders emperor itself was bearing down on the future of the 3DS.

But bit by bit, software came trickling through, from Super Mario 3D Land to Pokemon X and Y. It was an admirable course correction, with the final result being a tenure that spanned almost an entire decade, and nearly 76 million units sold.

That doesn’t begin to sniff DS figures (154 million), but it’s at least five times as much as the aforementioned Vita (10-15 million) and a staggering thirty-seven times the number of Magnavox Odysseys (2 million). No, the two consoles are in no way related, but statistics are fun to abuse like that sometimes.

Funnily enough, even if the 3DS library never quite reached an elite status, it is easily one of the most endearing pieces of hardware in gaming history.

Sure, after the initial novelty has worn off, you’ll probably only ever use the 3D function once in a blue moon, but its built-in software just oozes charm, due in no small part to an ingenious gimmick.

I am of course referring to StreetPass.

The idea that you could swap data with nearby 3DS users made the handheld community feel robust and inclusive. You could receive puzzle pieces, summon Miis to assist with your quests, or even swap save data, without the need for awkward real-life interaction.

Spot some cute doggies and their owners in Nintendogs! Import ghost data to challenge your skills in Mario Kart 7! Murder a soldier’s friends and family in Fire Emblem Awakening, before forcibly enlisting them in your army! It’s all good, clean family fun.

Its strength laid in its stealthy autonomy, and it encouraged eventual returns to forgotten games to check out what goodies StreetPass had yielded. Especially the ones with murder.

Of course, by most accounts, the 3DS has been dead for years. Once it was clear the Switch wasn’t going to suffer the same kind of setbacks that plagued its predecessors, all Nintendo eggs were hastily shoved into its basket. But the 3DS was dead in the same way disco is — we’re well aware of the facts, thank you very much, we’ll still dance unencumbered all the same.

Now, alas, it’s there in writing, presenting an inescapable truth. ニンテンドー3DSシリーズの本体の生産はすべて終了いたしました, it declares. Literally translated, “production of the main body of the Nintendo 3DS series has been discontinued”.

Unless we’re all just misunderstanding the meaning behind this, and there is in fact a secondary body of the 3DS that’s about to be unveiled, our humble handheld darling has reached its final destination.

It went on many journeys, as gamers around the world awkwardly sidled up against one another in their surreptitious attempt to maximize their StreetPass numbers, but moreover, it was the one who took us on greater journeys still.

Thank you, 3DS, for daring to be weird from day one. You can rest easy knowing that you capably bridged an otherwise disastrous period in Nintendo’s history. Had you not been around to help shoulder the load where the Wii U had fallen, the industry may look wildly different today.

It would, at the very least, be much more one-dimensional.