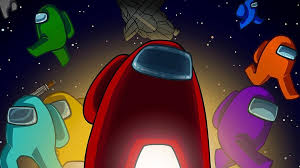 Among Us has blown up over the past couple of weeks, with streamers and a load of other players jumping onto the game in their thousands. It initially launched in late 2018, but it won’t be a surprise if you’ve only just learned of the game’s existence. If you want to give the game a try and don’t have a mobile device or PC, you’ll be wondering if Among Us is coming to Xbox One. Well, we’ll run you through what we know.

If you’re unaware and are just wanting to give it a try, Among Us is a multiplayer game that sees one player becoming ‘the impostor’ and try to sabotage and kill the other players without being discovered.

Is Among Us Coming to Xbox One?

As of right now, Among Us is only available on PC via Steam, where it costs $5, and for free on mobile. It’s not available on any console and no official word has ever been released on plans to port it.

However, I’m sure fans have been clamouring for it to come to console since it blew up very recently. The developers haven’t commented since, but that’ll likely just be a matter of time before they say something, whether that been positive or negative for those hoping for an Xbox One release.

However, since the game features text communication, it might not be the easiest game to get to work on Xbox One. Unlike PCs, Microsoft’s console aren’t built to support to text and keyboards well.

You’re probably best keeping your fingers crossed that the sequel to Among Us comes to Xbox One. In a post on their site about a month ago, they confirmed that they’re working on number two. However, they didn’t say anything about a console version. They said:

However, as the game gets more and more popular and word of mouth praise spreads, maybe a Xbox One version of Among Us will get more likely. We will update you here if we hear anything.

That’s it about whether Among Us is coming to Xbox One. For more tips and tricks on the game, be sure to search for Twinfinite.