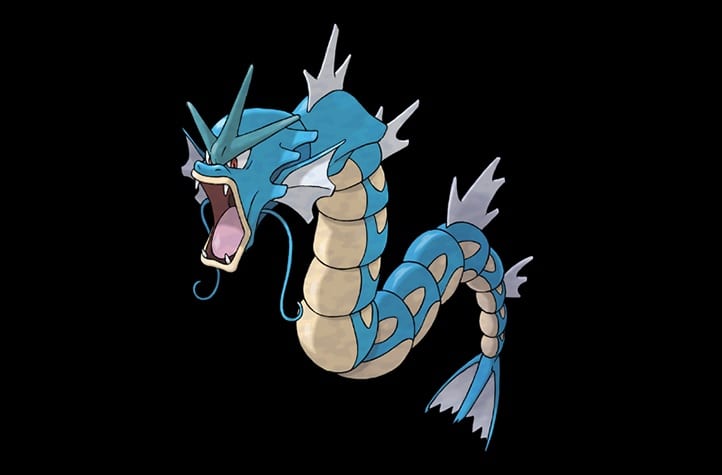 Gyarados was already a beast in raids and the GO Battle League before Magikarp Community Day, and now it’s only better. If you want to harness this power, then check out everything you need to know to have the best Gyarados moveset in Pokemon GO.

Gyarados is a fantastic Pokemon to have multiples of since it’s great for PvE and PvP modes. But the movesets that this Water/Flying-type mon should have for either mode can vary from one to the next. And you’ll even find variations within different levels of the GO Battle League.

There are two different movesets that most players will use for Gyarados in competitive battles. But in reality, most trainers will only use one of these movesets.

Almost nobody uses Gyarados in the Great League. Even with the addition of Aqua Tail from Magikarp Community Day, Gyarados doesn’t stand a chance against the top-tier Pokemon like Azumarill, Umbreon, and Defense Deoxys.

This is where Aqua Tail Gyarados starts to matter. Gyarados is much better in the Ultra League than it is in Master League. And the Premier Cup’s exclusion of Legendaries only helps. Either way it’s one of the best Water-type Pokemon in both leagues and its fast move, Dragon Breath, is a great tool for taking on Dragons.

Raids are all about surviving while dealing out massive damage. And Gyarados can deal out some impressive amounts of damage if you go with a moveset that’s focused on getting boosted by same type attack bonus (STAB).

Since Gyarados is a Water-type Pokemon, that means attacks like Waterfall and Hydro Pump will deal more damage than if it wasn’t a Water-type. Those moves also have the advantage of being some of the strongest Water attacks in the game.

Hydro Cannon beats it out every time since it doesn’t take as long to charge. Sadly, Gyarados isn’t a starter and will likely never learn that move. Still, Hydro Pump is a fantastic charge attack that can inflict massive damage to Fire-, Rock-, and Ground-types.

Now you should have all the knowledge you have the best Gyarados movesets in Pokemon GO. All that’s left is to find a raid or jump into a GO League Battle and test it out for yourself. And if you want to learn anything else about Pokemon GO, then just check out our Guide Wiki.