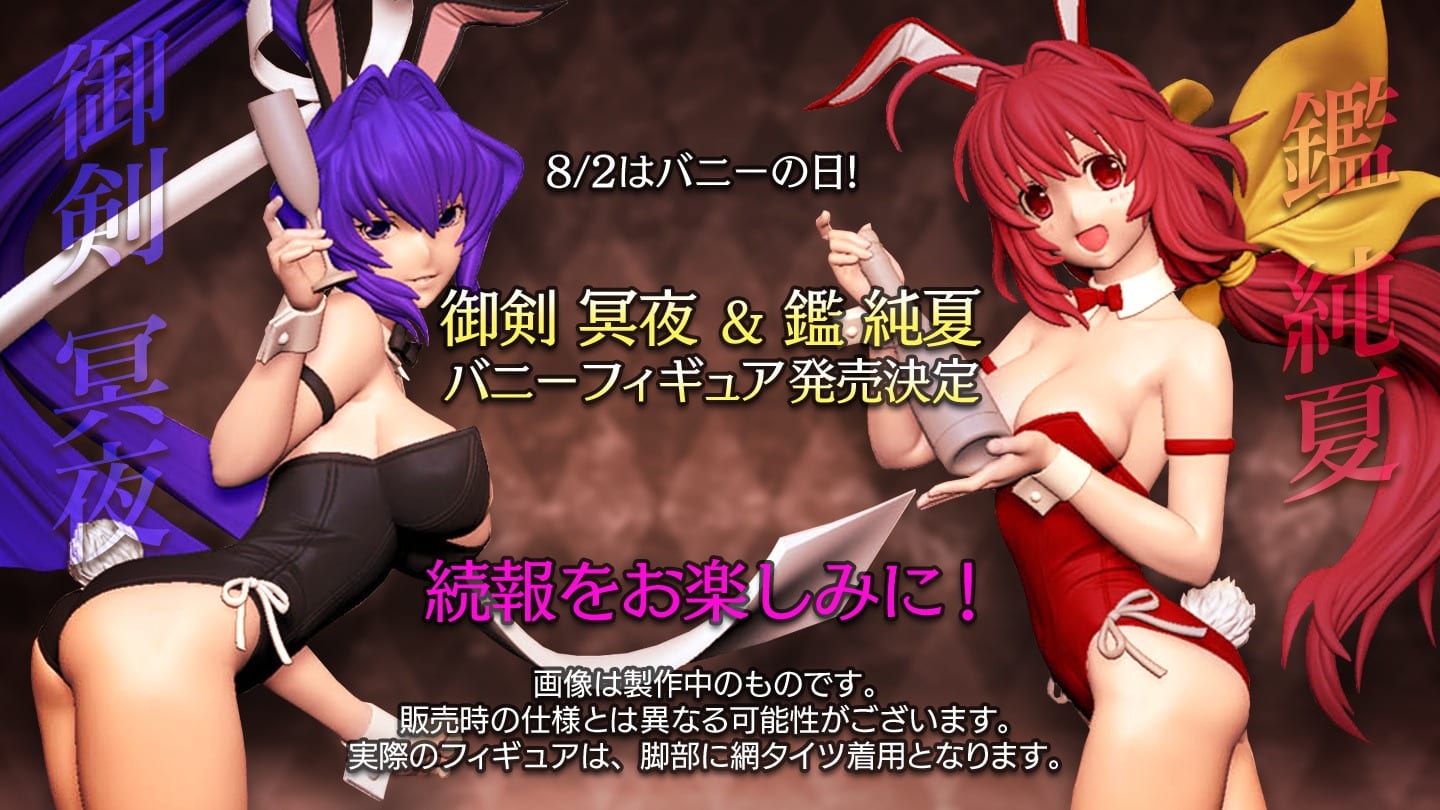 The Muv-Luv series debuted all the way back in 2003, but its popularity in Japan hasn’t faded. Soon, fans will be able to enjoy two new figures by FREEing.

If you know FREEing, you likely also know which kind of figures to expect, as the manufacturer is well-known for its models in bunny girl costumes, usually in massive 1/4 scale and priced accordingly.

The Japanese text in the image above clarifies that the images are work-in-progress and the final product may differ. On top of that, the figures will have the iconic fishnet stockings FREEing is known for.

This isn’t the first time the manufacturers tackles the Muv-Luv series, but earlier figures didn’t portray its classic heroines. On the other hand, they were dedicated to Muv-Luv Alternative Total Eclipse heroines Yui Takamura and Cryska Barchenowa.

We also recently saw new gameplay of the new Muv-Luv action game Project Mikhail, Muv-Luv Unlimited The Day After was announced for the west, and the Muv-Luv Alternative manga was also announced coming digitally in English.