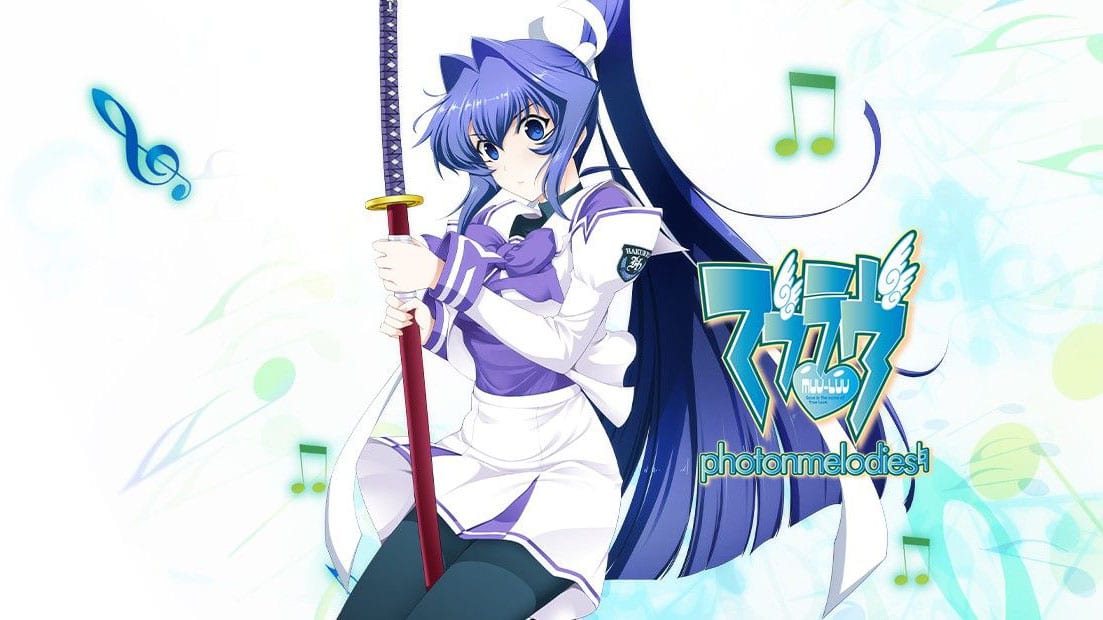 Muv-Luv Photonmelodies has finally been released on Steam today, and it’s certainly an important entry in the beloved visual novel franchise.

As usual with this kind of game, let’s get the elephant out of the room. This is indeed a visual novel (or to be precise, a collection of three visual novels). It’s mostly a narrative experience and the entirety of gameplay is limited to making choices to direct the story.

Now that we’ve got this out of the way, let’s get down to business.

The nature of the heterogeneous collection is easily explained: its parts were originally released on PC in Japan as parts of different collections respectively in 2011, 2012, and 2007 and then rejoined into Photonmelodies and released on PS3. That PS3 release has now been ported back to PC and finally localized for the west.

It’s a bit of a convoluted path to the English launch, but it brings western fans three very valuable pieces of the Muv-Luv universe.

Speaking of which, here’s a relevant caveat: Photonmelodies is much more enjoyable if you have played the original trilogy included in Muv-Luv and Muv-Luv Alternative (on the other hand, the previous release Photonflowers isn’t really required even if it’s worth playing in its own right). I would go as far as saying that it doesn’t make sense to play this without having completed the trilogy first.

Resurrection is perhaps the most peculiar of the three, focusing on the story of Silvio Orlandi, a cybernetically enhanced agent from the European Union tasked with infiltrating the familiar Yokohama Base.

In this story, the series’ iconic contrast between serious storytelling and comedy is amplified. While there are countless of wacky and hilarious situations, Resurrection provides an extremely interesting alternative point of view that explains many relevant elements of the overarching Muv-Luv plot.

Adoration is another important step for the series. While the European front was already introduced briefly in Photonflowers, this is the first time that we get a really extensive look in English at the situation of the war against the BETA far away from Japan.

This is relevant in order to paint a broader picture of the rich universe portrayed by the series.

While there is still plenty of comedy, Adoration is perhaps a bit more grounded and it’s certainly my favorite of the two stories set in the Alternative universe. It also features what’s arguably one of the most dynamic and spectacular mecha battle scenes of the series and of the entire visual novel genre. It serves as a real showcase of what Âge’s engine can do.

Both Adoration and Resurrection were released several years after Alternative, so they sport a more modern and refined art style that may prove unfamiliar to some, but that I certainly find charming and very fitting.

Altered Fable is basically the direct sequel of Alternative. The events of the series have gone full circle, and this story provides much-needed closure to those who have played through the trilogy.

Revealing much more about the plot would bring forth massive spoilers, but I’ll say that this is best enjoyed right after playing Alternative when the trauma is fresh (if you have played Alternative, you know what I mean).

If you have connected with the trilogy as much as I did, you’re quite likely going to cry even just by seeing certain characters appear, despite the fact that the story is quite lighthearted and wholesome. It’s basically a healing salve that will soothe the deep wounds left by the BETA war.

Altered Fable also serves as the fulfillment and culmination of the message conveyed by the trilogy, which is indeed an uplifting one, despite the tragedy.

The first time I played it (a long time ago, in Japanese), it was a rollercoaster of laughter and tears. Yet, those aren’t the same tears I shed for Alternative. Altered Fable is quite likely to make you cry of joy and relief.

Among the three stories included in the collection, this is the one that most fits the classic visual novel style, with various routes related to its many heroines. In this, it’s similar to Muv-Luv Extra, but it sports additional routes. It’s also much more impactful due to the fact that it’s basically the conclusion of Takeru’s story.

The one flaw of Altered Fable is that the art style is quite inconsistent and rather old-fashioned. It feels like it features the whole range of style variation of the original trilogy (from 2003 to 2006) mixed in a single game, plus more illustrations that look more modern, with an effect that can be slightly disturbing.

That being said, I suspect that most veterans of the franchise will be way too busy trying to cope with the intense rollercoaster of feelings to notice the issue with the art.

Worth mentioning is the fact that by playing Photonmelodies you’ll unlock a metric ton of wallpapers featuring gorgeous art from the series, which you’ll then be able to save on your PC and use however you like. It’s certainly a welcome bonus for the collectors among us.

Ultimately, Muv-Luv Photonmelodies is a charming closure to the adventure many of us started all the way in 2003, while also providing horizontal expansion for those who want to learn more about the series’ ultra-complex (in a good way) sci-fi universe.

While the character design can be a bit hit and miss, the mecha design is absolutely on-point, and the writing is worthy of what is considered by many the best visual novel series of all time.

If you’re a Muv-Luv fan, playing Photonmelodies is definitely recommended. If you aren’t yet, this isn’t the right entry point, but this just means that you should absolutely play the original trilogy before you enjoy this to its fullest.