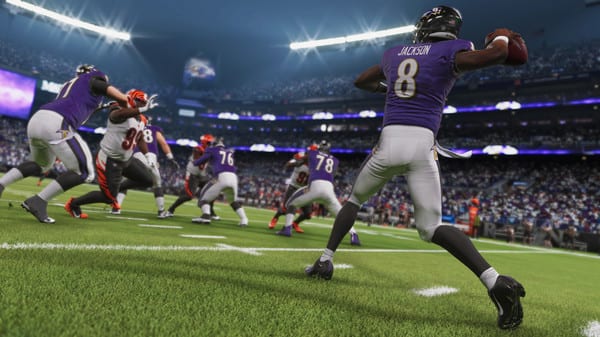 The forward pass completely changed the game of NFL football when it was added back in 1933. But a good pass can be completely wasted without a competent receiver on the other end. Here’s everything you need to know about how to catch and user catch in Madden 21.

How to Catch & User Catch in Madden 21

If that competent receiver is someone like Julio Jones, then you might not have much to worry about. But if the guy on the receiving end is a RB that’s notoriously bad at catching out of the backfield like Adrian Peterson, then you might need to give him a little help along the way.

When a pass goes in the direction of a receiving player, you can hit the Y (Xbox) or Triangle (PS) button in order to pull it in. Checking it down to the flats and catching with a typically wide open back is pretty easy, but there are much more complex options for passes down the field.

During certain passing plays, the game may give the player an option to do a more risky catch that might lead to a dropped ball or worse, give the defender an easy int.

Then there’s the completely hands-off approach where you let the CPU-controlled receiver run the route and make the catch. Then you can take over control of the receiver for some YAC.

That’s all there is to know about how to catch and user catch in Madden 21. Throw to open receivers so you can actually get a chance to catch the ball, don’t throw it to the defense, and start tearing up those secondaries. And don’t forget to check out which platforms you can get Madden 21 on.