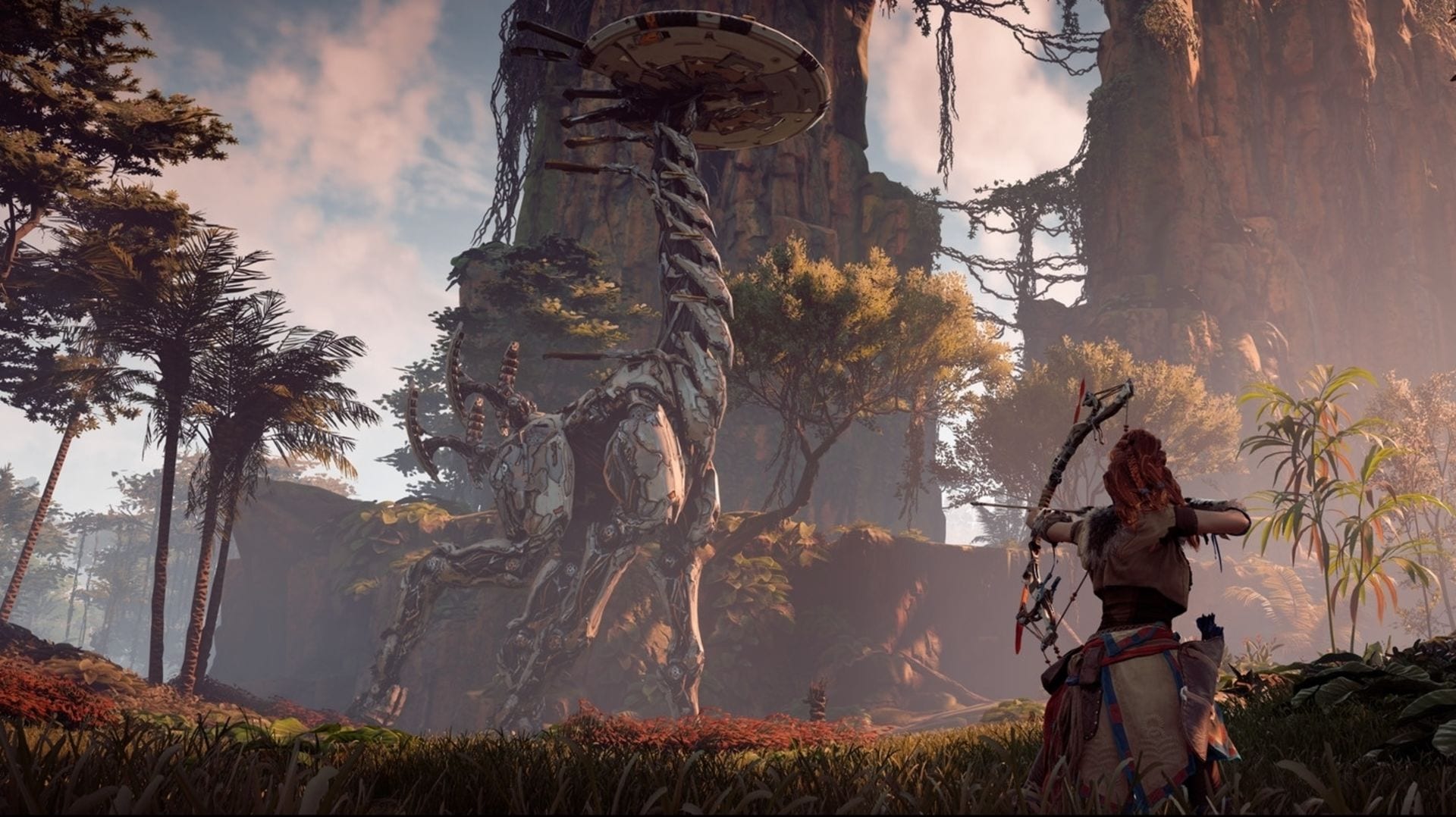 Released in 2017, Horizon Zero Dawn quickly skyrocketed in popularity. It had it all: a charming female lead, a unique open-world setting with robot dinosaurs, a gripping sci-fi storyline, and of course, jaw-dropping graphics that Sony first-party exclusives have pretty much become synonymous with. Horizon Zero Dawn still looks and plays well on the PS4, and it’s even better on PC.

I’ve spent the past week playing through the adventure on PC, and it became immediately apparent that this is, indeed, a very robust port.

Right off the bat, you get the option to uncap the frame rate and tweak the resolution to your liking. Which means that if your rig is powerful enough, you could play the entire game in 4K or 1440p resolution at 60 frames per second or higher.

During my playthrough, I capped the frame rate at 60fps, 1080p, and it already felt like a game-changer that made me want to stick with the PC port and never go back to the original PS4 version.

While I still vastly prefer playing with a controller, the keyboard and mouse controls are intuitive enough for extended play sessions, and aiming ranged weapons with the mouse have never felt so precise.

There are tons of graphical options to fiddle with in the settings as well, and the port even comes packed with a benchmarking tool to let you optimize the game to best suit your rig’s capabilities.

There are plenty of little visual tweaks and settings you can toggle on and off to improve performance, and it’s evident that Sony and Guerilla Games have gone all out to make this PC port the best it could be.

Throughout my week with the game, I’d ran into only one issue with the PC version. While running and aiming the bow, the game could potentially hitch and freeze up for just a couple of seconds, and I would have to bring up the pause menu and unpause again to get the game back to normal.

Not a huge deal, but it certainly detracted from the overall experience enough for me to bring it up.

That said, Sony has since pushed out a patch for the game (which is now live), and after updating the Nvidia drivers on my PC, I haven’t run into any of those issues in the last day or so.

Horizon Zero Dawn also comes packed with the Frozen Wilds expansion on PC, which means that there’s more than enough content here to keep you occupied for a good, long while.

With how absolutely breathtaking it looks on PC, and how well and smooth it plays with an uncapped frame rate and the option to play with keyboard and mouse, it’s hard to find any faults with the PC port.

Horizon Zero Dawn was already billed as a critical hit when it released for PS4 back in 2017. And on PC, it’s finally reached its full potential.