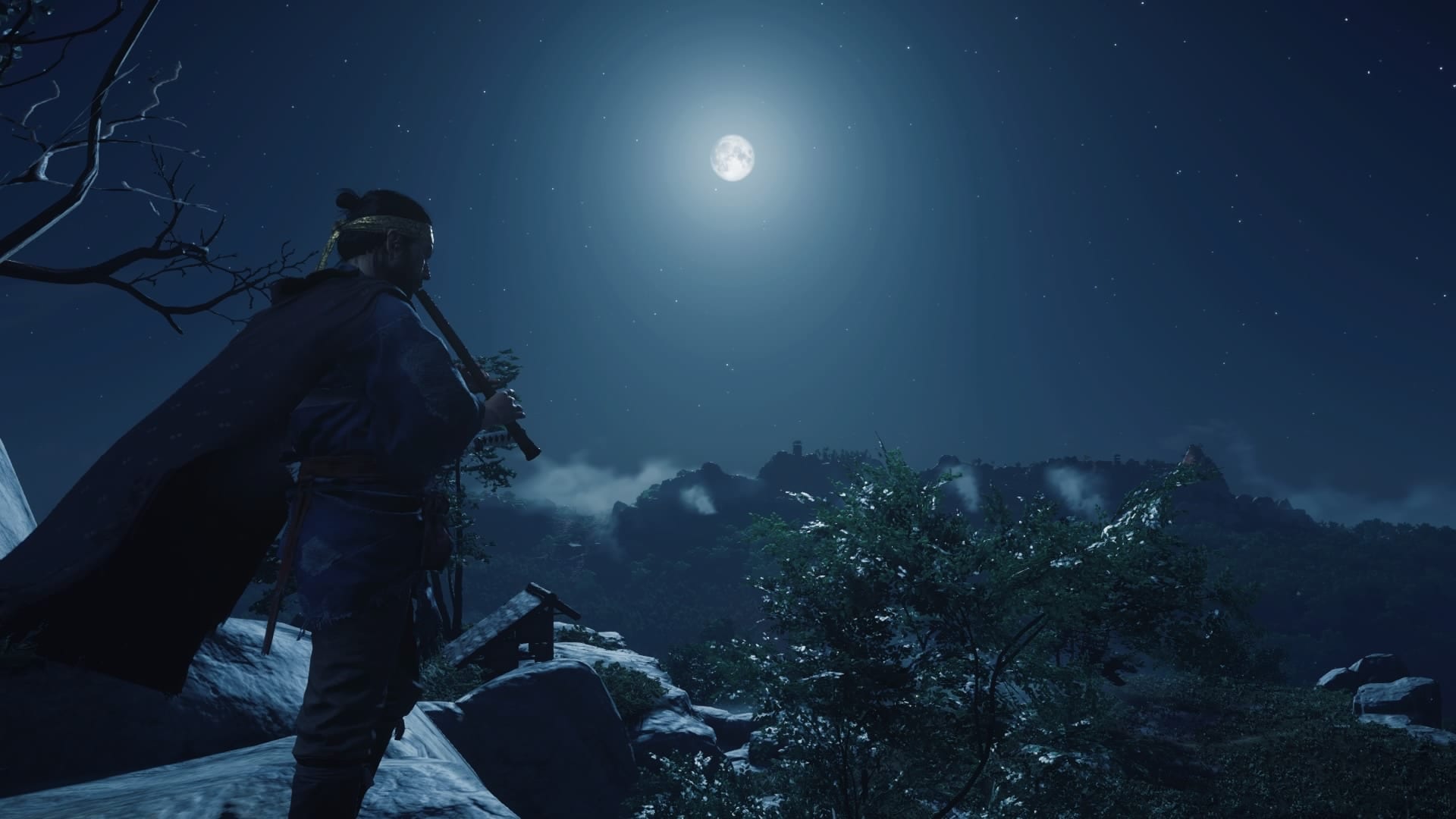 Ah, Ghost of Tsushima: has there ever been a more beautiful sandbox ever realized in video games? There’s just something so magical about its stylized aesthetic for the way it makes the reds, yellows, and greens of Japan’s flora and fauna look part realistic, part drop-dead gorgeous fantasy.

It’s almost too pretty, actually. I find myself struggling to get anything in the game done because I’m stopping every five minutes to just sit back and take it all in. Watching all that colorful foliage sway in the breeze to the backdrop of birds chirping and the sun setting in the background is an almost meditative experience.

And what better tribute to Jin’s surroundings than whipping out the ol’ flute and playing a soothing tune?

I absolutely love that this mechanic serves no real function in the game other than to compliment the beauty of the aesthetic. It changes the weather, of course, but again, that’s apparently just so you can adjust the landscape’s color palette and appreciate the serenity from a new angle.

First and foremost, the flute feels as though it’s designed for both Jin and the player to unwind in between slaughtering camps of Mongols, and I’m all for it. So, to that end, here are five pretty places to flute and chill in Ghost of Tsushima.

One of the game’s most beautiful mountain tops, Shigenori’s Peak is somewhat hidden away as a bonus area after completing the nearby shrine. Shigenori’s death is explained in a related quest, which I won’t spoil, but there’s an interesting piece of lore available to read up here as well as the opportunity to pay respects to the fallen warrior.

The vista up here looks impressive during the day, but there was something magical about discovering this somber spot under the moonlight. I had to play a tune…

Another of Tsushima’s dazzling peaks, Benkei’s Falls is one of the in-game locations I just wish I could transport myself to.

The waterfall, the picturesque bridge, and that gorgeous view — you won’t be surprised to learn that there’s a nearby Haiku spot to sit and reflect. I couldn’t think of a better place to compose poetry… and play a tune.

For years, The Witcher 3: Blood and Wine’s Corvo Bianco has long been my video gaming happy place. I’ve written before about returning there every once in a while just to wander about and soak in the beauty and ambiance.

But Ghost of Tsushima’s Omi Village might just have topped it.

The brilliant red leaves of the Maple trees scattered around the lake, with mountain tops rising out of the Serene Forest’s sea of autumnal colors surround a calming body of water right opposite Jin’s family abode. That’s where the man grew up… no wonder he’s so zen!

There are plenty of places to tribute the beauty with a tune, but there’s no more appropriate spot than visiting the grave of Jin’s father

Among Tsushima’s highest peaks, the Golden Summit rises steeply from the Golden Forest’s warming orange/yellow glow. Not only does it offer one of the best views in the game but there’s both a shrine and a hot spring up there to help center yourself between sessions of beheading Mongols and bandits.

There’s arguably no more relaxing location in Tsushima than the Hiyoshi Inn Hot Springs. It’s an entire village seemingly dedicated to chilling out in its refreshing waters and reflecting on life. More than just the therapeutic value of the tepid water itself, though, is the nearby vista overlooking the sea.

This particular location I found after some aimless wandering around, and I adore that the only point in actually ascending it appears to be just taking in the view. Out comes the flute… obviously.