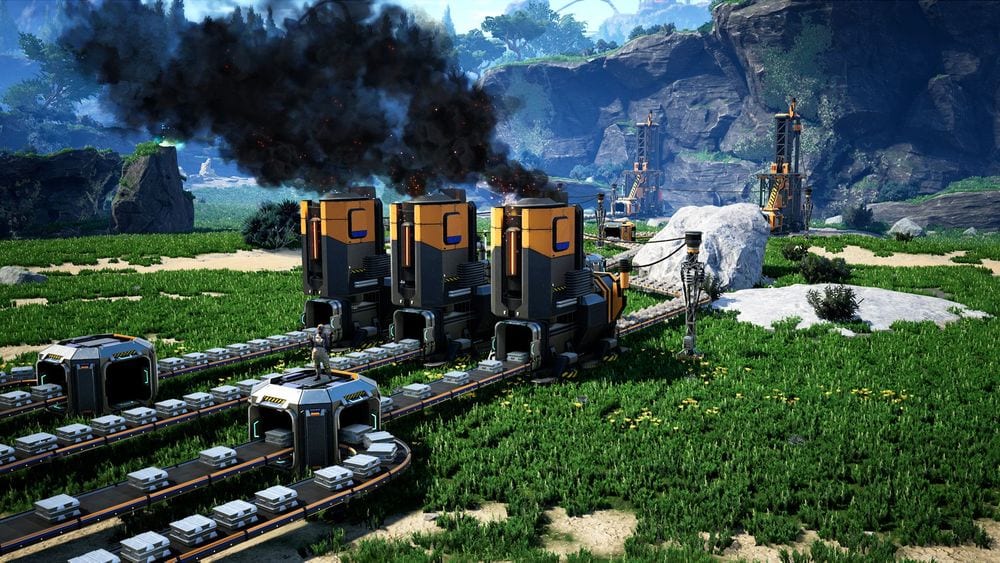 Satisfactory has recently launched on Steam and Epic Games Store and it is “a first-person open-world factory building game with a dash of exploration and combat,” as its website explains. If that sounds like something you’d be interested in but don’t have a PC to play on, here’s everything you need to know about whether Satisfactory is coming to PS4.

Is Satisfactory Coming to PS4?

Over the last year or two, many fans of Satisfactory have asked the developers what their plans are for a console version and the replies have generally always been the same. In an FAQ section on the game’s website, the devs said the following:

“We just want to get the game balanced and running smoothly on Windows, then we might look into other platforms.”

Also, when a fan asked the offical Twitter accout what the plans were, they said “No plans for console yet, unfortunately,” but that was back in 2019.

It seems like Satisfactory isn’t currently set to come out on PS4, but a console version hasn’t been ruled out. As is usually the case, a potential port may come down to how well the game does on PC. Therefore, if you’re hoping for a PS4 version, the best thing you can do is to support the existing version on Steam and Epic Games Store.

If a PS4 version is ever confirmed at a later date, we’ll be sure to update you here.

That’s everything you need to know about whether Satisfactory is coming to PS4. For more tips and tricks on the game, be sure to search for Twinfinite.