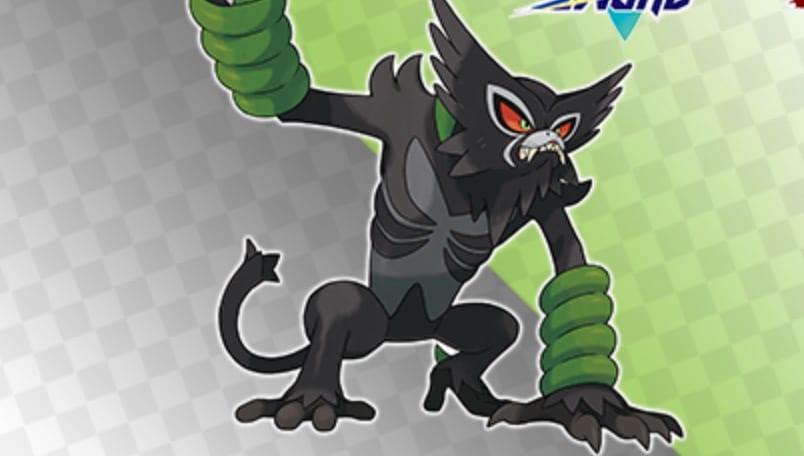 How to Get Zarude in Pokemon Sword & Shield

Zarude was announced earlier this year on Pokemon Day, Feb 27 to be exact, as a new Mythical Pokemon that would be coming to Pokemon Sword and Shield, eventually.

At the end of its reveal trailer, which you can watch below, The Pokemon Company promised that more info would be coming soon, but it’s now the middle of the year and players are still not able to catch Zarude.

Here’s a description of the Mythical Pokemon from the official Pokemon site:

Zarude can grow vines from the back of its neck, its wrists, and the soles of its feet at will. These vines are strong and flexible, and they can be used for a variety of purposes. Zarude uses the vines to wrap around tree branches to move around or to grab Berries from distant branches. The vines also have a healing property. If Zarude wraps its vines around a wound, the wound will heal.

Some fans were expecting to see Zarude release as part of The Isle of Armor expansion, but it seems that is not the case.

If Zarude does become available to catch in Pokemon Sword and Shield, or if more information is shared, we’ll be sure to update this guide accordingly.

And that’s all we can say about how to get Zarude in Pokemon Sword and Shield. For more even more tips and tricks, do be sure to consult our extensive Guide Wiki for the game and you can also scroll down for even more relevant content.