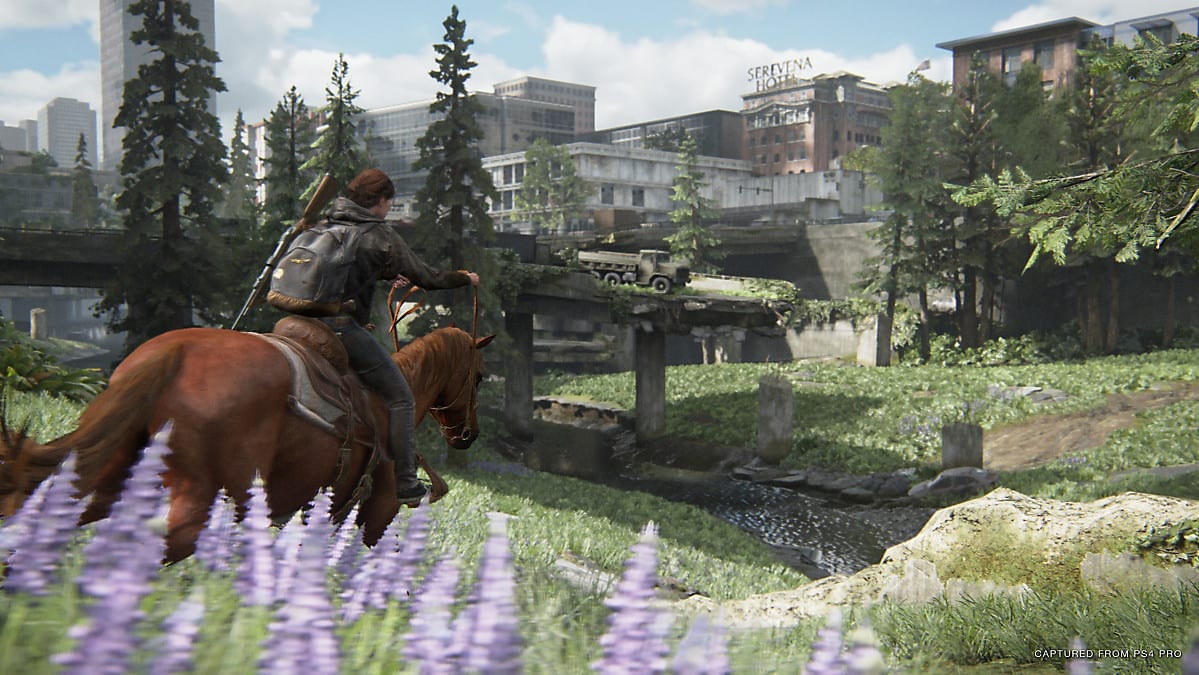 When Naughty Dog’s The Last of Us 2 begins, we’re introduced to Joel and Tommy again, where they live in Wyoming, and what Ellie is up to. Joel then gives Ellie a guitar, playing a song on it first. If you’re trying to find the real version, here’s everything you need to know about what the song Joel plays to Ellie is at the start of Last of Us 2.

The scene begins with Ellie listening to the song she plays in the original Last of Us 2 reveal trailer. It is Through the Valley by Shawn James, which was a pretty unknown song at the time. The song Joel plays is a little better known, but certainly not by everyone.

You’ll play some notes by aiming the right stick in certain directions before Joel takes over to play an actual song before giving Ellie the guitar.

The song he’s playing is Future Days by Pearl Jam. While Joel’s actor, Troy Baker, can sing really well in real life, a Pearl Jam song is a great one to choose since Eddie Vedder’s voice is quite easy to imitate and Joel isn’t known to be a singer himself.

Lightning Bolt, which is the album Future Days appeared on, was released in October 2013, so the timing is interesting. 2013 is the year The Last of Us released and when the infection outbreak was supposed to start. If Joel knows that song, the event must have happened towards the end of 2013.

If you want to listen to the original to see how it differs to Joel’s version, you can check it out below.

If you’re going to check out that YouTube video and haven’t played much more of the game though, I’d recommend avoiding the comments entirely.

That’s everything you need to know about what the song Joel plays to Ellie is at the start of Last of Us 2. For more tips and tricks on the game, be sure to check out our wiki guide.