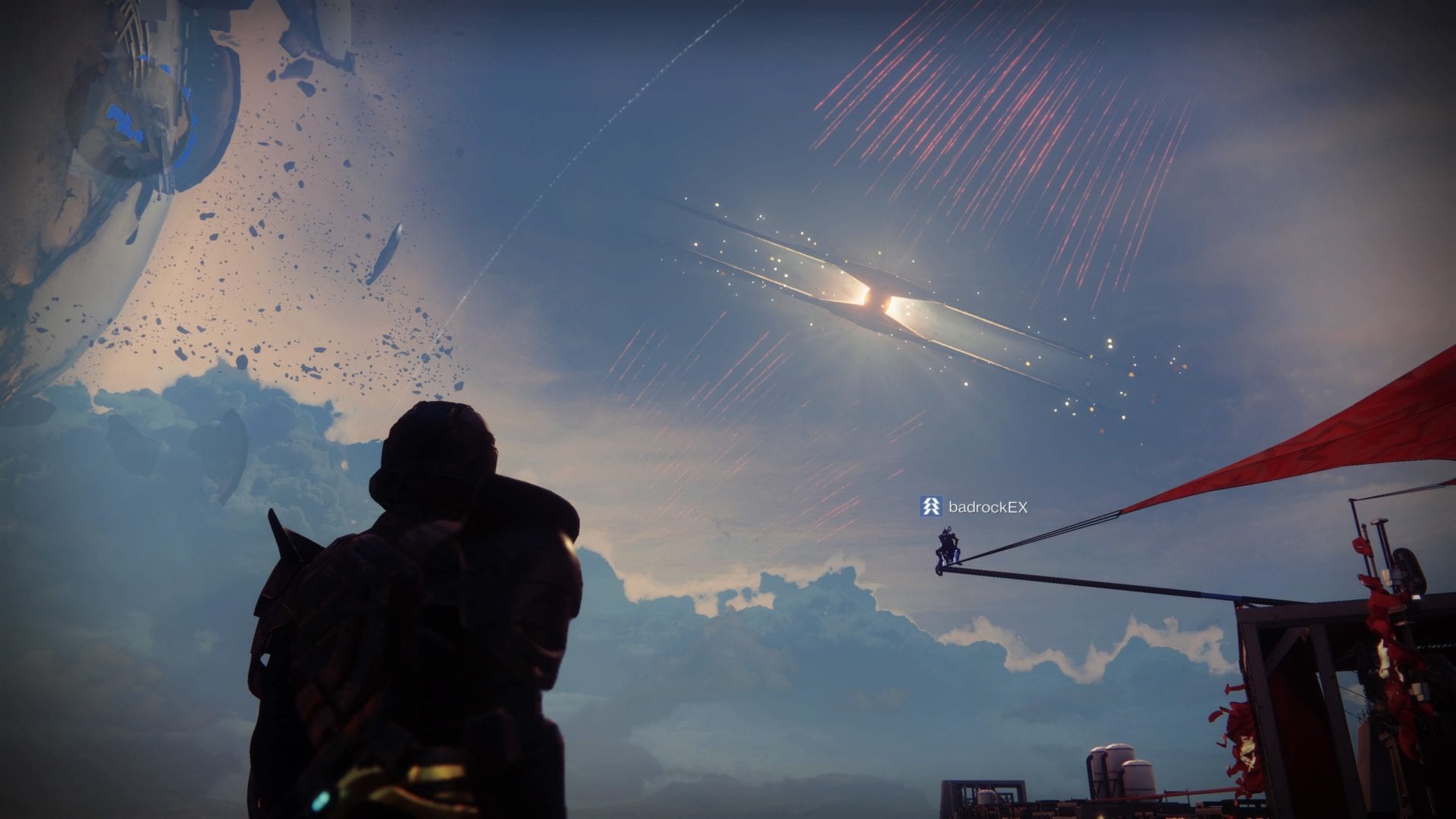 Destiny 2’s first live event came and went this past weekend. While it generated some buzz over the 90 minutes or so that it was live, the feedback following it has been mixed.

If you missed it, here’s what happened. The Almighty finally came clear into view on Saturday and was on a direct collision course towards the Tower and The Last City.

Rasputin finally did something and shot missiles, lasers, or something like that, at the Almighty. Guardians were able to watch as the Almighty got closer, and the lasers slowly got closer to the Almighty. This whole process of waiting for Rasputin’s shots to land and do some damage took up 99% of the time and it was quite dull.

Fortunately, it did end with a spectacular bang.

The Almighty was eventually blown up real good by Rasputin and a massive piece of the remains did do a very close flyby of the Tower crashing somewhere nearby in the outskirts causing a mini-explosion that blinded players, rang their ears, and knocked them back.

Afterward, players could talk to Zavala and Ana Brey for some light dialog, inspect some damage done to the Tower for an emblem and that’s about it. The event was over.

In general, while lots of people thought the finale was neat, it wasn’t so spectacular that it was worth sitting around for over an hour to watch it slowly take place. As many people pointed out, you could have watched some popular movies in the time it took for something to happen to the Almighty.

There are a few ways that this could have gone way better. If the event must last over an hour then give players something to do other than just watching basically nothing happen for most of it. Perhaps we could have fired some shots at it from a Tower gun, and once we had enough players damage it that way, Rasputin could chip in and finish it off.

Admittedly, that’s probably hard to do. The easy option is just to not have it last that long. This could have easily taken place over the course of 10-20 minutes and it would have likely been better received.

Despite this live event’s issues and obvious areas that need improvement for the next live event Bungie decides to do, it was a decent first effort. Although it wasn’t a smash hit, it was an impressive technical feat for Destiny 2 and the people at Bungie that made it happen.

Bungie loves feedback and I’m sure they have received plenty over the last few days. I imagine the next live event will be a lot more interesting, interactive, or at least the very least, shorter.

If you want to see how it played out yourself, check it out via Aztecross Gaming below. The explosion happens at 1:45:22.

With the event over, Destiny 2 fans shift their attention over to the big reveal of next season and possibly the next expansion tomorrow at 9 A.M. Pacific.