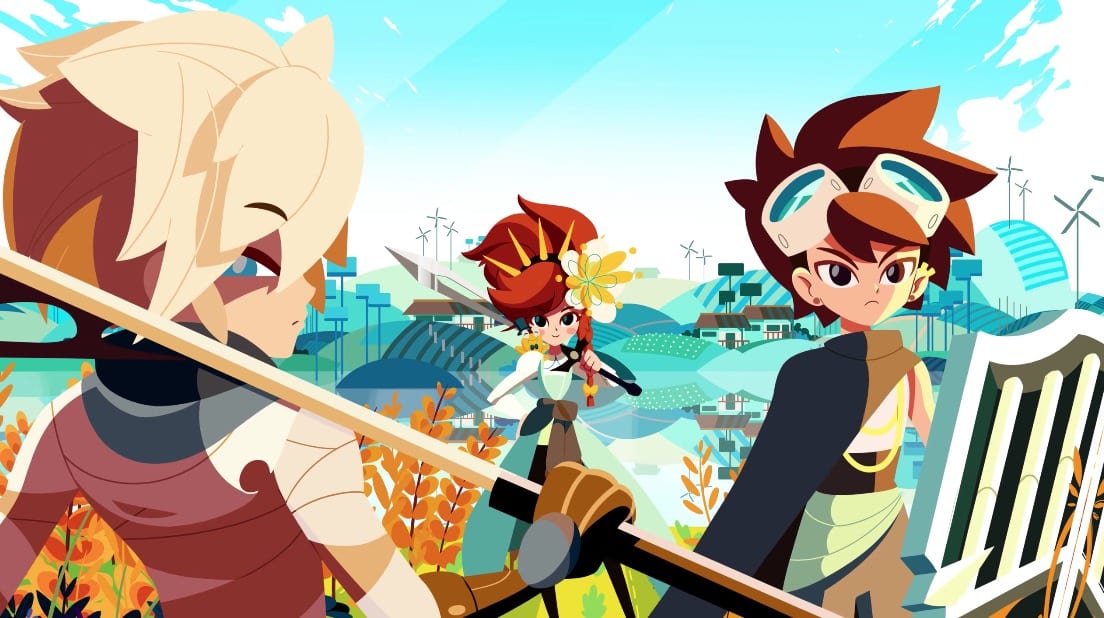 Modus Games, Dreams Uncorporated, and SYCK’s JRPG, Cris Tales, is heading to consoles and PC this November and Twinfinite was able to attend an online preview event for the title, spending about an hour or so watching a presentation of some gameplay, including some bosses, the world, and most importantly, the combat system.

Cris Tales is a traditional turn-based RPG heavily inspired by JRPGs with a twist such as Chrono Trigger or Bravely Default and it’s very evident in the game’s clever combat system.

Do you know how, in most JRPGs, status effects like poison or burn will deal a small amount of damage to an enemy each turn? Well, in Cris Tales, that happens, but you can also use a time-manipulating power to send the enemy into the future to release all of that poison/fire damage at once, dealing massive damage in an instant.

This time-traveling gameplay mechanic used in combat is definitely one of the most promising features of the game and seems like something very special.

Crisbell, the main character that you play as, can use this time-traveling ability during battles, as we mentioned earlier, by peering into the past, present, and future, all at the same time.

For example, you can plant a bomb on the other side of the battlefield, and typically, you would have to wait a few turns before it detonated. But thanks to Crisbell’s power, you can send those enemies to the future, with the bomb immediately blowing up.

You can also experiment with a variety of status effects like water and metal. If you were fighting someone in a suit of armor and then managed to get them wet with a water element ability, you can then send that enemy forward in time and the high-defense suit of armor would be reduced to rust, allowing your team to get more hits in.

All of the possibilities with this mechanic in Cris Tales makes the combat system seem very fascinating, making enemy encounters more like puzzles you need to solve instead of mindlessly spamming the attack button.

Something else that also stood out during the combat is the Paper Mario-inspired timed attacks, which makes things way more engaging than standard-fare JRPG combat.

Every time you attack or defend, you can press the attack button at the perfect time to dish out more damage to the opponent or just receive less damage. It was surprising to see that the game has random encounters in the field considering that most modern JRPGs have done away with that feature but if the combat feels as good as it looks, battles popping up all of the time might not be a bad thing at all.

The time mechanic isn’t just a gimmick for battle; it’s instead an integral part of the overarching plot of Cris Tales, making it feel unified with the tone of this gorgeous fairytale adventure.

Sidequests are a big part of Cris Tales too, and you best believe that you’ll be using her powers to mess with time, but of course, only for good deeds.

While walking around the overworld, as you can see in the picture below, you can constantly see the past, present, and future of the current area that you’re in.

You can see how your choices affect the world around you and the people that live there, and you can easily interact with all three versions by using Crisbell’s trusty frog companion.

There was a sidequest shown that involved Crisbell saving a boy from dying by finding a special item in a sewer dungeon and if you completed the quest, the boy would live and you could see how that impacted his future and his family. And if he were to die, you can also see the impact that that leaves on the family, and yes, it was very sad.

Cris Tales is designed for players to get lost in its world and not focus too much on the main path. This is a game that wants the player to explore slowly through the multiple areas, gather knowledge on the residents in the town, and watch how everything changes because of your own actions.

Getting lost in this world will be a treat because Cris Tales is absolutely gorgeous. The hand-drawn 2D art really stands out and the soundtrack really sets the tone for an epic RPG adventure. It’s all visually and sonically comparable to an animated film, with Crisbell’s appearance similar to that of a Disney princess.

I really enjoyed my time with Cris Tales and the game certainly seems impressive and I’m hopeful for its future. It absolutely wears its JRPG inspirations on its sleeve but it does just enough to make it stand out from the crowd. The gameplay is exciting and super unique, the environments are gorgeous, and the sidequests are meaningful.

Cris Tales launches for Xbox One, PS4, PC, and Switch on Nov. 17, 2020. It’s also been confirmed that next-gen ports of Cris Tales are also in development.