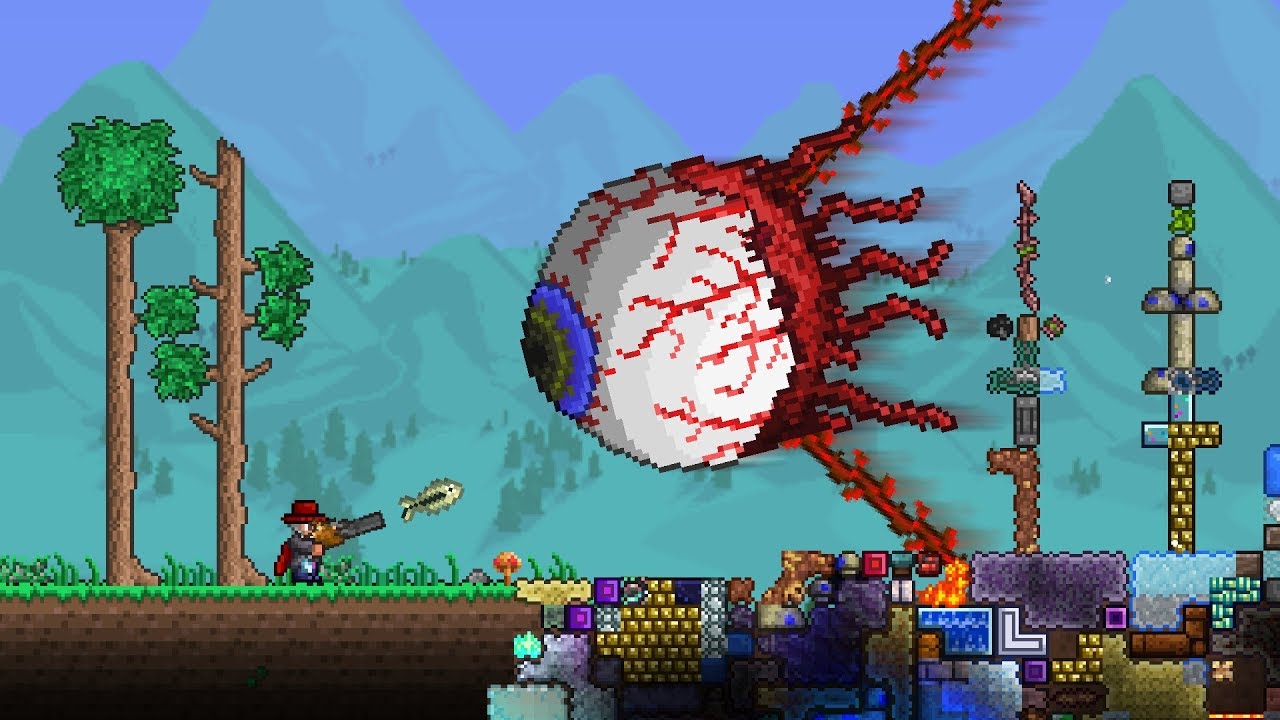 While Terraria may look like a simple creative sandbox title at first glance, there is a lot of depth hidden beneath the surface. The game’s Hardmode represents that depth perfectly, featuring more difficult enemies and unique guns that you’ll use to deal with them. Some items are definitely worth more than others, though. Here is everything you need to know about how to get the Clockwork Assault Rifle in Terraria.

Before you have the chance to get this valuable weapon, you’ll need to summon the Wall of Flesh with a Guide Voodoo Doll. This item can be found via defeating Voodoo Demons in The Underworld.

Once you get the Guide Voodoo Doll, just head over to lava in The Underworld. This kills the guide and summons The Wall of Flesh.

This boss is the strongest pre-Hardmode boss in Terreria, occupying the entire screen vertically and dealing big damage and debuff effects.

How to Get Clockwork Assault Rifle in Terraria

After defeating The Wall of Flesh, there is around a 13% chance of getting the Clockwork Assault Rifle to drop (25% in expert mode). This is the only way to get the item, so if you don’t get it first try, you’ll need to repeat the process.

The gun fires in three-round bursts, each delayed by four ticks, for a total of 12 ticks. When completed, the Clockwork Assault Rifle takes 26 ticks.

Equipping this weapon is ideal when facing a lot of enemies at once, thanks to its high fire rate and low ammo consumption. Anyone who uses expensive ammo will also want to grab this gun.

How to Get Clockwork Assault Rifle in Terraria

That is everything you need to know about how to get Clockwork Assault Rifle in Terraria. If you still have more questions, be sure to search Twinfinite for more guides, tips, and FAQs.