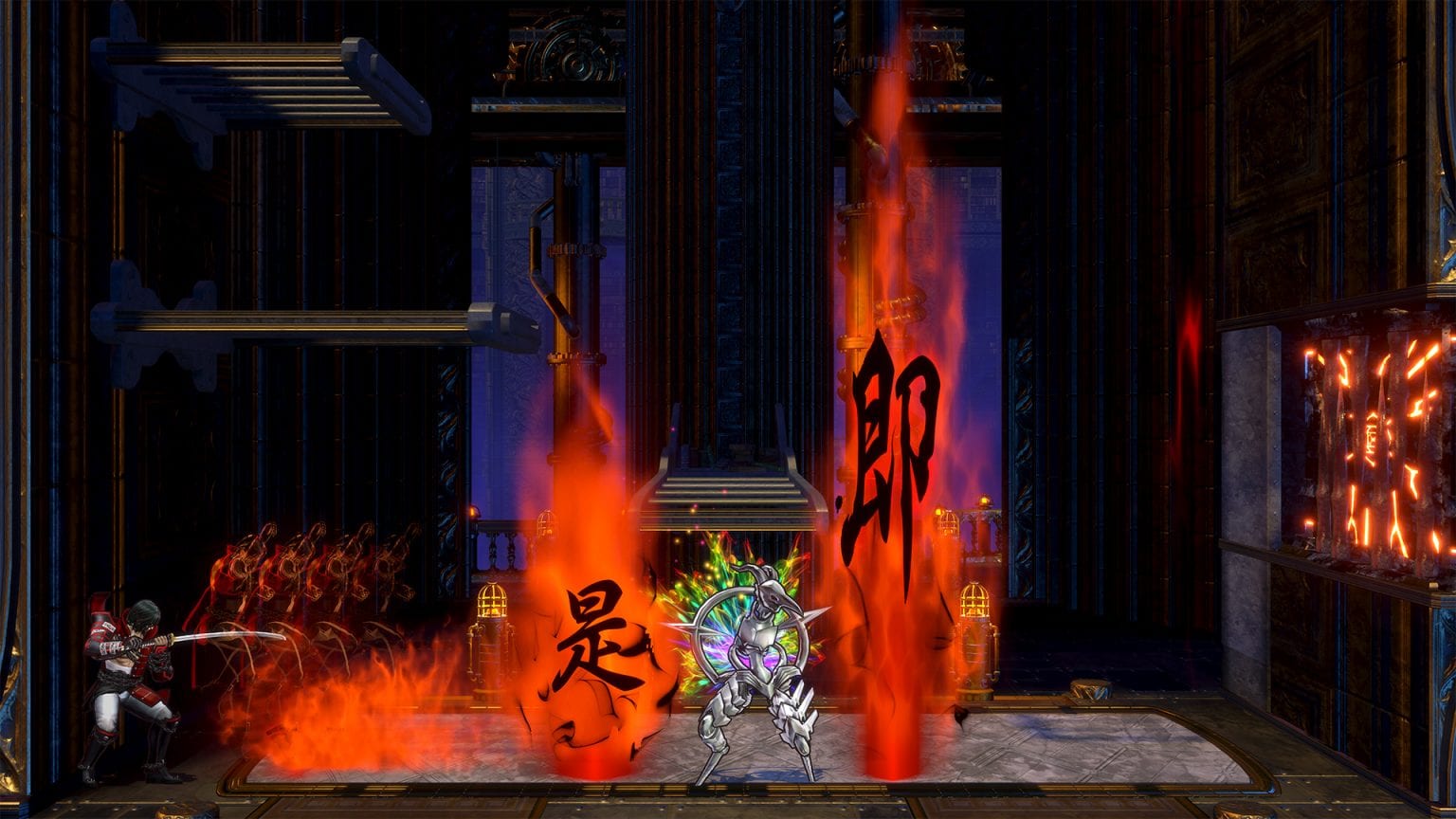 Bloodstained: Ritual of the Night was a massive Kickstarter success that quickly crushed its funding goal, as well as all of its stretch goals that came after. Nearly a year since the game’s official release, 505 Games has finally pushed out a new major update adding a new rogue-like Randomizer mode, as well as Zangetsu as a proper playable character.

I love my rogue-likes, but that’s not the kind of gameplay I want out of Bloodstained, and so, my attention turned immediately to Zangetsu.

The developers had already made it clear that a Zangetsu playthrough would be vastly different from a regular Miriam playthrough of the game; story cutscenes are disabled, and the crafting and Shard systems are also unavailable. All you have is Zangetsu, voiced by the legendary David Hayter himself, and his katana. You can still level him up like a normal character and he does have special abilities that consume MP, but a lot of the core systems are missing here.

This isn’t a bad thing necessarily; Zangetsu’s move set is wholly different to that of Miriam’s, who could be customized to however the player wanted to experience the game. Zangetsu almost feels like a fighting game character at some point, with fast sword attacks and combos that feel wonderful to pull off.

I didn’t think I’d be opposed to running through the game again with Zangetsu, but after a few hours with the new mode, it began to feel more like a novelty than actual replay value. Without the story cutscenes, Zangetsu mode is essentially just Bloodstained: Ritual of the Night without any of its campy charm and cheese that made the game so enjoyable. You’re basically just running through a castle and its dungeons that you’ve already explored multiple times before, and you’re fighting the same bosses (though I hear the final boss is different for Zangetsu), just with a different character.

The overall package is definitely disappointing, especially when you consider we’ve had to wait almost a full year before finally getting Zangetsu as a playable character. With this character’s major role in the base game, it would’ve been nice and preferable to have gotten a whole new scenario with him — something akin to the early Resident Evil games’ B-runs where you could see what the secondary characters were up to while the main character did their own thing, but there’s none of that here.

Bloodstained: Ritual of the Night had such a promising roadmap when it launched, and it’s starting to feel like we’re probably going to be let down by these updates. With still no word on local and online co-op, which was meant to release even before Zangetsu and the Randomizer mode, as well as the disparity between the Switch version and the rest of the platforms in terms of updates, Bloodstained is certainly starting to wear out its welcome.

It’s still one of my favorite games of 2019, and I’ll certainly continue to play it as more of these updates to roll out. With how disappointing these updates and delays have been, though, it’s definitely a good thing that the base game itself is so well-made and polished.