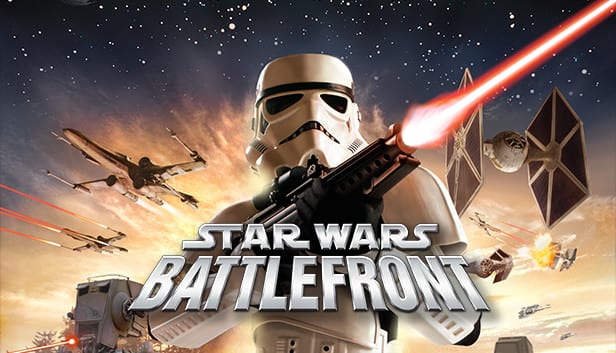 14 years ago, the Gamespy servers shut down for good. A massive list of communities then had to move on to a new game or cobble together fan-run multiplayer servers. The 2004 title, Star Wars Battlefront Classic, was one of the impacted games, but a recent update may just revive multiplayer.

Back in 2014, when online multiplayer was shut down, a new Battlefront game was on the horizon. It seemed like this new title was going to supplant the original. It was clear they wanted to chart a new course with these games instead of continuing down the path left by Battlefront II Classic.

Fortunately, online play is now back in the PC version of the 2004 classic thanks to an update that went live last Friday. If you want to destroy the Techno Union Ships or Echo Base’s Shield Generator with your friends, then you can do so to your heart’s content.

Now, you might be asking, “If this game is from 2004, then won’t it feel super outdated?” Well, the answer is yes and no. The graphics aren’t bad, but they’re very clearly not from this generation. On PC you can play in full HD, but the textures are incredibly flat and aren’t too nice to look at.

But that’s to be expected from a game that’s 16 years old. What truly matters is how it plays over a decade and a half later. Well, the good news is that a game that didn’t have massive control issues when it launched still doesn’t.

I originally played on PS2 and picking up the game again on PC can be a new experience, but it’s still basically the same game. The third-person aiming can take some getting used to since FPS games have become the standard for online competitive shooters.

The camera isn’t as close to the player as current-day third-person shooters. This can make aiming the reticule feel a bit wonky at first. The zoomed-out view is actually a bit refreshing after a while since it helps you see more of the battlefield. And once the aiming clicks for you, it’s a thing of beauty.

Sure, you still have to spam squad controls to get the CPU players to listen to you. But this is one of those games that you’ll want to experience with your friends. And now that you can, you might as well since the game is so cheap.

As a part of Steam’s May the 4th Be With You Star Wars Sale, Star Wars Battlefront is currently only $4.99 (down from the regular $9.99). It’s a relatively inexpensive way to enjoy Star Wars day this year and go on a fantastic nostalgia trip with some friends for a few hours tonight.

Still, despite the discount, a game like this is no fun if you can’t find matches. Right now, it looks like around 400 hundred players are online (according to Steam Charts). I wouldn’t be surprised to see that jump up tonight considering the fact that it’s Star Wars Day.

Even with the current numbers in the hundreds, I haven’t been seeing any major issues with finding matches to jump into. Now, go ahead and enjoy a stroll down memory lane on the Naboo Plains or on the sniper-friendly docks of Kashyyyk.

May the fourth be with you and while you’re here, check out the rest of our Star Wars Day coverage like this PSVR game announcement and some news about the latest Jedi Fallen Order Update.