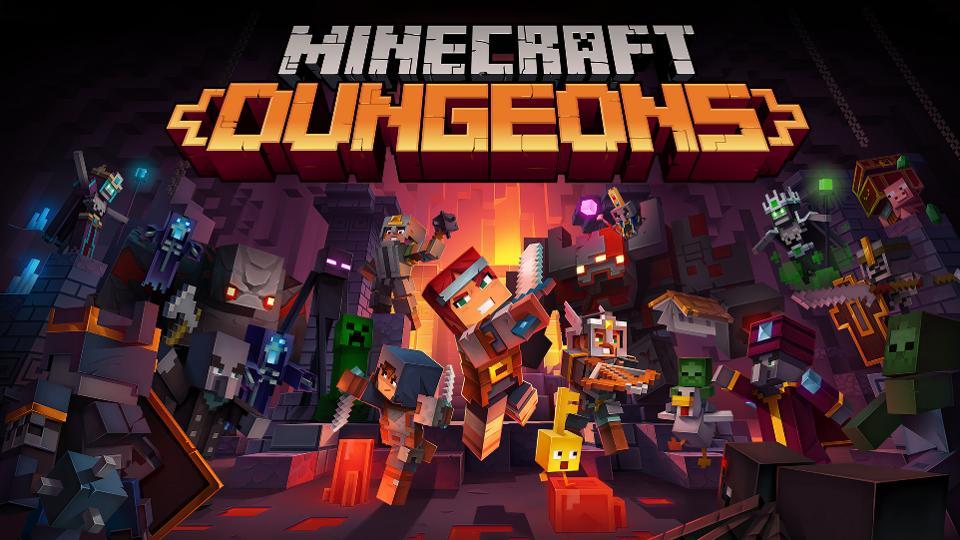 The first thing you need to do is gain access to the Cathedral in the ‘Camp’ area. You may have noticed a raised drawbridge in this area before but with no way of lowering it.

After completing Minecraft Dungeons’ story on ‘Default’ difficulty, players will be able to find bouncy pads just south of the farm area in the Camp. Hop on these to bounce across the gorge. Follow the path around and you’ll eventually come to the cathedral, as well as the level next to the drawbridge so you can lower it for easier access moving forward.

By interacting with this, some runes may begin glowing. If they do, this means you’ve already found a rune from one of the game’s levels. If none of them glow, you’ve got a rune hunt to begin!

All Rune Locations in Minecraft Dungeons

There are 10 different runes you’ll need to track down in Minecraft Dungeons to unlock the secret level in the Cathedral. The first is unlocked by simply completing the game and defeating the Arch-Illager.

For the remaining nine, you’ll need to revisit the game’s different levels and look for pressure plates or switches. Due to the game’s levels being procedurally-generated, it’s difficult to pinpoint the exact location. We’ve done our best though to give brief descriptions of these below.

Right near the end of Creeper Woods, you’ll be tasked with rescuing some villagers. When you’re in this area, begin looking out for a stone floor with a gap in the center of it.

After defeating the Cauldron boss battle, you’ll see a glowing gate to exit the level. Ignore this and look for a large stone pillar to the right that has a bunch of mushrooms growing by it. Stand next to these and you’ll be able to interact with a hidden switch, revealing the second rune.

When you’re tasked with retrieving golden keys to open the door in Cacti Canyon, defeat all of the enemies in this area. You’re now looking out for a palm tree close to the stone wall next to the previously gated-off area. You should find a switch behind it that you can interact with. Do so and you’ll find the third rune in this secret entrance.

When you reach the large castle-like stone wall, climb up the hill next to this to get on top. Look for the pile of wooden crates and walk around behind them. Interact with the switch here and you’ll open another secret door guiding you to rune number four.

This one’s a little trickier to get than the others, namely because of the sheer number of enemies in this section. You want to progress through the level until you need to free villagers from cages.

Once you’ve cleared out the enemies, look for three piles of Redstone crystals next to a lamp over on the left-hand side from where you came in. Interact with the crystals closest to the lantern to find the hidden switch which will open up the way to your fifth rune.

When you’re tasked with finding the golden key during the early-middle section of the Desert Temple level, make sure you’ve lowered the walls with the key.

Rune number seven is nice and easy to grab. Head through the first door and head down the stairs past the dead Redstone golem. Just past it you’ll find a switch on the wall. Flick this to open up the hidden door and grab the rune.

For this one, you need to make your way through the level until you reach the village teeming with zombies and skeletons. Clear these out and then scour the perimeter. You should find a lever just beneath two stained glass windows on the right-hand side. Interact with it to find rune number eight.

Go right to the back wall and you’ll find a book you can interact with. Do so, and you’ll open up a secret passageway guiding you right to the ninth and final rune in Minecraft Dungeons.

How to Unlock the Secret Cow Level in Minecraft Dungeons

Once you’ve got all 10 runes in Minecraft Dungeons, return to the Cathedral and press the golden switch again. All of the runes should be illuminated in purple and the wall in front of you will reveal a hidden entrance.

Head inside and interact with the scroll on the plinth in the center to unlock the ‘???’ level on your map at Camp. Return there and begin the mission to find Minecraft Dungeons’ secret level.

There you have all Minecraft Dungeons Rune locations. For more tips, tricks, and guides, search for Twinfinite, or check out more of our coverage on the game below.